Our investigation, based on the largest data leak ever in Africa, “Congo Hold-Up,” points to illicit activities on the part of some Lebanese. It reveals how the Congolese branch of BGFIbank helped a Lebanese business empire accused by the United States of funding Lebanon’s Hezbollah to circumvent US sanctions. 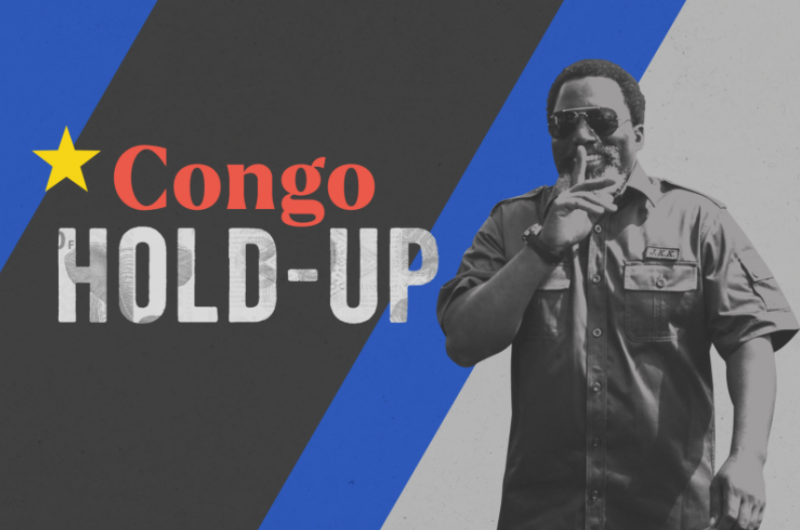 “Congo Hold-Up” is the result of six months of work on analyzing this data. It reveals how more than $138 million of public funds belonging to the Democratic Republic of Congo were embezzled in the country between 2013 and 2018, primarily by the entourage of DRC former President Joseph Kabila, with the help of the private commercial bank BGFI.

This collusion can be explained by the links between the bank’s Congolese subsidiary and Kabila’s clan: BGFI DRC, whose parent company is based in Gabon, was managed by Selemani Francis Mtawle, the former president’s adoptive brother, from 2011 to 2018. When the subsidiary was founded in 2010, Kabila’s sister, Gloria Mteyu, held 40 percent of the company’s shares.

The Platform to Protect Whistleblowers in Africa (PPLAAF) and Mediapart, an independent French online investigative journal, obtained more than 3.5 million confidential documents issued by the BGFIBank Group, including bank statements, emails, contracts, invoices and business records, as well as millions of detailed banking transactions that took place over the span of more than 10 years.

These documents were shared with the European Investigative Collaborations (EIC), and its media partners including L’Orient-Le Jour. They expose the ingenious mechanisms put in place by the bank, which contributed to the illicit enrichment of the president and his clan, allowing them to tap into the state coffers.

In addition to the embezzled $138 million, the equivalent of 250,000 years of an average salary in the DRC, the investigation shows that $33 million was deposited in cash, and $72 million from unknown sources channeled through the BGFI account at the Central Bank of Congo.

This means that a total of $243 million of ill-gotten public funds were allegedly acquired by Kabila’s close entourage through accounts at the BGFI.

The consortium of investigative journalists sought comments from Mtawle, Mteyu, Kabila, BGFIBank and its Congolese subsidiary on multiple occasions, but all refused to comment.

This is not the first financial scandal for the BGFIBank group, which is the largest banking group in Central Africa, with 3.5 billion euros in deposits and 2,200 employees in 11 countries.

The best known is the "ill-gotten gains" case opened by the Financial Pole of the Court of Paris in 2010, in which the family of former Gabonese president Omar Bongo was accused of having used the bank and BNP Paribas to acquire at least 35 million euros worth of property in France between 1996 and 2008.

In October 2016, a case involving the bank’s DRC subsidiary was the object of a report by the Belgian daily Le Soir: the “Lumumba Papers,” a data leak based on documents disclosed by Jean-Jacques Lumumba, the former head of the credit department at the Congolese BGFI Bank.

These documents shed light on suspicious activities within the Congolese subsidiary: dubious withdrawals, unjustified checks, suspicious payments from the Central Bank of Congo to Egal — a private company owned by a close relative of Kabila — and other questionable transactions between BGFI and the Independent National Electoral Commission (CENI) in DRC.

These findings were then studied in depth by two NGOs — now partners of the “Congo Hold-UP” — the PPLAAF and The Sentry, and then by Jeune Afrique in 2017 and 2018.

The leaked documents triggered a series of internal audits, to which “Congo Hold-Up” had access — their findings had serious implications for the bank, but were not sufficiently thorough.

This first leak did not, however, make it possible to put an end to the bank’s embezzlement activities, despite the removal from his post and discreet transfer in May 2018 of Mtawle to the bank’s headquarters in Gabon.

In the coming weeks, the partners of Congo Hold-Up, which consist of nearly 100 contributors working for 19 media outlets and five NGOs in 18 countries, will lay out BGFIBank’s previously veiled malpractices. Contacted by the investigation’s partners, Jules Alingete, the head of the DRC’s Inspectorate General of Finance (IGF), put it clearly and bluntly: “For me, BGFIBank is a mafia bank. This is an inspector general talking here, after having conducted his investigations. What happened is unacceptable.”

Based on this unprecedented information leak in Africa, the consortium will disclose previously unseen business in the heart of the Congolese kleptocracy, ranging from massive misappropriation of public funds to corruption scandals, including millions of dollars that the Kabila clan received from Chinese companies involved in major Congolese mining projects.

The letterbox company Sud Oil, which is under Mtwale’s de facto control, as well as its offices, which enabled the misappropriation of more than $92 million in public funds, via the BGFI DRC, are the focus of the first episode in the Congo-Hold Up series, according to an investigation conducted by Mediapart.

For its part, L’Orient-Le Jour will publish next week a series of articles on the Lebanese aspect of the financial scandal, particularly how BGFIBank DRC helped to expand the commercial empire of a network of Lebanese individuals and companies that the US accuses of financing Hezbollah, and that had already been incriminated by The Sentry investigation.

The documents obtained point to how the Congolese bank helped this network of companies to prosper for years by enabling them to gain access to the international banking system, despite being under US sanctions.

These special ties also manifested themselves in two directions: one of these companies transferred several million dollars to the front company under Mtwale’s control.

The massive international transfers of some $100 million were made despite the many red flags. Another company in this Lebanese network has even received millions of euros in grants from an international development fund.

“Congo Hold-Up” is the result of six months of work on analyzing this data. It reveals how more than $138 million of public funds belonging to the Democratic Republic of Congo were embezzled in the country between 2013 and 2018, primarily by the entourage of DRC former President Joseph Kabila, with the help of the private commercial bank BGFI.This collusion can be explained by the links...