Mikati awaits the opportunity for rapprochement with Syria 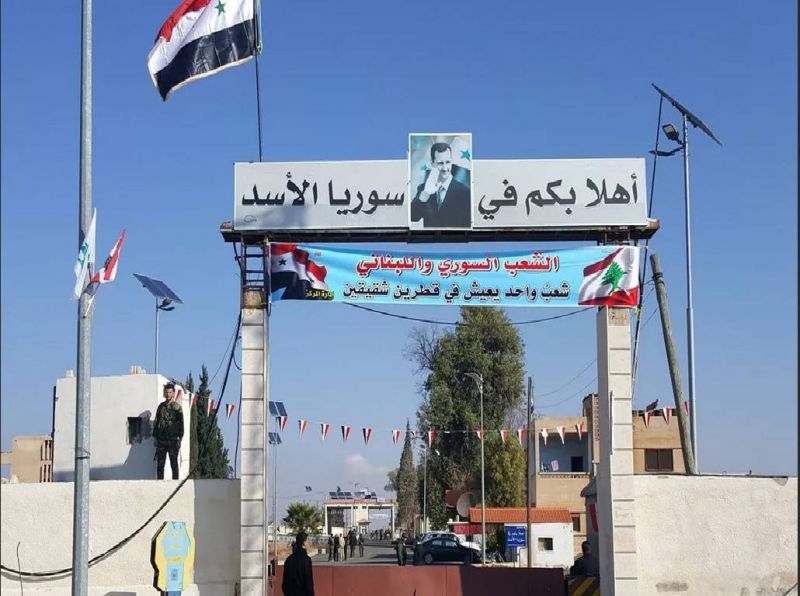 Will Prime Minister Najib Mikati take the road toward rapprochement with Damascus?

Although the time does not seem ripe to renew ties with Syria, political forces once united under the March 8 camp and the Cairo–Amman axis appear to be working on bringing Syria back into the Arab fold.

On Sept. 4, for the first time since the outbreak of the Syrian civil war, a Lebanese ministerial delegation visited Damascus to discuss a plan that would see Egyptian gas and Jordanian power transferred to Lebanon through Syria to help alleviate Lebanon’s crippling electricity crisis.

Pro-Damascus parties hailed the move as a prelude to the full restoration of diplomatic ties with Syria. Mikati’s government was formed a week later in the midst of this new dynamic.

The United States unofficially made exceptions to sanctions on Syria under the Caesar Act, which makes all financial transactions with Syrian institutions illegal under US law, to accommodate the plan.

Some local players interpreted this move as a green or at least yellow light to normalize relations with Damascus.

The policy of US President Joe Biden’s administration vis-à-vis the Syrian conflict remains rather vague and the Cairo–Amman axis intends to take advantage of the current situation before the red lines become clearer.

Amman appears to be heading toward fully restoring diplomatic ties with Damascus. On Oct. 3, Jordanian King Abdullah II received a phone call from Syrian President Bashar al-Assad, the first conversation between the two senior officials since 2011. All eyes are now on Lebanon.

Mikati has repeatedly stated that he wants to reestablish relations with all Arab countries without exception, but he cannot do so without a green light from the US and the other Arab states.

“I will not pay an official visit to Syria without the international community’s approval,” Mikati said on Sept. 27.

Mikati gave his verbal consent to this proposal, but the two ministers insisted on having official authorization, which they eventually received.

On Sunday, Public Works and Transportation Minister Ali Hamiye said the government had instructed him to discuss with Syria transit fees imposed by Damascus on Lebanese trucks crossing the border with Syria en route to Turkey or Iraq.

The Syrian Lebanese Higher Council, which served as an instrument for the Syrian regime during its tutelage of Lebanon from 1990 to 2005, is also pushing for rapprochement between the two countries.

Nasri Khoury, the council’s president, recently met with Lebanese President Michel Aoun. A source told L’Orient-Le Jour that Mikati also asked his deputy Saade Chami to stay in contact with Syria through Khoury in preparation for any development.

“The energy deal with Egypt and Jordan opened the communication channel with Syria. But the rest of the Arab countries need to support this move,” a source close to Mikati told L’Orient-Le Jour.

For rapprochement with neighboring Syria to happen, the Lebanese premier is counting on his relations with Jordanian officials, in particular King Abdullah II, whom he visited on Sunday following a visit with representatives of the Gulf petro-monarchies.

But according to a senior Arab diplomat, “Saudi Arabia continues to oppose any overtures between the two without a clear plan and conditions on the Syrian regime to reduce Iranian influence.”

Meanwhile, Washington says that any exception to the US sanctions on Syria remains conditional upon Syria’s political commitments, stressing that the time has not come for Arab countries to restore diplomatic ties with Damascus.

“We asked Jordan to halt any attempts at rapprochement with Damascus,” a US diplomat told L’Orient-Le Jour, speaking on condition of anonymity.

Washington has turned a blind eye to the border reopening between Jordan and Syria and the phone call between Assad and Abdullah II, but does not want things to go any further just yet.

This call to order has shaken up Amman and Cairo’s strategy, with both countries fearing being targeted by US sanctions themselves.

L’Orient-Le Jour learned that Egyptian, Jordanian and American lawyers have been commissioned to conduct a legal study on ways to circumvent the Caesar Act to avoid paying any price should an agreement be reached with the Syrian government.

The American lawyers confirmed that any attempt to bypass the Caesar Act is limited to loopholes that mostly have to do with small payments subject to many controls — something that has led to hesitation on Egypt’s and Jordan’s part in strengthening their ties with the Syrian government.

Aoun and his son-in-law, Free Patriotic Movement head Gebran Bassil, are also pushing for the normalization of ties with Damascus, but Mikati remains cautious for the moment.

The premier’s reluctance is not a question of ideological reasons, as Mikati favors rapprochement, but he wants the stage to be set and ready for such a move. For him, the goal is more economic than political.

“Mikati believes that Lebanon needs Syria in the agriculture and industry fields and to export its products,” said one of the premier’s advisers, speaking on condition of anonymity.

As things stand now, coordination between the two countries is likely to continue albeit slowly, with ministers visiting Damascus individually, as has been the case in recent years.

Meanwhile, Hezbollah and Iran are stepping up efforts to speed up the normalization process and impose it as a fait accompli.

The Shiite party is pushing to send a delegation comprising the health, public works and transportation, energy, agriculture and industry ministers to Damascus.

Will Prime Minister Najib Mikati take the road toward rapprochement with Damascus?Although the time does not seem ripe to renew ties with Syria, political forces once united under the March 8 camp and the Cairo–Amman axis appear to be working on bringing Syria back into the Arab fold.
On Sept. 4, for the first time since the outbreak of the Syrian civil war, a Lebanese ministerial delegation...