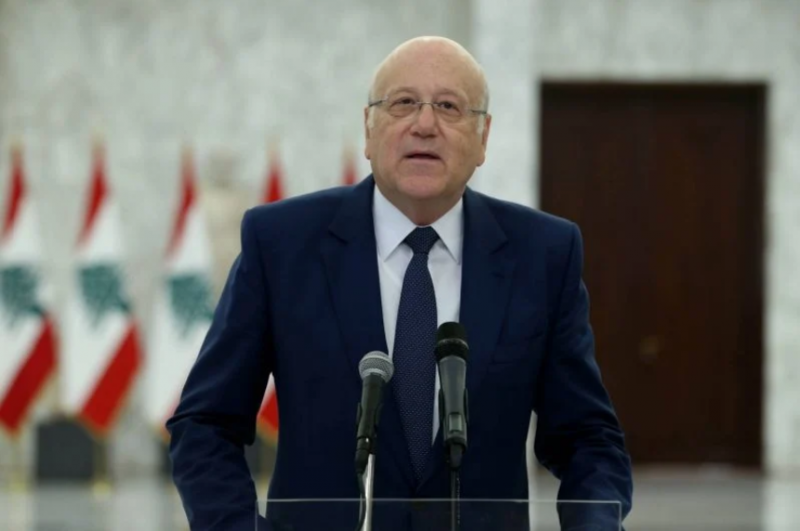 Lebanon is at the bottom of the abyss. Of this state that was once exemplary in this part of the world, only a few laughable crumbs remain. But nobody’s laughing anymore, and certainly not the citizens, who since late 2019 have been counting an ever-increasing number of blows.

Faced with Lebanon’s multi-faceted set of crises, the credibility of our government hangs by a thread: that of the Inter-Ministerial and Municipal Platform for Assessment Coordination and Tracking (IMPACT). This platform, operated by the Central Inspection, has stood firm against all odds; yet, at this critical juncture, you risk undermining Central Inspection’s credibility.

Mr. Prime Minister, it was beyond disheartening to see your Oct. 1 circular demanding that Central Inspection President Georges Attieh “abstain from sending [information] requests to public administrations, institutions and municipalities … unless such requests are processed through the Prime Minister and follow his directives.”

For an oversight body tasked with mapping the public sector and identifying areas ripe for reform, your circular is equivalent to demanding that Central Inspection does its job blindfolded, or under the thumb of the government.

For the IMPACT team, it is a slap in the face to be implicitly targeted in this attack on independent oversight, which comes after launching a new module to digitalize Central Inspection’s procedures for conducting a root-and-branch audit of the public sector. Such an audit is a prerequisite for any sustainable reform to the sector, and it is natural that IMPACT should take on this facilitative role after enabling a transparent COVID-19 vaccination campaign, facilitating needs-based mobility during lockdown and being selected as the platform to run the Cabinet’s upcoming ration card program.

Let us recall that Central Inspection, although attached administratively to the Prime Minister, is a cross-sectoral body created by decree at the start of President Chehab's mandate in December 1959. Chehab, often considered the father of Lebanon’s public administration, had a vision for Central Inspection as a spearhead to audit, coordinate and inspire the various administrations to optimize their performance.

This is clear from Article 2 of Legislative Decree No. 59/115, which specifies that Central Inspection is empowered to: audit the entire public sector through inspections; push for the improvement of administrative processes; offer advice to administrative authorities; coordinate all joint operations between administrations; and carry out studies, investigations and work entrusted by the authorities. In line with advancements in technology, an IT component was added in 1996 to Central Inspection’s responsibilities, mandating it to develop and use digital technologies to support the entire range of its work; as well as to gather, collect, analyze and share information to inform decision-making.

Despite this progressive vision, Central Inspection became emaciated over time, and its ability to bring about positive change was undermined. This occurred during the Civil War (1975-1990), as well as in the 1990s, when those in power viewed Central Inspection as a threat to their authority because it was independent and stood firm, regardless of political vagaries. Thus, the governing logic was to follow a tactic of attrition, letting Central Inspection’s people gradually retire without replacement.

But it is not until now, through your circular, that Central Inspection’s prerogatives have been so flagrantly called into question.

Since the start of the pandemic, Central Inspection’s staff, especially those focused on digital transformation within the public administration, have been supported by the IMPACT team, which has been sustained in this time of crisis through British funding.

Today, IMPACT is the only service providing a realistic and reliable snapshot of the country's situation, whether you are interested in the number of people vaccinated against COVID-19 or in the level of development across Lebanon. The ready availability of such information, and the degree of transparency offered, has naturally earned IMPACT credibility at home and abroad.

Yet, we hear criticism that IMPACT “colludes” with foreign entities. This kind of criticism is too cheap and easy when the local reality is stagnation and the nation’s politicians are widely mocked for their total lack of imagination and initiative.

And for those who criticize: Where are your solutions? What are you trying to prove, and to whom? Can you also hold your head high and say that your team is composed solely of Lebanese lawyers, political scientists, policy consultants, and software engineers and architects?

Digital technology and, beyond that, artificial intelligence, are the worst enemies of the clientelist establishment and the “deep state.” If you have nothing to hide, if you are truly sparing no time or energy to restore the image of this country, let science and technology subject your governance to public scrutiny.

Mr. Prime Minister, let us tell you that your circular runs counter to reform. It is through transparency, and through transparency only, that we will together succeed in giving back to this crushed country a semblance of credibility upon which we can rebuild. Our economy is too devastated by decades of bad governance to let this opportunity for transparency and evidence based decision-making pass. Time is against us, and neither you nor us can afford to procrastinate.

We invite you to conduct an investigation to uncover the behind-the-scenes conservative forces that tirelessly continue to fight the tides of change through manoeuvring and leaking information from your very own office. It is by uprooting them that you will pave the way for the future.

In the past, you have distinguished yourself by your ability to instil change. We urge you to do so again. Join our forces, retract your circular, and give an opportunity to our formidable youth to build a future worthy of this country, which is so in need of a helping and unselfish hand. Extend this hand while our youth are still ready to invest in this country.

The IMPACT team is made up of 50 engineers, lawyers, political scientists, economists, and other experts from academia.

Lebanon is at the bottom of the abyss. Of this state that was once exemplary in this part of the world, only a few laughable crumbs remain. But nobody’s laughing anymore, and certainly not the citizens, who since late 2019 have been counting an ever-increasing number of blows.
Faced with Lebanon’s multi-faceted set of crises, the credibility of our government hangs by a thread: that of the...