Beirut port explosion: Who has an interest in sidelining the lead investigator? 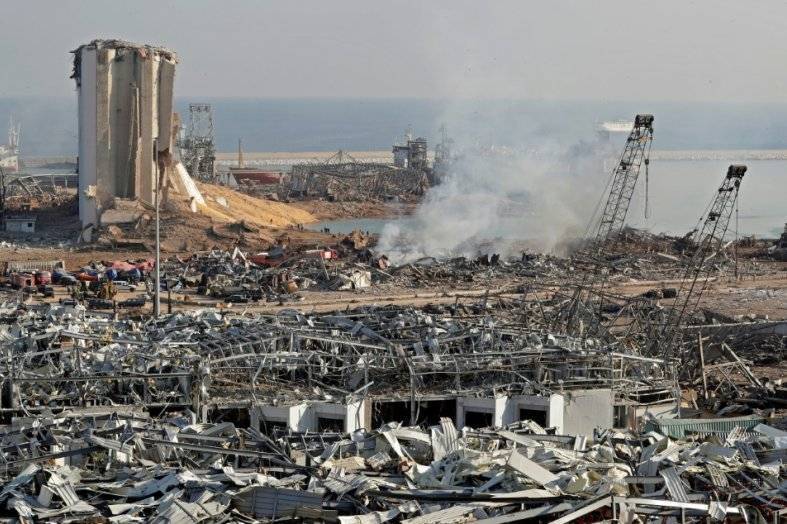 The same ludicrous scenario was playing out once again. Seven months after having gotten rid of Fadi Sawwan, the judge initially appointed to investigate the 2020 Beirut port explosion, the Lebanese political forces now wanted to see his successor, Tarek Bitar, gone too.

Bitar was temporarily removed on Sept. 27 , following a complaint lodged by MP and former Interior Minister Nouhad Machnouk at the Beirut Court of Appeals that alleged negligence and maladministration on the judge’s part. On Monday, however, the court rejected Machnouk’s request and a similar claim filed by former Finance Minister Ali Hassan Khalil and former Public Works Minister Ghazi Zeaiter, allowing Bitar to resume his work.

Despite this apparent victory for the investigator, “the political class has no interest in seeing a culture of accountability spreading in Lebanon. The trial of one politician means the end of the system of impunity that has been in place for 30 years,” a legal expert, who asked not to be named, told L’Orient Today.

Beyond this vested interest among the traditional political parties, each one of them also appears to be making its own calculations.

How have the traditional political parties reacted since the start of the investigation into the Beirut port explosion? Here’s a look back at the attempts at political interference into the probe.

Prime Minister Najib Mikati and a group of former premiers, including Saad Hariri, Fouad Siniorai and Tammam Salam, castigated what they called an encroachment on the “status of the premiership,” lending the issue a sectarian dimension.

More recently, when Bitar subpoenaed Diab, the former premiers condemned the decision as the newest iteration of “a suspicious initiative for years aimed at undercutting the Taif Agreement and undermining the authority of the prime minister’s status.”

This accusation is a jab at President Michel Aoun, who in 1989 opposed the Taif Agreement and whose political camp is accused today of holding a sectarian grudge against those who they claim have deprived Christians of their prerogatives.

The Sunni leaders are backed by Lebanese Grand Mufti Abdel-Latif Derian, who during Friday prayers on Aug. 27 denounced Bitar’s decision, stressing that attacking the prime minister’s status was a “reprehensible” act.

According to the Sunni establishment, the judiciary is targeting former prime ministers, while the president, who was also allegedly aware of the presence of the ammonium nitrate that detonated at the port, continues to hide behind his immunity as head of state

In July, Hariri proposed that diplomatic immunity be lifted from all political and administrative officials, including the president, so that they could possibly be tried in the investigation — one way for the former prime minister, whose legitimacy has been undermined, to embarrass his Aounist opponents, and fomenting sectarian sentiment among the Sunni community in the runup to the legislative elections.

“Article 70 of the Constitution grants immunity to ministers and the prime ministers. In cases of breaching constitutional responsibilities or high treason, they must be tried before the Higher Judicial Council, made up of MPs and judges,” explains Rizk Zgheib, a lawyer and teacher at Saint Joseph University.

This, however, does not apply to offenses under the penal code.

“According to a precedent set by a case that went before the Court of Cassation, which was reinforced in 2003 and 2004, if a minister commits an offense punishable under the penal code, he can be tried before a normal court. This is the case with the Beirut port explosion. So there is no real need for a special law to lift immunities,” Zgheib says.

Hezbollah is the party that has gone furthest in its desire to obstruct the explosion investigation.

In a speech in January, Hezbollah Secretary-General Hassan Nasrallah said the “investigation was now over,” as if to send a message to the lead investigator not to probe any further.

In a speech delivered in early August, Nasrallah called on Bitar to provide evidence to justify his summoning politicians for questioning, ignoring the investigation’s confidentiality.

Among those charged by the judge were Khalil and Zeaitar, two MPs for the Amal Movement, Hezbollah’s main ally, and General Security head Maj. Gen. Abbas Ibrahim, who is known for his close ties with the Shiite party.

Last month, Bitar allegedly received a threatening message from Hezbollah security chief Wafic Safa, who reportedly said, “We’ve had enough of you. We will go to the end of the legal path, and if that does not work, we will get rid of you.” Hezbollah has not officially denied the allegation against Safa.

For the party, the stakes are particularly high because a segment of the public has accused it of being behind the storage of the ammonium nitrate at the Beirut port.

Hezbollah’s supporters have been fueling a social media campaign against Bitar, with a trending hashtag in Arabic reading “Bitar must be replaced.”

The Parliament speaker for almost 30 years, Nabih Berri wants to position himself in this case as the guarantor of parliamentary immunities.

Berri vehemently opposed the lead investigator’s request to lift immunities from the implicated MPs, but above all, the Amal leader seeks to protect his own political camp.

Former Finance Minister Ali Hassan Khalil and former Public Works Minister Ghazi Zeaiter, both of whom are close to Amal, are among the officials implicated in the probe.

“When the lead judge accuses MPs in the Beirut port explosion case, he is not trying to prevent Parliament from legislating or exercising its functions, nor is he trying to remove an MP for political reasons. The pretext of wanting to protect Parliament does not hold up,” the legal expert says.

Notably, Bitar’s investigation was stalled at a time when MPs did not benefit from parliamentary immunity — during the short period from the date the government received Parliament’s vote of confidence, which took place on Sept. 20, to the opening of Parliament’s ordinary session, scheduled for Oct. 19.

On Aug. 7, Aoun ruled out any possibility of an international investigation, arguing that it “could dilute the truth.”

But after both Sawwan and Bitar were appointed, the Free Patriotic Movement supported them on several occasions.

For the FPM, which Aoun founded, the stakes are not as high. Among the officials targeted by the investigation, only Tony Saliba, the head of State Security, is known to be close to Aoun.

Following the investigation’s suspension, the president called for the probe to resume as soon as possible, even if, he said, the judge “made some mistakes.”.

In July, Aoun said he was prepared to be questioned in the case, regardless of his immunity. The FPM, however, must take into account Hezbollah’s stance, its closest ally.

The Lebanese Forces has showed unwavering support for Bitar.

LF head Samir Geagea described on his Twitter account the charges against officials as “a starting point to uncover the circumstances of the Beirut port explosion, arrest criminals and bring justice to the victims.”

Surprisingly, the LF, despite being a staunch opponent of the FPM, did not echo accusations circulated by other political groups that Bitar is a stooge in the hands of the Aounist camp.

This stance is a double advantage for the LF.

First, it allows the party to remain on the same page with the anti-establishment forces and the popular protest movement that began in 2019, to which Geagea has extended a hand on several occasions.

Second, the Christian leader cannot afford to see the investigation hindered, because the majority of the explosion’s victims come from Christian neighborhoods where the LF is well represented.

The same ludicrous scenario was playing out once again. Seven months after having gotten rid of Fadi Sawwan, the judge initially appointed to investigate the 2020 Beirut port explosion, the Lebanese political forces now wanted to see his successor, Tarek Bitar, gone too.Bitar was temporarily removed on Sept. 27 , following a complaint lodged by MP and former Interior Minister Nouhad Machnouk at...

Deadly Tayyouneh shooting, US support to army, 2019 uprising anniversary: Everything you need to know today