Saudi Arabia appears unwilling to get involved once again on the Lebanese scene, unlike Egypt, which has welcomed the formation of Najib Mikati’s cabinet. 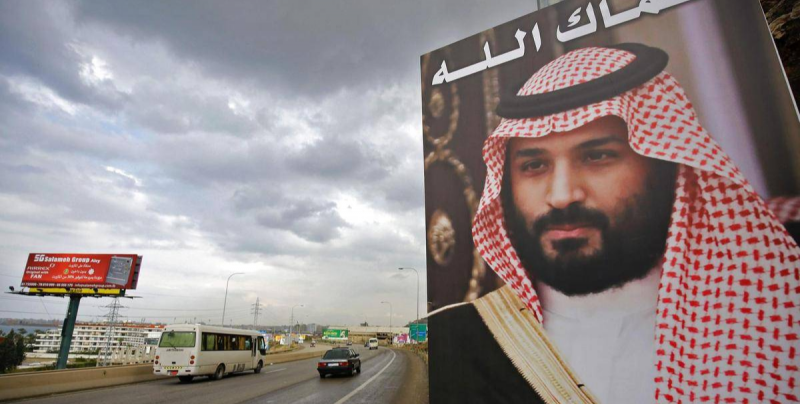 Like Hezbollah Secretary-General Hassan Nasrallah, Prime Minister Najib Mikati is also turning eastward, but not in the direction of Iran or China, but rather Saudi Arabia — Lebanon’s former ally — the support of which seems essential to redress the country’s situation and consolidate the new premier’s power.

“I will knock on all doors, especially those in the Arab world, to rebuild bridges. We need the Arab world to which Lebanon belongs, and I am convinced that our brothers will not let go of us,” said the telecoms tycoon on the day the government formation was announced, after 13 months of stalemate.

The Gulf countries, Lebanon’s main traditional and historical donors, have distanced themselves from the land of the cedars in recent years, considering it to be under Hezbollah’s thumb.

Mikati, however, is banking on the fact that his government has received a green light from the West, and that unlike his predecessor Saad Hariri, he is not persona non grata with Saudi Arabia and would therefore be able to renew ties with the kingdom.

“We are not sure if this will work, but we have already sent messages in this direction,” says a source close to the prime minister.

According to information obtained by L’Orient-Le Jour, since his appointment at the head of the government, the Tripolitan billionaire has been making overtures to the kingdom, contacting several Saudi officials, including Walid Bukhari, the Saudi ambassador to Beirut.

But on the Gulf side, radio silence prevails. With the exception of Qatar, no other country in the Arabian Peninsula has yet reacted to the government’s birth.

While it is customary for Saudi Arabia to wait for the ministerial statement and Parliament’s vote of confidence before expressing its position, the light may be slow to turn green this time around.

Riyadh had boycotted former caretaker Prime Minister Hassan Diab’s government, whose ministerial statement was similar to the one adopted by the new cabinet — its only differences concerned a few economic priorities.

“The kingdom is not concerned with the government formation process. What was expected was a mission government capable of pulling Lebanon out of its crises, but it seems that the result is not up to par,” a Gulf diplomat says.

Contrary to what was foreseen in the French roadmap, the government was formed the old-fashioned way, with the main political parties sharing the cake.

The Gulf countries are not fooling themselves. They are waiting to see the new cabinet carry out real reforms before showing a positive signal in return.

The only good sign came from the United Arab Emirates — which also makes no secret of its political disinterest in the land of cedars. It has agreed to play a role in the energy agreement concluded between Iraq and Lebanon, with an Emirati company winning the first tender to swap Iraq’s high-sulfur fuel oil for fuel compatible with Lebanon’s power plants.

‘The opposite of what they promised’

A Saudi official who wished to remain anonymous described Lebanon’s new government as “a Hezbollah government that was born following a French-Iranian agreement.”

The new cabinet was indeed announced a few days after a phone call between French President Emmanuel Macron and his Iranian counterpart, Ebrahim Raisi, following Macron’s visit to Baghdad at the end of August to attend a summit on easing regional tensions.

“The French are maneuvering, but they have done the opposite of what they promised in their initiative,” the Saudi source adds.

According to information gathered by L’Orient-Le Jour, Riyadh believes that Paris has privileged its own interests and cooperation with Iran to the detriment of Lebanon.

“We have many other priorities than Lebanon, starting with Yemen and preserving relations with Washington,” says another Saudi official, speaking on condition of anonymity. The official also voiced fears about the consequences of the United States’ will to continue its disengagement in the region.

On the Lebanese scene, Saudis are not hiding their concerns about Hezbollah’s increased influence in Sunni areas, notably in Akkar, where the Shiite party has recently distributed financial aid to the victims of the Aug. 15 fuel tanker explosion in the town of Tleil.

While it will likely take a great deal of effort to get Saudi Arabia back on board, Lebanon can count on Egypt, which has made a fairly noticeable comeback on the regional scene in recent months.

“Egypt has welcomed the government formation,” says an Arab diplomat who requested anonymity.

Cairo has been closely involved in the whole process of government formation, defending the Sunni prerogatives, and advocating among the different political parties.

Egypt, however, appears to have moderated its position lately, in light of the energy deal that allows it to export its gas to Lebanon via Syria and Jordan, with the green light from the Americans.

“Egypt has worked with France to bring about the government,” the Arab diplomat says.

Like Hezbollah Secretary-General Hassan Nasrallah, Prime Minister Najib Mikati is also turning eastward, but not in the direction of Iran or China, but rather Saudi Arabia — Lebanon’s former ally — the support of which seems essential to redress the country’s situation and consolidate the new premier’s power.“I will knock on all doors, especially those in the Arab world, to rebuild...