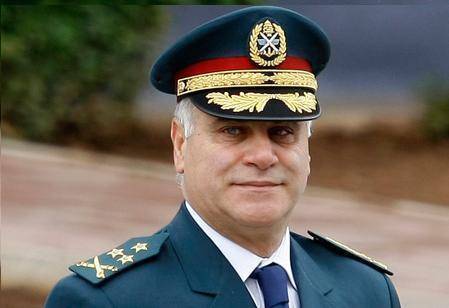 As the issue of MPs’ diplomatic immunity hampering the 2020 Beirut port blast investigation continues to rage across the country, a way around this pitfall appears to have emerged with the new government’s formation on Friday.

The probe’s lead investigator, Tarek Bitar, could soon have the opportunity to question sitting MPs Ghazi Zeaiter, Ali Hassan Khalil and Nouhad Machnouk. All three men served as ministers when the ammonium nitrate that exploded was poorly stored in a warehouse.

Constitutionally, during the period from the government’s vote of confidence to the opening of Parliament’s regular session, scheduled for Oct. 19, MPs no longer benefit from legal immunity, because Parliament will no longer be convened in an extraordinary session, which has been the case since the previous cabinet’s resignation.

The investigative judge, who unsuccessfully asked Parliament to lift the MPs’ immunity, paving the way for him to question them, could seize this opportunity to take legal proceedings against them,without Parliament’s approval.

Under Article 40 of the Constitution, while Parliament is convened MPs cannot be prosecuted or arrested for violating criminal law without Parliament’s permission, except in flagrante delicto cases.

Rizk Zgheib, a lawyer and a lecturer at Saint Joseph University’s Law and Political Science Faculty, told L’Orient-Le Jour, “The MPs’ parliamentary inviolability and the impossibility of legal proceedings against them no longer apply when Parliament is no longer convened.”

“Parliament remains in extraordinary session until a new government is formed and a vote of confidence is obtained. This is when parliamentary immunity is lifted, until the ordinary session is convened, scheduled, according to the Constitution, for the first Tuesday after Oct. 15, which falls on Oct. 19,” he added.

Therefore, Bitar must set the MPs’ hearing sessions immediately after the vote of confidence, but before Oct. 19.

Najib Mikati’s cabinet has a month from its formation to submit its ministerial statement to Parliament, which will then debate it before voting on whether to give confidence. The confidence vote does not have a deadline, constitutional or otherwise.

Would Parliament take advantage of not having a deadline to postpone voting on the ministerial statement until after Oct. 19?

“It is highly unlikely that the vote of confidence will take this long to be made,” Zgheib said.

“Given the urgent circumstances and issues that citizens are waiting to be resolved, the government should not take long to draft and hand over its ministerial statement,” he added.The cabinet has announced that it will vote on its statement on Thursday, Sept. 16, after which it will be passed to Parliament.

But if Bitar is looking to question MPs during the window between the end of the extraordinary session and the beginning of the ordinary one, he must notify Parliament.

Incoming Justice Minister Henry Khoury would have to inform Parliament of the measures Bitar may take against the MPs.

In this case, Parliament’s Secretariat and the Administration and Justice Committee, chaired by Georges Adwan (LF/Chouf), could then ask the investigative judge to either suspend the proceedings or temporarily release the accused MPs until the end of the ordinary session, by the end of December.

Commenting on this scenario, Youssef Lahoud, a lawyer representing the families of the explosion’s victims, told L’Orient-Le Jour that the “provisional immunity” will not discourage the association from getting to the bottom of the case.

He added that the council would wait until the ordinary session ends to resume proceedings against MPs. “We will not stop before all those responsible for the explosion are held accountable,” Lahoud said.

On Monday, Bitar interrogated Jean Kahwaji for nearly five hours, and another hearing is scheduled with the former Lebanese Army commander on Sept. 28.

No action has been taken against him. The lead investigator has yet to compile all the elements of his case.

The hearing had previously been postponed several times because of strikes held by the Beirut Bar Association and procedural objections.

For his part, Lahoud said some of Kahwaji’s statements were “at odds” with statements previously given by other security officials.

According to a source close to the ex-army commander, Kahwaji presented documents proving that he was not informed of the ammonium nitrate until after customs officials learned about the chemical’s presence at the port.

Kahwaji had sent customs a letter requesting the explosive material’s removal “at their expense or at the expense of the party who brought them in,” the source added.

While the victims’ lawyers do not refute such arguments, they insist on the need to ensure that Kahwaji “had fulfilled his duties” regarding other issues, especially because they claim that Daher’s statements appear to contradict Kahwaji’s.

At the disposal of justice

As early as 6 a.m. on Monday, several representatives of the victims’ relatives gathered in front of port Warehouse No. 9, blocking it from both directions, fearing that Kahwaji might not show up for his interrogation.

It appears that the families of victims will continue to mobilize before each hearing session set by Bitar.

Bitar interrogated Gen. Ghassan Gharzeddine, a former intelligence official, on Wednesday for four hours, and he is set to appear again on Sept. 27. Bitar is set to interrogate former Public Works Minister Youssef Fenianos on Thursday.

According to judicial sources, Fenianos’ hearing is likely to be postponed because the Public Prosecution has not yet made a decision concerning the procedural exceptions that his lawyer presented during an initial hearing on Sept. 6.

As for former Hassan Diab, Bitar subpoenaed the former prime minister after he had failed to show up for questioning. Diab’s hearing is set for Sept. 20, but it remains unlikely that the Public Prosecution would force the former prime minister to show up to his hearing session. In any case, Diab has reportedly traveled to the United States, and whether he will return before the 20th remains unclear.

As the issue of MPs’ diplomatic immunity hampering the 2020 Beirut port blast investigation continues to rage across the country, a way around this pitfall appears to have emerged with the new government’s formation on Friday.The probe’s lead investigator, Tarek Bitar, could soon have the opportunity to question sitting MPs Ghazi Zeaiter, Ali Hassan Khalil and Nouhad Machnouk. All three...