Diab leaves before hearing, fuel shipments in limbo, BDL audit: Everything you need to know to start your day

Here’s what happened yesterday and what to expect today, Wednesday, Sept 15. 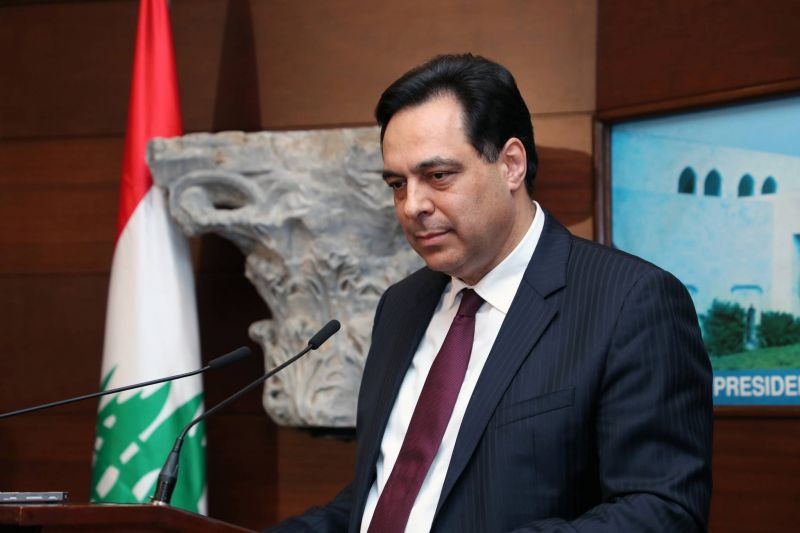 Hassan Diab left Lebanon for the United States on a pre-planned trip, less than a week before his hearing in the Beirut port explosion case. A spokesperson told L’Orient Today that the former prime minister was going to visit his children and that the trip had nothing to do with being summoned by lead blast investigator Tarek Bitar for a hearing scheduled on Sept. 20. Diab reportedly told Al-Sahem he would remain outside of the country for about four weeks, which would effectively confirm that he would miss his session with Bitar; however, the former premier’s spokesperson denied that he ever spoke to the publication. Bitar in August issued a subpoena and ordered security forces to ensure Diab appeared for questioning on Sept. 20 after he had failed to appear for an earlier interrogation. More than 13 months after the explosion, no officials have been held accountable despite evidence that several, including Diab, knew of the presence of ammonium nitrate at the port — which detonated the explosion — and its risks. Officials summoned by the judge have repeatedly evaded turning up for their hearings. Bitar is expected to question former Brig. Gen. Ghassan Gharzeddine, who he charged in July, today.

A new report by the Organized Crime and Corruption Reporting Project has revealed the owners of the British company Savaro, which owned the ammonium nitrate cargo that exploded at Beirut port last August. According to the report, the company was intending to send the cargo from Georgia to an explosives factory in Mozambique, but instead the vessel was detained in Beirut due to alleged payment issues. The report named the owner of the company, which previously denied any connection to the ammonium nitrate shipment, as the Ukrainian businessman Volodymyr Verbonol. Camille Abousleiman, the lead lawyer in a London case against Savaro and a former minister, said in the report that the company shared responsibility for the explosion because it was the legal owner of the cargo and did not take the measures needed to bring back the ammonium nitrate.

Fuel ships preapproved for arrival by Banque du Liban were blocked due to payment issues just as they were set to offload on Lebanese shores, the head of the petroleum importers’ association told L’Orient Today. Four gasoline and three diesel shipments had been preapproved by BDL, which would last a maximum of 15 days were it to hit the market, according to Medco Vice President Maroun Chammas. However, syndicate head George Fayad later said the importing process had been blocked due to payment issues. Spokespeople for both BDL and the Energy Ministry could give no details. The latest fuel delivery issue comes amid a severe fuel crisis in the country that has been a main issue during Lebanon’s summer, with most gas stations remaining closed this week.

Meanwhile, an online oil tracking service has confirmed that an Iranian fuel ship began offloading in Syria’s Baniyas port on Monday. TankerTrackers.com tweeted that it has visual confirmation that an Iranian ship is discharging diesel in Baniyas, which will then make its way overland for neighboring Lebanon. Hezbollah Secretary-General Hassan Nasrallah had announced on Monday that a shipment of Iranian diesel eventually destined for Lebanon had docked in Syria before being hauled to the Bekaa Valley to avoid US sanctions. Nasrallah said at least three more Iranian fuel shipments would make their way to Lebanon in the coming weeks to help alleviate the shortages that have paralyzed the country in recent months.

Lebanon has been saved from a “food disaster” after Beirut port employees decided to resume their work, the head of Lebanon’s food importers syndicate told L’Orient Today. In a statement last week, Hani Bohsali had warned that strikes at Lebanon’s main port could lead to a major “food disaster.” Beirut Container Terminal Consortium equipment operators at the port had gone on strike, demanding better pay amid the country’s economic crisis. A spokesperson for the company confirmed on Monday that the employees are back to work after management heard them out. Truck drivers at the port also threatened to strike this week, but they suspended any action until Thursday, the deadline they have set for their employers to honor a promise to give them a $125 cash raise in salary.

The incoming finance minister will pen a deal for an audit of Banque du Liban with the firm Alvarez & Marsal within a few days, according to the outgoing minister. The new contract is currently still being studied by the Court of Accounts, with less than three and a half months left before the expiration of a law that lifts banking secrecy from BDL and public institutions’ accounts. Lebanon had previously contracted Alvarez & Marsal for an audit in September 2020, but BDL’s refusal to hand over documents on the grounds of banking secrecy led the company to quit in November. Lebanon paid the firm $150,000 under contractual obligation.

Want to get the Morning Brief by email? Click here to sign up.Hassan Diab left Lebanon for the United States on a pre-planned trip, less than a week before his hearing in the Beirut port explosion case. A spokesperson told L’Orient Today that the former prime minister was going to visit his children and that the trip had nothing to do with being summoned by lead blast investigator Tarek Bitar...