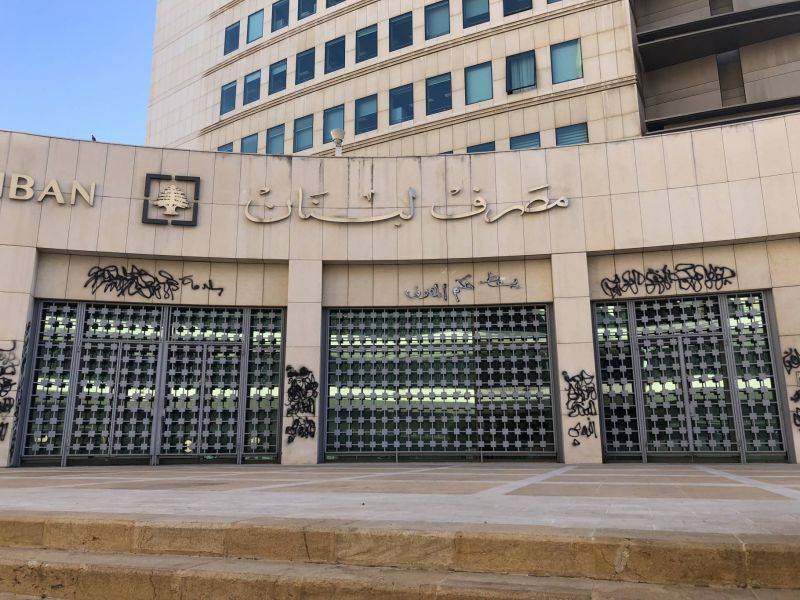 BDL has instructed banks to at least partially repay depositors foreign currency deposits made before the end of October 2019. (Credit: Philippe Hage Boutros/OLJ)

BEIRUT — At the beginning of the economic crisis, getting dollars out of the bank became an impossible task. Now accessing cash lira has become the latest challenge for Lebanon’s depositors.

In a statement released Friday, the Association of Banks in Lebanon blamed Banque du Liban for the cash shortage facing customers, saying that new bank policies limiting lira withdrawals are the result of the central bank lowering the limit on commercial banks’ cash withdrawals from BDL.

Last October, aiming to bolster the lira value, BDL slashed banks’ limits on cash lira withdrawals from their current accounts. It repeated the maneuver in June 2021 with a further reduction in the limit. In turn, commercial banks have piecemeal been reducing or otherwise restricting the amount cash lira depositors can withdraw.

For instance, one major Lebanese bank, BankMed, recently announced a 12% fee or commission on salaries paid by employers to the bank via transfers or other non-cash methods but withdrawn from the bank by employees in cash. The fee is supposedly to be charged to the employer, not the employee.

Another bank, SGBL, has been aggressively lowering withdrawal limits, briefly reducing them to zero for some account holders whose salaries are deposited there before backtracking slightly and setting the monthly limit for September at LL1 million for small depositors and LL1.5 million for larger accounts, the equivalent of $54 and $81 at the parallel market rate.

“Banks cannot give more than what the Banque du Liban insures,” ABL said in its statement, noting that in most cases, companies are not depositing cash to pay out their employees’ withdrawals. “Proceeding from this reality, the banks asked the institutions wishing to exceed the ceilings in force within the framework of paying the salaries of their employees to take the initiative to contribute by providing cash, especially if they charge it for their services.”

Under BDL rules, if a commercial bank wants to draw cash lira above the central bank-set limit, it must liquidate some of its interest-bearing financial instruments held at the central bank. Commercial banks’ deposits at BDL constitute an important source of income for the banks, some of which are believed to be insolvent.

The central bank, for its part, appears to be trying to rein in inflation by reducing the amount of cash lira in circulation.

The quantity of lira banknotes circulating outside of BDL has increased by nearly seven times since the summer 2019 when the lira started to deviate from the official rate of about LL1,507 to the US dollar. The total amount in circulation had reached almost LL41 trillion at the start of September. The amount of local currency in circulation has risen precipitously in large part in order to cover withdrawals from foreign currency, mostly dollar, accounts in lira at the rate of LL3,900.

“The objective of the central bank, why they are restricting circulation, is to try to control depreciation,” said Saeb el Zein, a former managing director with international banks and funds. “If clients draw out cash, they will take their cash, and since they have no confidence in the [financial] system, they will exchange it into dollars,” putting further downward pressure on the value of the lira, he said.

However, the new crunch on lira cash withdrawals has put both employers and employees in a bind.

In the case of BankMed, a business that deposits cash at the bank in order for its employees to withdraw from their salary in cash would not have to pay the new fee, and neither would a business whose employees spend their salaries exclusively via check or debit card.

But with gas stations, generator owners, shop owners, grocers, and medical clinics increasingly refusing to accept checks or bank cards, the possibility of spending one’s salary without withdrawing a substantial portion of it from the bank as cash is unrealistic.

Meanwhile many employers, especially those in traditionally non-cash businesses, are themselves unable to provide the banks with enough paper currency to cover their payroll. In this case, they must either pay the fee or transfer the cost, one way or another, onto the employee.

The Depositors Union, an organization representing the rights of bank customers, recently sent BankMed a notice saying the new fee “amounts to the crimes of theft, breach of trust, fraud and blackmail ” and threatened to file suit if the bank applied the policy.

One BankMed customer, who did not want to be identified, told L’Orient Today that she was among those informed by the bank in late August that they would be subject to the new charge starting in September. She says she was subsequently told implementation had been pushed off a month until October.

However, BankMed’s CEO, Michel Accad, defended the bank’s policy in a series of tweets, saying, “We are currently forced to generate LBP cash notes against LBP checks form [sic] cash rich companies, at a cost of 12%-14%. The rule is simple, and not unreasonable: we only charge companies 12% when we receive transfers to be withdrawn in LBP cash banknotes.”

“No one accepts bank cards,” said an SGBL customer who asked not to be named. “Every so often I need a medical treatment—the pharmacies don’t accept cards… clinics and doctors, not one of them takes cards.”

Update: This story has been updated to clarify that the SGBL withdrawal limits listed applied to some, but not all, account holders.

BEIRUT — At the beginning of the economic crisis, getting dollars out of the bank became an impossible task. Now accessing cash lira has become the latest challenge for Lebanon’s depositors.In a statement released Friday, the Association of Banks in Lebanon blamed Banque du Liban for the cash shortage facing customers, saying that new bank policies limiting lira withdrawals are the result of...