Did banks reverse withdrawal limits for cash lira? Sort of. 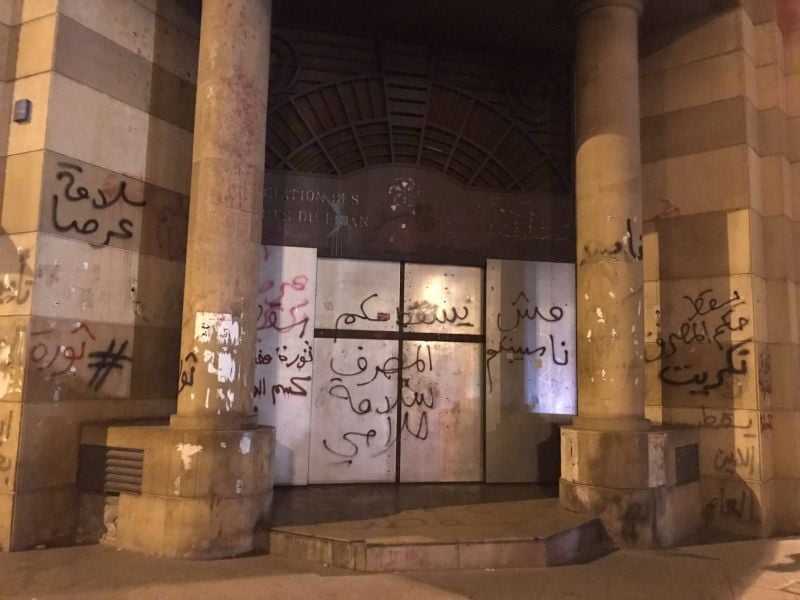 The headquarters of the Association of Banks in Lebanon. (L'Orient Today/Omar Tamo)

BEIRUT — It’s been more frustration for depositors at banks this past week, with lira withdrawal limits in limbo due to a complex give-and-take between Banque du Liban and private financial institutions that has left the Lebanese people picking up the pieces.

Late last week, some customers discovered that the amount of lira they could pull from banks — which had already stopped providing dollars in April — had been slashed.

First National Bank, for instance, halved its cast withdrawal limit for some customers from LL1.5 million per day to LL750,000, which is around $100 per day at the market rate.

Then on Friday evening, the Association of Banks in Lebanon said banks had decided to reverse course on lowering withdrawal limits after reaching an understanding with Banque du Liban.

L’Orient Today’s survey of withdrawal limits on Monday and Tuesday reveals that individual banks took different approaches. Some banks, like BankMed and SGBL, lowered their ceilings on lira withdrawals; others like Bank Byblos lowered their limits before reversing course, following through on the banking lobby’s assurances and going back to previous levels. And some, such as Bank Audi and BLF, appear to never have lowered their limits in the first place.

Whichever way individual banks surveyed moved on the limits, all of them communicated poorly with their clients, leaving depositors in the dark on how much cash they could pull out.

Confusion reigned as flustered depositors told L’Orient Today they had to leave empty-handed after standing in lines at ATMs. This process sparked fury among customers, who accuse banks of holding their money hostage — now even in the local currency.

Some banks, such as BankMed and SGBL, also implemented the new withdrawal limits retroactively, leaving customers who withdrew money based on previous ceilings to wait until the end of the month before they can access their lira again. Depositors who were unable to withdraw their money took to social media in anger.

Lowered withdrawal rates not only hurt individual depositors, but threaten the business community. Since commercial banks stopped covering the demand for US dollars from retailers, the latter had to turn to money changers, where most transactions are generally done in cash.

Beyond that, some suppliers are only accepting payments in cash, most notably medical equipment importers, who on Tuesday announced that they will require hospitals, the Health Ministry, social security funds and other customers to pay 85 percent of bills in cash lira, following BDL's decision to require cash lira in order to make use of the official rate to buy dollars.

Nicolas Chammas, the head of the Beirut Traders Association, warned on Oct. 16 that the limited availability of cash lira would cause “an economic contraction.”

The businessman and vice chair of the board of Cedrus Bank accused BDL of trying to dry up lira liquidity and warned of a parallel market for lira checks. The idea goes: To collect cash lira stuck in banks, some retailers might resort to issuing checks in lira to sell them at discounted prices. For example, a million-lira check could be sold to another individual for LL950,000 cash.

At the center of the withdrawal limits is a complex give-and-take between the country’s banks and BDL.

In order to provide cash lira to its customers, Lebanese banks normally draw from their current accounts with BDL. New measures by the central bank tweaked this process and potentially jeopardized one of the financial sector’s few remaining revenue streams.

On Oct. 14, aiming to reduce the lira in circulation in the country, BDL Gov. Riad Salameh issued a statement putting tailor-made caps in place on the amount of cash that banks can withdraw from their current accounts. Each commercial bank now has a specific quota depending on its size, financial position and liquidity.

When banks exceed this quota, the statement says, they need to draw from their certificates of deposit and fixed deposits held at BDL, interest-bearing financial instruments that provide higher returns — often 7-10 percent interest per year — in exchange for agreeing to leave a lump sum untouched at the central bank for a predetermined period of time.

If banks were to dip into these deposits for cash before the end of that set period, they could lose a considerable amount of income, which has already drastically shrunk following the economic and banking crisis.

To save what’s left of their earnings, some commercial banks took the initiative to decrease their limits on cash withdrawals for individuals and businesses so they would not need to dip into their own lucrative deposits at BDL.

Banks can still use their current deposits in full, but only by issuing checks or other digital payments. It is for this reason that several senior bankers have recently started to encourage the use of electronic payments.

Another reason behind this push is to limit illicit behavior from big players. The latter have been hoarding and accumulating cash, using their collected funds for speculative purposes, according to a senior banker source who requested anonymity since he was not authorized to speak to the press.

Last Friday, when ABL announced the reversal of lower withdrawal limits for customers, it also said it had reached an understanding with the central bank over the restrictions placed on banks’ current accounts at BDL.

An ABL spokesman informed L’Orient Today at the time that this agreement would mean that lira withdrawals for depositors would “return to normal,” as the new deal would allow banks to withdraw cash from their interest-bearing placements at a “small cost the banks accepted to bear.”

The experiences of depositors this week, however, has shown that some banks have chosen to go ahead with lowering limits, despite this agreement. Neither the central bank nor ABL have issued any circular covering official limits on cash withdrawals — leaving it up to the individual banks to decide how to proceed, and leaving customers at their mercy.

BEIRUT — It’s been more frustration for depositors at banks this past week, with lira withdrawal limits in limbo due to a complex give-and-take between Banque du Liban and private financial institutions that has left the Lebanese people picking up the pieces.Late last week, some customers discovered that the amount of lira they could pull from banks — which had already stopped providing...