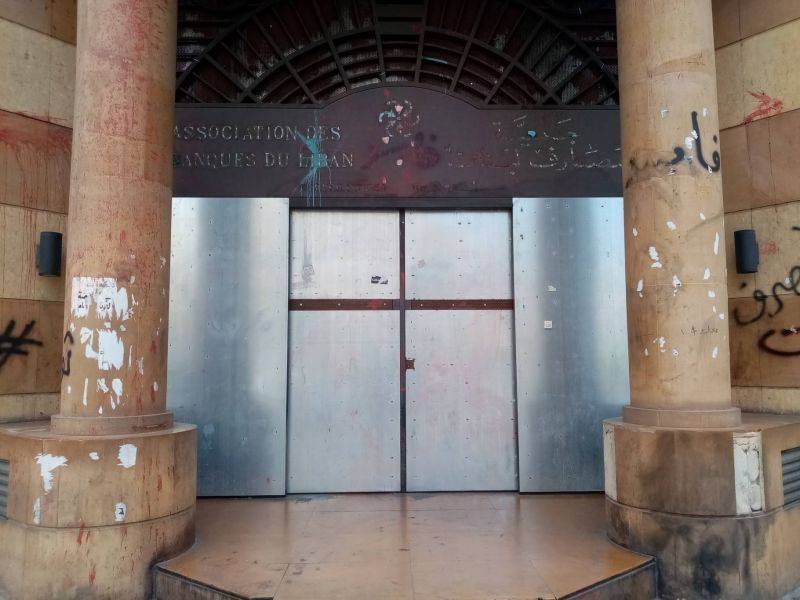 BEIRUT — More than a year after halting US dollar withdrawals and imposing limits on cash withdrawals in lira, commercial banks’ customers have over the past two days discovered that the amount of cash lira they can extract from their accounts has once again been slashed.

Customers and employees at an array of Lebanese banks told L’Orient Today that many financial institutions this week sharply dropped their ceilings on lira withdrawals.

BLF, which had one of the largest withdrawal limits in the country, reported a drastic drop in its ceiling for small depositors: LL30 million lira to LL5 million per month — six times less than the original limit. Larger depositors at the bank can now withdraw either LL15 million or LL25 million per month, depending on account size, a BLF employee said.

This move was reportedly echoed by smaller banks, such as IBL Bank, Credit Libanais and Credit Bank, which all allegedly halved their daily lira withdrawal limit. The daily cap at IBL went from LL1 million to LL500,000 — about $38 at the parallel market rate — while Credit Libanais and Credit Bank dropped it from LL2 million to LL1 million, according to the respective banks’ customers. The monthly limit at the latter now stands at LL6 million instead of the LL8 million that was permitted a week before, customers of the bank said.

No matter the size of the bank or the extent of its curtailments on withdrawals, all of the account holders L'Orient Today spoke to said that they had received no communication from their bank detailing the new limits. Instead, they say, they only discovered the changes while trying to withdraw their money.

A handful of customers meanwhile said their banks had as yet made no changes to their withdrawal limits — specifically naming Saradar Bank and BankMed.

Commercial banks have to varying degrees imposed capital controls on their customers since late 2019. When hundreds of thousands of Lebanese took to the streets on the evening of Oct. 17, 2019 to protest Lebanon’s spiraling political and financial crises, commercial banks in the country shuttered their doors. In November 2019, banks resumed their activities under a set of “exceptional temporary measures” issued by the Association of Banks in Lebanon. These measures allowed banks to impose informal capital controls on depositors that ranged from limiting transfers overseas to completely stopping withdrawals of US dollars.

Commercial banks are subject to withdrawal ceilings too

The latest restrictions follow Banque du Liban’s measures to reduce the quantity of lira in circulation, in the hope of somewhat stabilizing the national currency.

In order to provide cash lira to their customers, Lebanese banks generally withdraw from their current accounts with BDL.

However, last October the central bank placed tight ceilings on the amount of cash that commercial banks can withdraw from their current accounts at BDL, two senior bankers who requested anonymity told L’Orient Today.

Banks are able to work around the BDL lira withdrawal cap, but to do so they must draw funds from their long-term deposits held at the central bank, on which they earn significant interest — 7-10 percent per year — in exchange for accessing cash lira. Banks stand to lose a considerable amount of income if they touch their interest-bearing deposits held at BDL.

In turn, commercial banks were left with no choice but slash their customers’ withdrawal limits, one of the banking sources said.

Lowered withdrawal caps have indirect negative implications on the value of lira deposits. Limiting cash lira dries up lira liquidity and lowers the value of lira cheques, which are now trading at an 8 percent discount.

For example, lira depositors can presently write a LL1 million cheque and sell it in the market for LL920,000. Tightening withdrawal limits would put upward pressure on the discount rate, because the cheque’s cash equivalent becomes more difficult to access the lower the commercial bank’s withdrawal limit is, thereby dropping the real value of customers’ deposits, one of the banking sources highlighted.

Banque du Liban could not be reached for comment on Thursday afternoon. Blom Bank declined to comment on the reason behind further restricting lira withdrawals.

Aiming to stabilize the lira market value, BDL last Thursday used Sayrafa, its currency exchange platform, to inject dollars into commercial banks to cover some necessity imports. The target of this operation is to lower the quantity of lira banknotes outside BDL’s vaults, which is now more than six times higher than it was in the summer of 2019 when the national currency began deviating from the official peg of LL1,507.5 to the dollar. The lira has lost about 88 percent of its value and is currently trading at LL13,100 to the dollar.

BDL announced last week that it will again sell dollars to commercial banks on Thursday.

BEIRUT — More than a year after halting US dollar withdrawals and imposing limits on cash withdrawals in lira, commercial banks’ customers have over the past two days discovered that the amount of cash lira they can extract from their accounts has once again been slashed.Customers and employees at an array of Lebanese banks told L’Orient Today that many financial institutions this week...