How Lebanon made Macron a sorcerer’s apprentice

A year after the French president’s spectacular visit to Beirut, the results are less than impressive. While the blame lies squarely at the feet of the Lebanese side, Paris could have done much better, at least by making its strategy more understandable 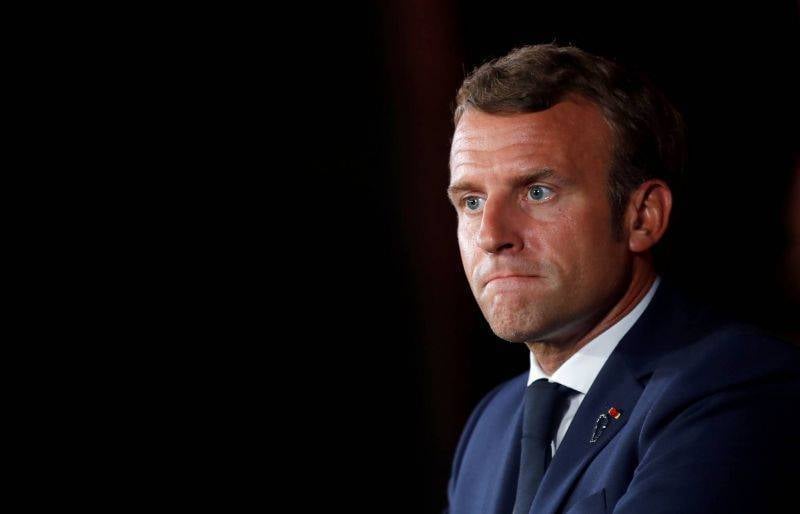 To make a long story short: the responsibility for the failure of the French mission in the land of the cedars lies squarely at the feet of the Lebanese side. No one is able to save a country that does not want to save itself. Emmanuel Macron gets credit for trying, for pitching in, and for not leaving Lebanon prey to extreme diplomatic isolation.

No one has been more effective than he has or has even come up with a better alternative to Macron’s French mission. Lebanon is too broken to be repaired in a few months. The French side was pretentious to believe it could succeed as much as the Lebanese side was naïve to believe that Macron — or anyone else — could play the role of a heaven-sent man under the present circumstances.

Civil society groups have widely reproached the Élysée for contributing to the political class’ “relegitimization” by placing it at the heart of its initiative.

But this criticism may be unfair. The country was uncontrollable and its rulers entrenched long before the French president stepped in, and there is no reason to believe the situation would be any different had he not stepped into this quagmire.

The blame by the opposition parties, some of which certainly had higher expectations from Paris, is seemingly an expression of some sort of frustration with being powerless.

A year after Macron’s first presidential visit to Lebanon, the feeling that the French side has messed up remains — that it sinned out of pride, acted amateurish and, most important, navigated ill equipped for the Lebanese context for months, which made its strategy illegible and wide open to all kinds of harebrained theories.

Macron’s relationship with Lebanon was built from the beginning on a misunderstanding, which the French president’s contradictory remarks sustained. In reaction to the 2020 Beirut port explosion, he organized his trip to Lebanon’s capital on very short notice, probably unprepared.

Cheered by the crowd in the devastated alleyways of the main street of the Gemmayzeh area, he uttered words that will cost him dearly when his initiative’s outcomes are appraised: “I will propose to them a new political pact this afternoon, and I will be back on Sept. 1. If they don’t stick to their commitments, I shall bear responsibility.” The president had double-faulted here.

First, he found the country’s sensitive spot by pointing to the need for a new political pact, which was at odds with his Lebanon mission’s more pragmatic objective to place the country on the path to reform as soon as possible to slow its demise.

Second, he suggested that he will act as gendarmes and sanction obstructionists, although he had neither the intention nor the means to do so at the time. This is mainly where Macron can be condemned: the gap between bombastic rhetoric that promises to change the world — or at least Lebanon — and a far smoother policy that is more consistent with France’s actual means in the land of the cedars.

The French president marketed a promise he was simply unable to keep. He set the record straight during a visit on Sept. 1, which he was noticeably better prepared for, but it was too little too late. In politics, it is difficult to trigger a feeling worse than dashed hopes.

Could he have done differently? Certainly. But with better outcomes? One might well doubt it. He is blamed for asking a political class to bring about necessary reforms as quickly as possible, although it has proved again and again its inability or unwillingness to do so.

He is reproached for having involved the main counter revolutionary force, Hezbollah, in the negotiations that were supposed to pave the way for change. The French initiative was designed to generate tangible and swift results, not to back the forces behind the 2019 popular uprising, at least in its early stages. It chose to build upon traditional political forces, which still have popular bases, although support for some of them has substantially decreased. However, it was an impossible equation from the start: nothing could happen without them, and nothing could be achieved with them.

Still, Macron could have acted in at least two different ways. First, he could have approached the situation with more modesty and agreed not to take on a key role. For instance, despite his ambition in the region, Russian President Vladimir Putin is more discrete in the way he acts in the Lebanese arena, although he has achieved equally poor results. While the French president would not have done more had he avoided being under the spotlight, he would have at least spared himself a setback that brought France back to its status as a middle-ranking power.

Macron is not someone who favors taking small steps in the shadows. But is it really correct to consider Lebanon France’s last fiefdom in the region? “He wants to be the man of the 21st-century Franco-Lebanese relationship,” a member of the French team that devised the initiative recently told L’Orient-Le Jour. The president acted with his own and France’s interests at heart, but above all he acted out of conviction that he must not give up on Lebanon and that he can succeed where so many others screwed up.

Second, he could have given himself the tools to reach his ambitions. Macron had the language of a Leviathan but the means of an officer. He dared not to intervene too aggressively for fear of very abrupt change or being accused of crossing a line into neocolonialism. He could have fixed a long-term objective during his first visit and agreed to lose the game in the short run: supporting the forces seeking change, sanctioning the officials and recognizing a transitional government.

Although a tougher policy would also not have guaranteed a successful mission, it would have been more in line with the energy spent by the president and his team on the Lebanese dossier. It is easy to criticize in retrospect, but a better interpretation of the situation may have saved some time. It would have also made clear the French strategy, which is divided between the desire to obtain swift results and prevent the country’s collapse on the one hand, and the desire to participate in the birth of a new Lebanon on the other hand.

In his address marking Greater Lebanon’s centenary, in 2020, the French president said, “We are not imposing sanctions, because people do not assume their political responsibilities.” Less than a year later, the European Union finally adopted a framework for imposing sanctions against Lebanese leaders responsible for “obstructing or undermining the democratic political process by persistently hampering the formation of a government or by obstructing or seriously undermining the holding of elections.” It’s about time.

To make a long story short: the responsibility for the failure of the French mission in the land of the cedars lies squarely at the feet of the Lebanese side. No one is able to save a country that does not want to save itself. Emmanuel Macron gets credit for trying, for pitching in, and for not leaving Lebanon prey to extreme diplomatic isolation.No one has been more effective than he has or has...