How to live in the dark 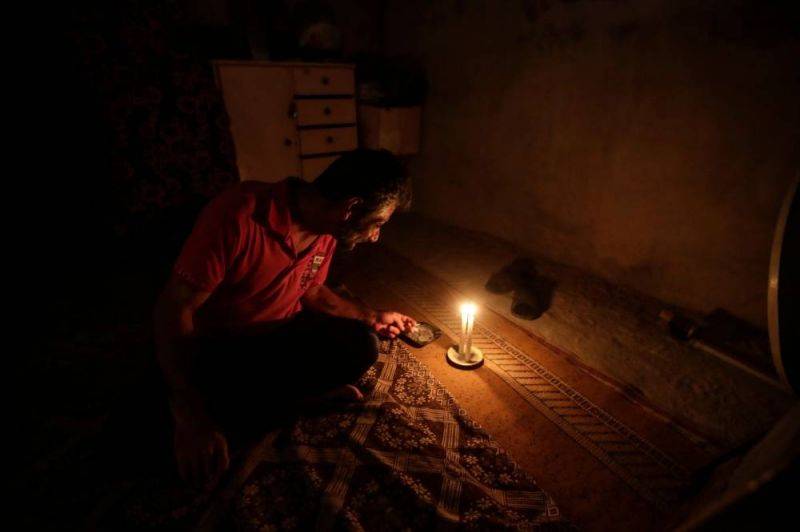 Candles have once again become a necessity in crisis-hit Lebanon. (Credit: Anwar Amro/AFP)

BEIRUT — Amid prolonged electricity outages on the parts of both state and private providers, residents of Lebanon have been forced to seek coping strategies — some of which were used more than 30 years ago, during the Civil War.

“In comparison to the Civil War, this period is definitely worse when it comes to electricity supply,” said 65-year-old Jenan Barakat, who lives in Beirut. During the 15 years of civil strife, state electricity used to be cut off during the day but would come back throughout night, in contrast to the couple of hours of supply witnessed today in Beirut, she added.

The private generator industry in Lebanon, in fact, dates back to the Civil War, while later attacks by Israel on power sector infrastructure “contributed to the wide deployment of diesel generators,” as noted in a 2020 World Bank report on the generator industry.

But now even generators are unable to fill the gap. Private generator owners have been rationing or shutting down amid lack of diesel outside the black market. And particularly in Beirut, the cost of a generator subscription has become prohibitive for some.

Maya Raed, a 23-year-old who lives in Ain Mreisseh, said that this month her power supplier charged her an additional LL900,000 for a 5-ampere subscription — bringing her total bill to LL1,500,000. On the other hand, Yasmeen from Saida, Zaid from Antelias and Wael from Aley reported that they still pay around LL400,000 for the same amount of power.

Why? Residents in a number of areas outside Beirut and its suburbs told L’Orient Today that their generator owners are applying meter-regulation, as required by the state, wherein each supplier charges his clients for how much energy they consume; while many of their counterparts in and around the capital, for reasons that are not entirely clear, impose higher fees regardless of the prices set by the Energy Ministry.

So, in a time of scarce and unaffordable electricity, how are residents of Lebanon coping?

Barakat, whose generator subscription is 5 amperes, gets 10 hours of electricity per day between state power and the generator. “My supplier turns his engine off from 10 p.m. until 8 a.m. and from 11 a.m. until 1 p.m. then from 4 p.m. until 6 p.m.” — giving her only up to 10 hours of generator power per day.

If Barakat and her family are not sleepy, they spend the night under candlelight.

“I learned a trick from my parents during the Civil War on prolonging the candle’s life,” she said. “Keep the candle’s wick trimmed because a long or a bent wick allows for high flames that burn the candle out in a short time. The proper wick length is 0.6 cm.”

A number of people who spoke to L’Orient Today confirmed that they have changed their eating habits as a result of increased electricity outages. With no electricity, foodstuffs are spoiling in refrigerators, costing households hundreds of thousands of lira, so many families have begun buying in smaller quantities.

“We no longer store meat and chicken in the fridge. We get them only when the recipe we are cooking for the day requires meat or poultry,” said Yasmeen from Saida. “We are also avoiding … sauces, because with this much heat, they would spoil without 24 hours of refrigeration and could cause food poisoning.”

“I now only eat out at reliable restaurants that I know have power backups, because unrefrigerated food causes poisoning,” he said.

When eating at home, buying in smaller increments is actually more expensive — adding another burden to the budgets of already cash-strapped households.

“We used to save by buying food in bulk when the lira rate was high and store them in the fridge,” said 23-year-old Rayan. “Now we are unable to do so, since the fridge is most of the time not supplied with electricity.”

Electricity shortages have also changed how people do their laundry.

“We are barely getting by,” said Dana Haidar, 55-year-old mother of two in Burj al-Barajneh. “We get state electricity for one hour per day and generator electricity for 10 hours.”

Haidar told L’Orient Today that the 5 amperes she is subscribed to doesn’t turn on the washing machine, so she is doing what her mother did during the Civil War: washing the laundry by hand. She noted that the power provided can only run the fridge, one fan, three low-energy light bulbs and the television.

Rayan’s mother has created a routine for her large household, which requires daily laundry loads. Whoever wants their clothes washed should place them in the laundry basket during specific times of the day, “the couple of hours when [state] electricity is on,” she said. Whoever forgets to put in their laundry doesn’t get their clothes washed until the next day.

At least for some machines, one way to wash clothes on 5 amperes of electricity: unplug the fridge and run cold water in the machine.

Ahmad, a 27-year-old living in Haret Hreik, said he is not using his dryer as the 5 amperes his family is subscribed to cannot support it. “I’m using a rack my mom has had since the Civil War.”

Meanwhile, parents are struggling to keep their children, who are used to spending much of their time online or watching TV, entertained.

“I am a working mother and I do not have enough time to take my children out, so their sources of entertainment are their phones and video games,” said Haidar. “Unfortunately, they are unable to charge all their devices [two phones and two laptops] with five amperes, and the state electricity never comes.”

Her children tried playing outside, but were discouraged by the heat and traffic on the busy street where they live.

Even staying in the house has become too hot to bear, but people are finding ways to cool off. Those subscribed to 5 amperes, in most cases, can only manage to turn on one fan, since the generator cannot support certain air conditioning units nor multiple fans.

Joe, the coach, said he goes to the gym, a coffee shop or the mall to stay cool when the generator is off.

“Sometimes when I’m too tired to go out, I resort to having a long, cold shower,” he said.

Meanwhile, some like Rayan and Wael have bought universal power supply (UPS) devices to keep their fans running when the electricity fails.

“We have a UPS that we charge on [state] electricity and private generators, and yet the UPS doesn’t provide us with enough electricity to turn on some AC, and definitely not big machinery like the fridge,” said Barraj.

“Some nights I sleep on the balcony and other nights I just don’t sleep,” said Yasmeen. “I shower three times per day, which is not recommended because it damages the hair and skin.”

“It is really disturbing that during these summer days we feel like we need to shower every hour to cool down our bodies and to clean from the sweat. It almost feels like living in caves next to a river,” noted Barraj.

When asked about how they will manage to turn on heating systems during the winter with such poor electricity, Yasmeen and Barakat agreed: they “don’t want to think about it.”

BEIRUT — Amid prolonged electricity outages on the parts of both state and private providers, residents of Lebanon have been forced to seek coping strategies — some of which were used more than 30 years ago, during the Civil War.“In comparison to the Civil War, this period is definitely worse when it comes to electricity supply,” said 65-year-old Jenan Barakat, who lives in Beirut....