A local drug company is set to make the Sputnik vaccine, but its price and financing mechanisms remain unclear 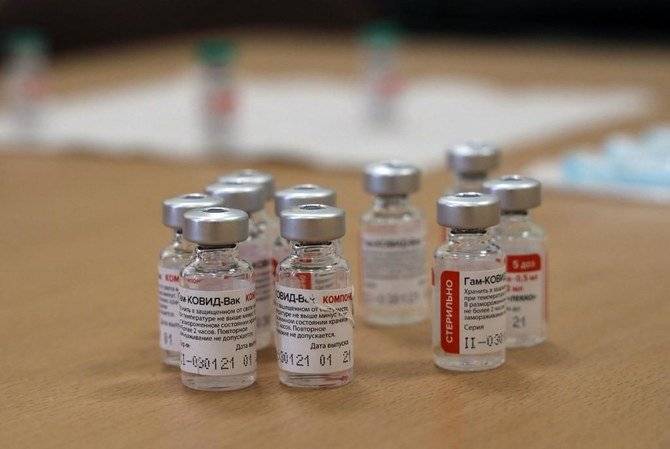 Speaking from the Presidential Palace, Hoballah said that the contract — between Arwan Pharmaceutical Industries and the Russian Direct Investment Fund — should be signed in the first half of June.

However, this date is not set in stone as the company delegation must first obtain visas to travel to Russia, Arwan’s deputy chairperson Ruwayda Dham told L’Orient Today.

Arwan’s factory, which last year gained recognition from the World Health Organization on quality control and good practices, currently produces around 50 products for the local and international market, from antihistamines to osteoporosis medicine.

It has the capacity to produce between 30 and 60 million doses of the vaccine each year, according to Dham.

“This will be a major opportunity for Lebanon and the region and could potentially generate hundreds of millions of dollars at a time when we are suffering from shortages of foreign currency,” Hoballah told L’Orient Today.

Once the contract is signed and the raw materials for the vaccine’s production are delivered to the factory, production can begin immediately, she said. Factoring in quality checks in both Lebanon and Russia, it will take approximately two months for the vaccine to become available on the market.

“We have all the equipment and facilities to produce such delicate products,” Dham continued. “All our staff are trained to handle biotechnology products” and a delegation from the Gamaleya Institute, which developed the vaccine, is expected to visit Arwan to provide additional training.

The Russian vaccine, like Europe’s AstraZeneca and the US’ Johnson and Johnson, is a “viral vector vaccine.” It uses a modified version of an adenovirus, a type of which causes the common cold, to deliver information to the body’s immune system on how to fight COVID-19.

Arwan has been in contact with the Russian Embassy in Lebanon since February this year in the hopes of making a deal to produce the Sputnik V vaccine, Dham said.

The Russian Embassy in Lebanon did not respond to a request for comment.

The company was motivated by two main things, Dham said. First, a feeling of social responsibility towards Lebanon, where the vaccine rollout has been slow.

Only 5.5 percent of adults in Lebanon have received the full two doses of a COVID-19 vaccine. The slow-moving vaccination drive, which was launched on Feb. 14, has primarily been attributed to a limited supply of vaccines. Private sector actors, including political parties, have attempted to boost the number of inoculations, but the total number of vaccines administered remains low.

Lebanon approved emergency use of Sputnik V vaccines on Feb. 5, and vaccination began at the end of March with the import of vaccines by local company Pharmaline. So far, nearly 70,000 doses of the Sputnik V vaccine have been administered, according to the Impact platform.

Pharmaline offers two doses of the vaccine for $38 per person. Dham said that the locally produced vaccine will be sold for significantly less, but that the exact price has not yet been finalized, though, when asked, she said the vaccine would turn a profit for Arwan.

The second reason for Arwan’s interest in the Sputnik V vaccine was “commercial,” Dham said — supporting Lebanese industry and creating a positive image of both Lebanon and the company.

“This will put Lebanon on the map for this type of sensitive pharmaceutical production, it is excellent recognition for our factories,” Hoballah said.

In order to ramp up production, Arwan expects to take on more staff, particularly to help with the marketing of the Sputnik V in Lebanon and the wider region. Neighboring countries including Iraq and Jordan have already expressed interest in purchasing the vaccines for their own populations.

Arwan also hopes that the production of the vaccine will provide a boost to other industries in Lebanon, such as those that manufacture glass, aluminium and cardboard, which have struggled over the last year under successive COVID-19 lockdowns and rising production costs.

While negotiations are nearing a close, profit margins have not yet been finalized and it is still unclear whether Arwan will have to front the cost of raw materials themselves or whether they will be provided by Russia in exchange for the company producing vaccines for them.

The Russian Direct Investment Fund has already made deals for the vaccine to be produced in several countries, including India, Belarus, China and Brazil, with local factories acting as regional hubs for the vaccine’s distribution.

While Dham said the company will be able to finance vaccine production itself for the time being, Arwan has also sought additional financial support elsewhere.

On May 20, Hoballah and a delegation from Arwan met with officials from the International Finance Corporation, the World Bank’s private sector investment arm, to discuss potential funding for the vaccine production.

Arwan has also asked for support from Lebanon’s central bank, Dham said, but neither avenue has yet yielded results.

Saad Sabrah, the IFC’s director in Lebanon, told L’Orient Today in an email that “pending a set of project related clarifications, credentials, and approvals, this opportunity remains at a very early stage.”

“It is still far from being considered ready for IFC funding,” he added.

A spokesperson for the central bank could not confirm a request for support.

BEIRUT — Caretaker Industry Minister Imad Hoballah offered a glimmer of hope for Lebanon’s so-far sluggish COVID-19 inoculation program this week by announcing that a Lebanese pharmaceutical company would soon sign an agreement to produce the Russian Sputnik V vaccine. Speaking from the Presidential Palace, Hoballah said that the contract — between Arwan Pharmaceutical Industries and the...