Eid al-Fitr is over, yet no breakthrough in cabinet formation

As Prime Minister-designate Saad Hariri extended his stay abroad, the Presidential Palace denied reports that the Aounist camp is seeking to replace him. 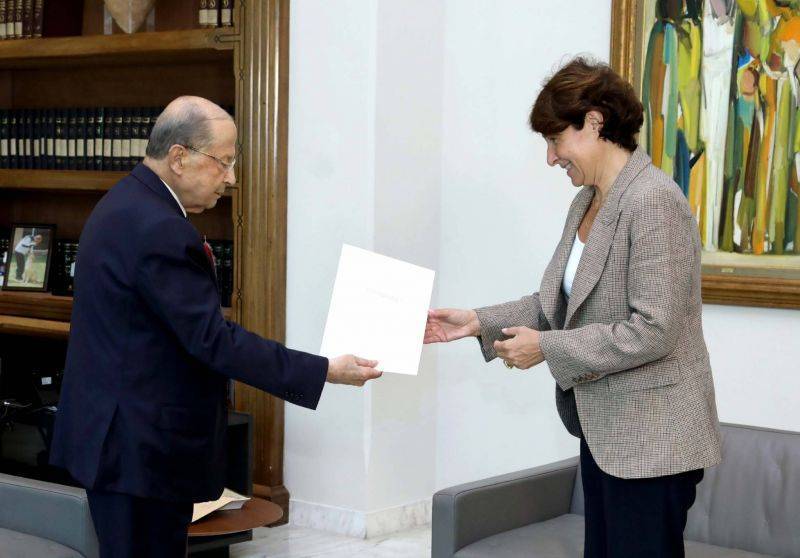 The stalemate in the cabinet formation appears set to persist as no breakthrough is foreseeable before Saad Hariri returns to Beirut. The prime minister-designate has been on vacation in the United Arab Emirates since last week on the occasion of Eid al-Fitr.

During the holiday, rumors abounded that Hariri might step down but were quickly denied. The cabinet formation, therefore, still hinges on Hariri’s decisions, which according to his associates would be announced after the holiday.

The Future Movement leader was supposed to return to Beirut earlier this month, but extended his stay abroad.

Mustapha Allouch, the Future Movement’s vice president, told L’Orient-Le Jour that Hariri is taking the opportunity to meet with officials abroad. Allouch did not specify whom, exactly, Hariri is meeting or what his next destination after the UAE would be.

The ambiguity surrounding Hariri’s next step raises several questions, especially because he continues to struggle to get Saudi Arabia’s green light to form the new government.

“I do not know whether Saad Hariri will be visiting Saudi Arabia. But we cannot wait indefinitely for a clear Saudi position,” Allouch said.

Notably, Tammam Salam — one of a handful of former prime ministers who have always backed Hariri in his standoff with President Michel Aoun — held a one-hour meeting with Saudi Ambassador to Lebanon Waleed Bukhari over the Eid al-Fitr holiday.

L’Orient-Le Jour previously reported that the two men did not address the cabinet formation issue. The meeting was, however, a prelude to more extensive meetings between the Saudi diplomat and former Lebanese premiers, including Fouad Siniora and Nagib Mikati as well as Salam.

On the lookout for a Hariri substitute?

What’s more, there has been talk recently about Mikati being a potential candidate to form the future cabinet, although both Mikati and sources close to him have denied this.

However, a source with knowledge of the issue told L’Orient-Le Jour that the Mikati option has not been ruled out completely, at least for the time being.

For his part, Hariri appears to have backed off from the possibility of resigning, heeding the advice of his associates and different players on the international scene, Cairo in particular.

During a phone call with Hariri three days ago, Egyptian Foreign Minister Sameh Shoukry reportedly requested that the prime minister-designate put this option aside once and for all.

The Lebanese dossier also figured on the agenda of a meeting on May 17 at the Elysée between French President Emmanuel Macron and his Egyptian counterpart, Abdel Fattah al-Sisi.

“Any option, with its pros and cons, ought to be thoroughly examined,” Allouch said, noting that “Mr. Hariri has been given several tips in order to give a new chance to the ongoing talks.”

The Future Movement’s no. 2 man added, “The government could be formed in two days should the head of state approve Saad Hariri’s proposals instead of thinking only of the interests of his son-in-law and the head of the Free Patriotic Movement, Gebran Bassil.”

The Haririans continue to throw the ball into the president’s court, accusing him of blocking government negotiations.

Hariri will once again point the finger directly at the president and his camp for the current impasse, should he decide to break his silence in the coming days.

For his part, Ahmad Hariri, the Future Movement’s secretary-general, said in a statement on the sidelines of Monday’s tribute to the late Mufti Hassan Khaled, who was assassinated on May 16, 1989, “The prime minister-designate will soon take action. He is currently studying all the options in order to make the right decision.”

Baabda’s Presidential Palace on the defensive

The presidency continues to wash its hands of the blockage in the cabinet formation, denying rumors that it wishes to see Hariri cede his position to another Sunni figure.

Speaking with L’Orient-Le Jour, a Baabda source refuted “allegations” of “a plan to push Saad Hariri to resign.” The allegations aim to “cover up Hariri’s failure to present a viable cabinet lineup,” the source added.

He went on to say, “Michel Aoun has expressed his wish to collaborate with the prime minister-designate,” adding that all the president is asking of Hariri is to present a “cabinet lineup that would be in line with the national pact and respects the [power-sharing] compromise.”

Baabda also denied media reports that in a message on May 15 to Macron via French Ambassador to Lebanon Anne Grillo, Aoun blamed the government impasse on Hariri.

On Tuesday, however, Aoun sent Parliament a letter criticizing Hariri’s failure to form a cabinet. “It has become evident that the premier-designate is unable to form a government” that meets citizens’ demands, the letter read. Stressing the negative political, social and economic consequences of delaying cabinet formation further, Aoun asked that the matter be discussed at a general assembly of Parliament.

Hariri responded to Aoun’s missive on Twitter, writing that the president’s message was aimed at drawing attention away from a separate diplomatic scandal.

Grillo had also met with Progressive Socialist Party leader and former MP Walid Joumblatt on Friday, May 14. According to sources close to the Druze leader, the meeting carried a clear message: Paris does not consider Joumblatt to be among those it accuses of blocking the cabinet formation. The PSP leader did not, however, meet with French Foreign Minister Jean-Yves Le Drian during his recent stay in Beirut.

The sources, however, refrained from commenting on whether the meeting with the French diplomat touched on the government formation issue, alluding that the time has come for a “new approach to the matter,” without providing further details.

For his part, Parliament Speaker Nabih Berri still insists that Hariri is the right man for the job.

“If Hariri resigns, the new parliamentary consultations [to name his successor] may not be successful,” an associate close to Berri told L’Orient-Le Jour, stressing that it would be a difficult mission to find another Sunni figure accepted by all under the current conditions.

This article has been updated to include information about the letter sent by Aoun to Parliament on May 18 and Hariri’s response.

The stalemate in the cabinet formation appears set to persist as no breakthrough is foreseeable before Saad Hariri returns to Beirut. The prime minister-designate has been on vacation in the United Arab Emirates since last week on the occasion of Eid al-Fitr.During the holiday, rumors abounded that Hariri might step down but were quickly denied. The cabinet formation, therefore, still hinges on...