A $10 million band-aid staves off blackout — but for how long? 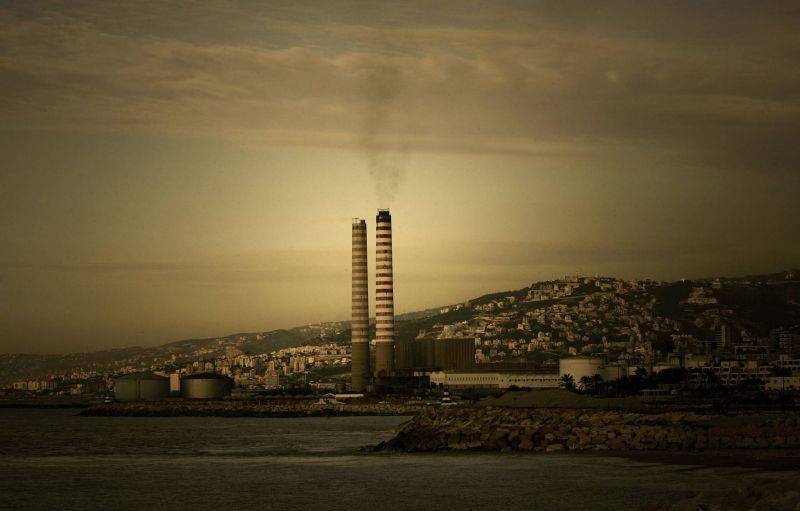 MP Nazih Najem had warned that the Zouk power plant would run out of fuel and cease operating on May 18. (Credit: Joseph Eid/AFP)

BEIRUT — A $10 million lifeline that has enabled the purchase of fuel and averted the closure of the Zouk power plant may only keep the station running for a few weeks, an industry expert has told L'Orient Today. Meanwhile, operations at two other plants remain in danger of ceasing early next month unless more funding to buy fuel is obtained.

Najem had previously warned that the plant would cease operating on May 18, followed by two other plants in June, if EDL failed to secure funding.

Marc Ayoub, an energy researcher at the American University of Beirut’s Issam Fares Institute, meanwhile said “the funding could help Zouk power plant supply electricity for a few weeks, while the Jiyyeh and Zahrani power plants are still in danger of shutting down on June 6 and 8, respectively, as scheduled by the Energy Ministry.”

In March, industry experts estimated that a LL300 billion treasury advance would keep the lights on in Lebanon for about a month and a half, but the law granting this payment has since been suspended, holding up what the country’s caretaker Energy Minister Raymond Ghajar touted at the time as the means to stave off a total blackout.

In the meantime, it remains unclear where the funds will come from to avert power plant shutdowns when the most recent $10 million in stopgap funding is used up.

The price of power

Since 1992, Lebanon has spent $40 billion on its electricity sector, including subsidies, amounting to around 40 percent of the public debt, according to a study by AUB’s Issam Fares Institute.

The state monopoly, which has failed to provide 24-hour electricity for decades, presently only holds LL27 billion in its accounts, including LL17 billion left from a LL1.5 trillion treasury advance payment EDL received in 2020, a Finance Ministry source told L’Orient Today on condition of anonymity.

Each year, the Finance Ministry covers EDL’s budget deficit by providing it with advances to settle its expenses, which are not covered by the state utility’s customers. The Finance Ministry has provided EDL with LL34.3 trillion — $22.75 billion at the official exchange rate of LL1,507.5 to the dollar — since 2000, according to the statement of transfers from the ministry to EDL seen by L’Orient Today.

This document also shows that the Finance Ministry transferred about LL42 billion to EDL during the first month and a half of 2021.

EDL could not be reached for comment on Wednesday.

Lebanon has been without a government for nearly 10 months and its 2021 budget has yet to be approved. The state is currently relying on an extra-constitutional mechanism to finance expenditures, using the “one-twelfth rule,” which sets government expenses and income collection for a month based on one-twelfth of the last year’s budget. This allows the government to spend while waiting for the approval of a new budget.

In March, parliamentarians voted in favor of a LL300 million treasury advance to EDL to keep Lebanon’s power plants running for the coming months.

Since EDL fuel purchases are executed at the official LL1,507.5 exchange rate to the dollar, Banque du Liban would be required to pay out $200 million from its dwindling hard currency reserves to finance this advance.

However, the implementation of the law that would grant this treasury advance to EDL was suspended by the Constitutional Council in May after Lebanese Forces MPs appealed the law, citing their opposition to using the central bank’s mandatory reserves to fund fuel imports.

The appeal to suspend funding expires on May 26, Cesar Abi Khalil, a former energy minister and an MP with the Free Patriotic Movement, told L’Orient Today. The Constitutional Council has not yet held a session to decide on their next steps with regard to the appeal due to lack of quorum caused by the deaths of two of its members, both Abi Khalil and Najem pointed out.

Even if the appeal to suspend the advance payment expires before any action on it is taken, BDL’s ability to provide EDL with $200 million at the official rate in a timely fashion is questionable given its level of foreign currency reserves and reports that dollar payments from the central bank to cover essential imports — such as medical equipment, fuel and foodstuffs — are being delayed by months.

Without touching its mandatory reserves, it appears highly unlikely BDL will be able to continue funding fuel purchases. The caretakerfinance minister previously warned the country may run out of money to fund imports by the end of this month. If and when the funds run out, it remains unclear what action BDL will take. The central bank chief Riad Salameh has repeatedly expressed his commitment to leaving the bank’s mandatory reserves untouched.

The questions over how funding will be secured to keep Lebanon’s power stations working is just one challenge facing those endeavoring to sustain Lebanon’s electricity supply. Turkish energy company Karadeniz, which provides electricity to Lebanon from two power barges operated by its subsidiary Karpowership, shut down its electricity supplies to the country over alleged payment arrears and a Lebanese judicial order to seize its vessels pending an investigation into corruption in the renewal of power-supply contracts.

The Turkish company denied any wrongdoing and at the time told Reuters it would be willing to continue providing Lebanon with electricity if the state halted investigations and covered its dues.

The two power barges provided Lebanon with about a quarter of its electricity. Lebanon owes the company around $180 million as of the end of 2020, according to AUB’s policy paper.

Neither the Constitutional Council nor Karadeniz could be reached for comment.

BEIRUT — A $10 million lifeline that has enabled the purchase of fuel and averted the closure of the Zouk power plant may only keep the station running for a few weeks, an industry expert has told L'Orient Today. Meanwhile, operations at two other plants remain in danger of ceasing early next month unless more funding to buy fuel is obtained. Parliament’s energy committee head Nazih Najem...