A livestock trader in Tripoli pointed out that big profits could be made by purchasing animals from abroad with subsidized dollars and then smuggling them to a third country at a healthy profit. (Credit: Mohamed Azakir/Reuters)

The move was designed to support local producers who either made the goods or used them as ingredients, and to complement price support for core items like fuel and wheat aimed at ordinary people caught up in a spiralling financial crisis.

But for critics of the government, the additions were a sign of a bloated and poorly managed subsidy system that did not always reach the people it was meant to, encouraged smuggling and wasted precious reserves.

“Subsidies should be to subsidize basic things, not an entire industry,” Hani Bohsali, head of the Syndicate of Importers of Foodstuffs, Consumer Products and Drinks, said of the expanded list.

“Do you really need to subsidize cocoa powder and cake-making?”

Around 300 items such as cashew nuts and canned mushrooms were added. The list has now been reduced to around 150 items — still far too many, according to Bohsali.

Asked why so many goods were still on the list, caretaker Economy Minister Raoul Nehme told Reuters that the government had hoped to move quickly to a new program directly subsidizing families with cash.

He also said that any subsidy system was open to smuggling, and that when it was introduced a year ago it was only meant to last a few months.

Lebanon, which is in political paralysis, deeply indebted and struggling to raise funds from potential donor states and institutions, spends about $6 billion a year on subsidies.

Central bank reserves stood at just over $15 billion in March, compared with more than $30 billion before the economic crisis hit in 2019. The central bank did not give more recent figures.

The caretaker government has said money for subsidies could run out as soon as the end of May, in what would be a major blow to a population more than a half of which lives in poverty.

Caretaker Energy Minister Raymond Ghajar warned that Lebanon could be plunged into darkness and the head of the pharmacists’ syndicate said the country was running short of medicine.

With reserves depleted, the government has said subsidies needed reining in, but it has stopped short of ending them until an alternative cash subsidy system is approved by Parliament. 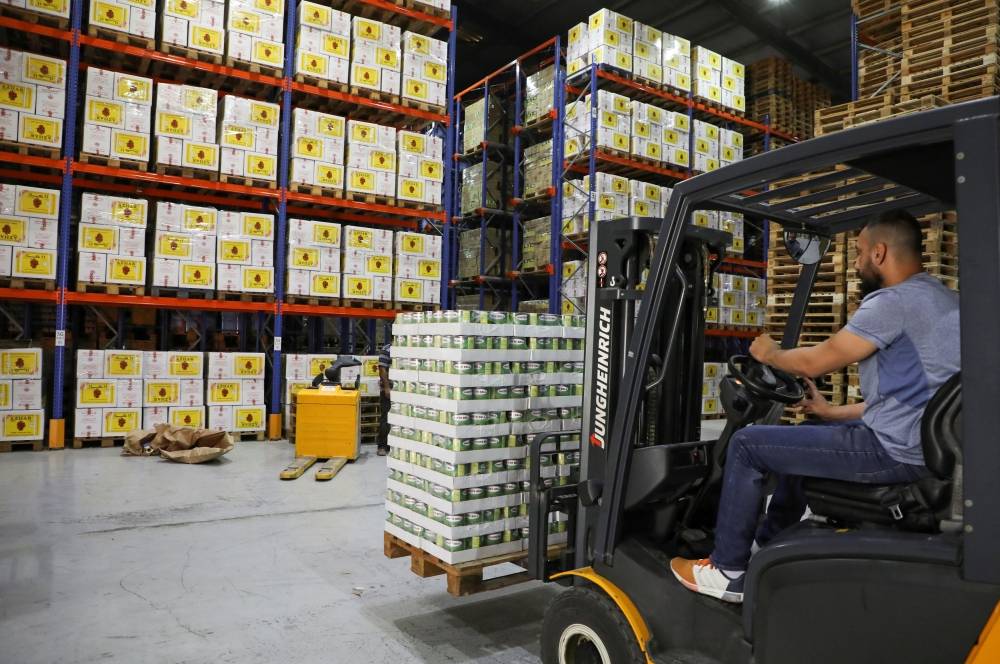 Meanwhile, some of those who most need access to cheap goods struggle to get it. A regulation that stipulates subsidized food items go straight from importer to retailer, for example, can cut out wholesalers who reach smaller outlets and remote areas.

Shoppers can buy expensive French butter at a fifth of its value at upscale Beirut supermarkets, while others are left brawling over subsidized cooking oil elsewhere.

Items with Lebanese subsidy stickers have also shown up in far-flung markets in Europe and Africa.

“From Africa with love” one twitter user wrote with an image of subsidized coffee showing up in her local store in Benin.

Hatem Aboualshra, a livestock trader in the northern city of Tripoli, said big profits could be made by purchasing animals from abroad with subsidized dollars and then smuggling them to a third country illegally at a healthy profit.

Sheep imported from Armenia for around $100 a head, for example, can sell in the Gulf at over $200, he added.

“If they just stop this subsidy the meat will become cheaper because the original traders will start normal work again.”

By far the biggest outlay for the government is subsidies on fuel, which account for around half of the annual bill, or $3 billion.

Many petrol stations are closed because they have nothing to sell, and those that are open attract long queues of cars.

“In all of Beirut I couldn’t find any gas stations … this is the first one I find that is working,” said Mohamed Maktabi, an engineer back home from abroad for the recent Muslim Eid holidays. He had been waiting more than 20 minutes in line.

Minister Ghajar said in mid-April that fuel smuggling into neighboring Syria, where it can be sold for 10 times the price, was the main reason for shortages.

Small villages like al Qasr, in Lebanon's Baalbeck and Hermel region on the border with Syria, are ideally located for the illicit trade.

Villagers living meters from Syria move freely between checkpoints, and small fuel containers are carried on scooters across the border for profit.

A Lebanese army officer involved in patrolling the border said fuel and wheat were being smuggled into Syria, along with clothes, cigarettes and other food items.

“We have managed to stop a large portion of this,” added the officer.

The army has set up checkpoints and surveillance towers on top of the eastern mountains that separate the two countries.

BEIRUT — As Lebanon’s hard currency
reserves dropped alarmingly last year, its subsidy program expanded to include cocoa powder, cashew nuts and saffron.
The move was designed to support local producers who either
made the goods or used them as ingredients, and to complement
price support for core items like fuel and wheat aimed at
ordinary people caught up...