Is Tehran blocking the formation of a new government in Lebanon?

While Hezbollah’s critics accuse it of being the real cause behind the current political paralysis, a recent speech by the party’s secretary-general, Hassan Nasrallah, seemed to disprove this theory. 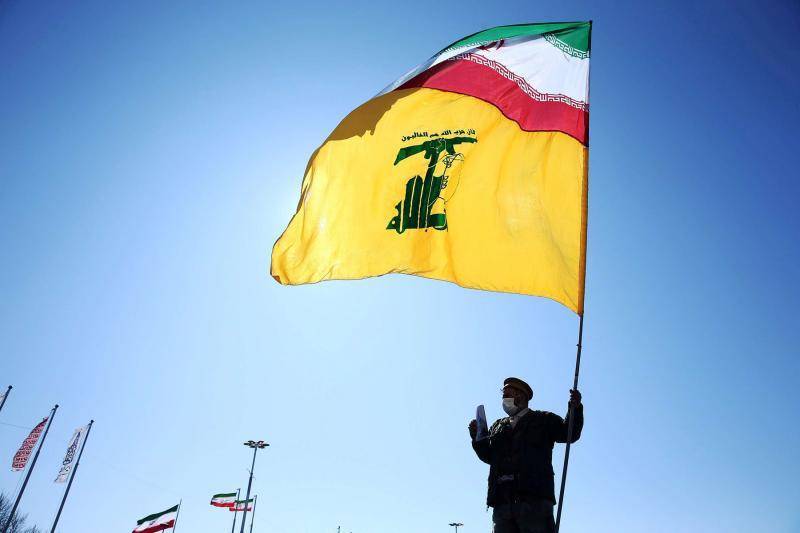 A Hezbollah member waves the flags of the Shiite Party and Iran. (Credit: AFP)

What is preventing the formation of a new government in Lebanon? This is the million-dollar question that everyone has been trying to answer for months now.

Could it be possible, given the situation of general collapse in the country, that the impasse is only the result of an internal power struggle?

Every party appears to be pushing their own theory, which is often based on local considerations and regional stakes. The reasons brought forward by those at the heart of the deadlock are the best example of this.

Hariri accuses both men of obstructing the process, as they insist on benefiting from a blocking third — effective veto power — in the government and on seeking political rehabilitation for Bassil.

Not wishing to confront Hezbollah, the premier-designate avoids blaming the Shiite party or its Iranian godfather for the stymied cabinet formation. Hariri seems to have instructed all components within his bloc to do the same.

But several people close to Hariri are not reluctant to point the finger at the Shiite party, albeit in private.

“If Hezbollah wanted a government, it would have exerted pressure to this effect,” says a close associate of the head of the Future Movement who wished to remain anonymous.

This issue has been a worry for Hariri, who inquired about Iran’s position on the situation in Lebanon during his meeting with Russian Foreign Minister Sergey Lavrov in Abu Dhabi on March 9.

The Russian diplomat assured him that Iran, Moscow’s partner in Syria, was not seeking to block the formation of a cabinet, according to the source close to Hariri.

Aoun and Bassil, on the other hand, believe Hariri is not willing to move forward with government formation because of his relations with and conditions imposed by Sunni regional powers, notably Saudi Arabia.

The kingdom refuses for the moment to lend its support to its former protégé whom it reproaches for adopting a conciliatory approach toward Hezbollah, which is considered a threat to Riyadh. According to Aounists, Hariri is waiting for the conclusion of a new Iranian–American nuclear agreement, which would allow Saudi Arabia to have a more realistic vision of the situation in Lebanon.

For the time being, the agreement between Washington and Tehran is like chasing a mirage. But for many, it could serve as the main potential lever for breaking the stalemate in the Lebanese political scene.

Both the United States and Iran want to revive the nuclear deal, but for different reasons. This desire, however, today clashes with the conflicting demands of the two countries.

Many local observers believe that Iran is keeping the “Lebanese card” up its sleeve for serious negotiations with the US.

Nasrallah’s speech on March 18, in which he “recommended” the formation of a techno-political government (rather than a cabinet of technocrats as suggested by Hariri), was seen as a play for time in the formation of a government — something that several Beirut-based Western diplomats believe is the case.

“The equation that Hezbollah is adopting is now clear,” says a high-level United Nations diplomat.

He argues that ‘this party is not interested in the details. Regardless of the composition of the government, [Hezbollah] is well aware that it will not be formed without it and that it can benefit from it.”

The source adds that “the party, however, does not wish to pressure Michel Aoun or come into conflict with Saad Hariri.”

“[Hezbollah’s] concern is elsewhere: whether or not there is a government, it wants to remain in control of the game. Its approach vis-à-vis Lebanon is broader than this, as it takes into account regional issues and the situation in Iran,” the source says.

Iran’s Foreign Minister Mohammad Javad Zarif clearly told his Russian counterpart Lavrov that Tehran was actually willing to facilitate the process. He even added that Iran was not in favor of keeping the so-called blocking third in the government in the hands of any party.

But, the Iranian top official, who is seen to be part of the moderate camp in Iran, has little influence over the Lebanese issue, which is handled by the Islamic Revolutionary Guard Corps.

A recent statement by Hossein Amir-Abdollahian — Iran’s Shura Council assistant speaker for international affairs, who is also involved in the Lebanese dossier — sets another tone on Iran’s view of the current deadlock in the country.

In a March 29 tweet, Amir-Abdollahian accused Saudi Arabia, the US and France of hampering the formation of a strong government that can count on the “resistance” — a reference to Hezbollah.

Many pundits draw an analogy between the current situation and the time when the government of Tammam Salam was formed in 2014.

Back then, the birth of the cabinet had been delayed for 11 months. It was only formed following a round of talks between Washington and Tehran in Oman.

At the time, Salam received a phone call from then US President Barack Obama, assuring him that a breakthrough would soon be achieved. Simultaneously, Zarif visited Lebanon and the cabinet saw the light of day soon after.

According to a European diplomat who requested not to be named, Iran appears to be the main hurdle in the way of any progress in the Lebanese situation.

“We are convinced that even if President Aoun changes his conditions, other knots would appear, such as the need to represent the Consultative Gathering bloc [which comprises Sunnis of the March 8 camp] or that of reaching a consensus on the government program and plans …” he says.

Hezbollah did not make any concessions in favor of the French initiative, which had nevertheless involved it in the process.

This could be explained by the fact that Iran wants to negotiate directly with the US. However, the arrival in office of US President Joe Biden, who advocates a more diplomatic approach vis-à-vis Iran, could act as a catalyst for a breakthrough.

Hezbollah’s circles use this argument to dismiss accusations that the Shiite party is playing for time.

“The US is now taking a much softer stance since Washington is no longer hostile to a government in which Hezbollah would be indirectly represented, even if this meant not cooperating with its ministers,” says a source close to the Party of God.

The source argues that “Hezbollah cannot be behind the deadlock since it needs this government, but it categorically refuses that it be formed without it, in order to keep a balance.”

“Iran does not go into the details of the cabinet formation,” he adds.

Nasrallah’s most recent speech lends credence to this theory.

“The country is running out of steam and no longer has the luxury of time. It is high time to put everything aside, expectations and differences, and to embark on a serious attempt to get the country out of the current deadlock,” Nasrallah said, in a clear message to all concerned parties, including his allies, to make concessions to this effect.

After Hariri resigned in the face of anti-government protests in October 2019, Hezbollah countenanced the nomination of Hassan Diab, believing that a power vacuum would be conducive to chaos.

But although the party has been handing dollars and aid out to its closest supporters, its social base continues to suffer from the economic crisis and could be increasingly difficult to contain.

Does this change in Nasrallah’s speech suggest that a breakthrough might be in the offing? The answer is far from clear.

For some pundits, while the Shiite party might wish to see the birth of a new cabinet, it is not the only decision-maker here: for Iran, the stakes are still high, and the time is not yet ripe for a settlement.

What is preventing the formation of a new government in Lebanon? This is the million-dollar question that everyone has been trying to answer for months now.Could it be possible, given the situation of general collapse in the country, that the impasse is only the result of an internal power struggle?Every party appears to be pushing their own theory, which is often based on local considerations...