Why Riad Salameh’s future is hanging by a thread

Amid internal divisions and international calculations regarding his departure, BDL's governor is likely to keep his post for the moment, but for how long? 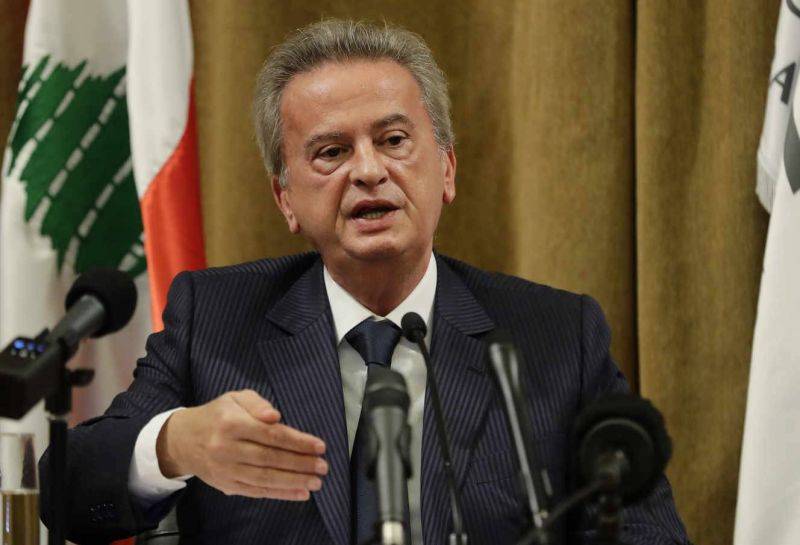 Riad Salameh has been the governor of Lebanon's central bank since 1993. (Credit: Joseph Eid/AFP)

In office since 1993 and long considered one of the essential cogs of the Lebanese political and economic system, central bank governor Riad Salameh appears to have been sitting on an ejector seat for several months now.

His fate hangs in the balance at the heart of a political standoff in the domestic arena. Salameh is booed by a segment of the street and appears to have been cast aside by his international allies.

With the formation of a cabinet at a standstill for almost four months because of a battle of prerogatives between the two poles of the executive, the presidency and the premiership, President Michel Aoun is ready, according to one of his close associates, to give up his demand for a “blocking third” of ministers — an effective veto power — in the future government, on the condition that Salameh is removed.

The question of Salameh’s resignation was raised during the first meeting between the president of the republic and Prime Minister-designate Saad Hariri after the latter’s appointment on Oct. 22.

The hostility of Aoun and his son-in-law Gebran Bassil, head of the Free Patriotic Movement, toward Salameh has grown since the uprising of Oct. 17, 2019 and the sharp drop of the lira.

Salameh, who presented himself as the guarantor of the country’s monetary stability, is particularly accused by Aounists of being responsible for the devaluation of the national currency and the ensuing crisis in the banking system.

The FPM is also seeking to be the political spearhead of the battle for a forensic audit of the central bank’s accounts — a condition of the international community before they will release aid to Lebanon — and accuses Salameh of having blocked the entire process.

Alvarez & Marsal, the firm that was selected to handle the audit, announced the termination of its contract with Lebanon in November 2020, citing lack of cooperation on the part of Banque du Liban and the Finance Ministry, which is affiliated to Parliament Speaker Nabih Berri, in providing the requested documents.

Aounists consider that Salameh is protecting and is even part of the corrupt ruling class, which they say they want to hold to account.

Their political opponents, on the other hand, accuse them of not seriously wanting to conduct a BDL audit, or fight corruption for that matter, arguing that they simply want the head of the governor, whom Aounists view as an ally of the ruling troika of Hariri, Berri and Progressive Socialist Party leader Walid Jumblatt.

Aounists have vilified the three politicians, condemning them as being behind all the ills of the country since the end of the Civil War, particularly Berri and Jumblatt.

However, the FPM is itself divided on this issue. MP Ibrahim Kanaan, who is a member of the FPM and serves as chairman of Parliament’s finance and budget committee, is seen to be closer to the camp defending Salameh.

Support from Hariri, Berri and Jumblatt

Under the government of caretaker Prime Minister Hassan Diab, Aoun has attempted to push for Salameh’s resignation on several occasions.

Aoun has done this despite the fact that he himself suggested during a 2017 cabinet session that the BDL governor’s mandate be renewed as part of the presidential compromise he had reached with Hariri prior to being elected president.

“As long as Salameh was doing Aoun’s business, he had no problem with him,” says a close associate of the BDL governor, alluding to the fact that the entire political class supported Salameh in his financial engineering. This engineering has earned the governor much criticism today, but it benefited the banks, which are largely owned by politicians.

According to the source, the president wants to replace Salameh with former economy minister Mansour Bteich, who was at the head of the FPM delegation to Bkirki to discuss the forensic audit with Maronite Patriarch Beshara Rai, knowing that the latter supports Salameh.

The president’s attempts, however, have so far been unsuccessful. Salameh continues to enjoy the support of Hariri, Berri and Jumblatt, who refuse to see him leave without a prior agreement on who would succeed him.

Hezbollah also appears at odds with its Christian ally, the FPM, and has avoided hurling direct criticism at Salameh. Instead, the Shiite party sends its supporters to scold the BDL governor in the streets.

Hezbollah’s backing of Salameh dates back to the summer of 2016, when the United States imposed sanctions on the party and the US Treasury requested Lebanese banks to close down accounts of its members.

“Riad Salameh had found a way to circumvent sanctions, which protected the banks from possible American measures while allowing [Hezbollah] to breathe a little,” says a source within BDL, who claims that the “governor is not shaken by this political campaign [against him].”

Negotiations with the French

The image of the man who had been repeatedly elected as best central bank governor in the Middle East, and indeed the world, has now been greatly tarnished on the international scene.

In January, Switzerland announced that it had opened an investigation based on suspicions of “aggravated money laundering in connection with possible embezzlement to the detriment of the Banque du Liban,” and requested mutual legal assistance from the Lebanese authorities.

In the context of the investigation, the governor’s assets in Switzerland are likely to be frozen.

In Baabda, meanwhile, there is a conviction that measures against Salameh will not be limited to Switzerland and that other European countries will follow suit as part of a global campaign against him, given his alleged culpability in the collapse of the country.

This is proof, according to the Aounist camp, that the governor no longer enjoys international support, although he has long been seen as an ally of the West in Lebanon.

The president’s entourage further believes that Paris no longer endorses Salameh and has now shifted its support to Samir Assaf, CEO of HSBC Bank in France.

Assaf accompanied French President Emmanuel Macron on one of his visits to Lebanon.

According to information confirmed by several political sources, negotiations have taken place between Aoun and the French concerning Salameh’s resignation.

But given that the president was intransigent in refusing to offer any concession in exchange for the governor’s departure, French pressure against the latter has abated. Salameh’s case, however, remains open.

Jan Kubis, the former United Nations Special Coordinator for Lebanon, has repeatedly pointed the finger at Salameh’s role in the failure of the forensic audit.

This point of view reflects the position of the UN, a diplomat with the organization emphasizes.

“Washington pays particular interest to two posts in Lebanon, that of the central bank governor and of the army commander-in-chief,” says a Western diplomat.

The Americans would thus be ready to let go of Salameh, provided that he is not succeeded by the vice-governor, a post traditionally held by Shiites.

Salameh’s departure does not appear to be in the offing quite yet. His resignation is seen by international actors as a long-term objective, one that would indicate the start of a major change in the Lebanese political scene.

It is a change for which only the political forces would pay the price, as they continue to fail to heed international directives, reacting only when their interests and their fortunes seem at risk.

In office since 1993 and long considered one of the essential cogs of the Lebanese political and economic system, central bank governor Riad Salameh appears to have been sitting on an ejector seat for several months now.His fate hangs in the balance at the heart of a political standoff in the domestic arena. Salameh is booed by a segment of the street and appears to have been cast aside by his...