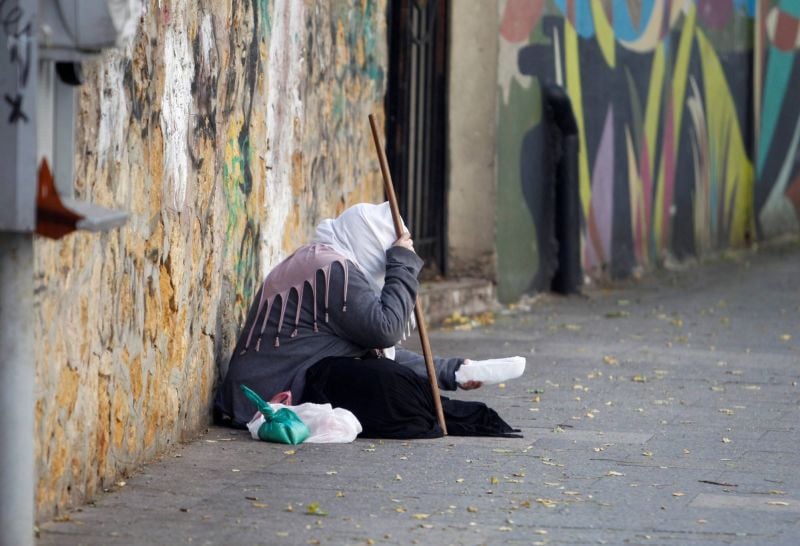 BEIRUT — While the countrywide lockdown instated on Jan. 14 has not always been strictly enforced, aid workers said bank closures and denials or delays in getting permits to move around have hampered assistance from reaching some of the country’s most vulnerable during the closure, even as the need for aid has increased.

On Jan. 25, more than a week into the lockdown, the Lebanese Army began distributing payments of LL400,000 that had been promised to help needy families get by during the closure. In the wake of protests in Tripoli that turned into violent confrontations between protesters and security forces, officials promised to speed up distribution of the cash aid and to hand out food boxes in the city.

But in the meantime, NGOs were left to fill the gap, sometimes with logistical difficulties that were exacerbated by lockdown rules.

Initial results of a survey of civil society organizations providing aid during the lockdown by the research center Lebanon Support found that “banking restrictions are identified as one of the main constraints affecting provision of aid and assistance,” said Lea Yammine, the center’s deputy director.

Amelia Charles, a social protection, livelihoods and food security technical advisor at Save the Children, said that the NGO’s distribution of cash assistance “has been delayed, and in some cases completely stopped due to bank closures and lack of liquidity at ATMs.” This had not been a problem in earlier lockdowns, she said, “because banks were still operating at limited capacity behind closed doors.”

As a result, she said, “With unemployment as it is, and inability to work during the lockdown … people are without any money to make basic purchases.”

That was the case for Nour Akkari, a Syrian refugee in Halba who is widowed with a 6-year-old daughter. She and her daughter have been bouncing between her parents’ one-room apartment and her sister-in-law’s home since she was evicted from the room she was renting due to her inability to pay.

Akkari’s former landlord confiscated her belongings and is refusing to give them back until she pays the money owed, she said. On top of that, she has a mountain of debts to the grocer and pharmacist. So it came as a relief when Save the Children about a month ago found her eligible for a one-time relief payment of LL2.7 million.

But with the lockdown, all the banks in her area closed, and she was not able to withdraw the money.

“Until now, I still haven’t gotten the money, because I went to several banks and it didn’t work,” she said. Staff with the NGO told her that there is a bank branch in Beirut that will dispense the full amount, but so far, she has not been able to make the three-hour trip to try it.

Faisal Mohammed, a Lebanese father of one young son with his wife due to give birth again soon, was allocated funds through the same program. Mohammed said he has been sitting without work since the mana’ish and pastry shop he used to run closed down about a year ago due to the currency crisis and the rising price of supplies.

Mohammed was able to withdraw part of the aid money the day before the lockdown, but because of withdrawal limits, he could not take out the full amount. To go from his home in Akkar to Beirut, where he could withdraw the rest of the money, would require a permit and cost as much as LL200,000 for a taxi.

Finally, a few days ago he was able to get a ride to Beirut with a cousin who is in the army and withdrew the rest of the money.

Meanwhile, other forms of aid, such as distribution of food boxes, have been delayed in some cases by bureaucratic procedures.

While United Nations agencies and certain NGOs were given an exemption from the lockdown to carry out urgent humanitarian missions, they still have to apply for a permit before each trip. Yammine said some groups had reported that in some cases the “government or [UN] organizations ... facilitating permits are denying access/exemptions, and classifying initiatives as not urgent.”

The UN Office for the Coordination of Humanitarian Affairs, in its latest report on the post-Beirut port explosion response, also noted that the lockdown restrictions, “while exempting, for the most part, NGOs, are contributing to delays in implementation” of ongoing shelter efforts, such as repairing damaged homes and distributing winter weatherproofing kits.

Lisa Abou Khaled, a spokeswoman with UNHCR, said that the UN refugee agency was able to deposit the money for most of its cash assistance programs before the lockdown so that refugees could withdraw in time.

Still, she said, many refugees lack the resources to cover their expenses during an extended closure. Data released in December shows that some 89 percent of Syrian refugees in Lebanon are living below the extreme poverty line, defined as less than LL308,728 per person per month.

“Some refugees were able to stock food items and fuel before the lockdown, while many others found themselves forced to sell household belongings to pay rent or buy necessities,” Abou Khaled said. “Those who managed to save enough basic items before the lockdown started remain worried that they will run out of food or money for food and not be able to cover basic needs with the further extension of the lockdown.”

Meanwhile, aid organizations have been getting more requests for help than they can fulfill.

Soha Zaiter, the executive manager of the Lebanese Food Bank, said the NGO has been receiving hundreds of calls and messages a day during the lockdown from people seeking food aid.

Since Food Bank employees are limited in their ability to move, they are collaborating with the Red Cross and other NGOs to distribute to as many Lebanese households as possible and referring refugees to other groups, she said. As of last week, Nabil Itani, the head of the Beirut branch of the Lebanese Red Cross, said the organization had distributed to 1,500 of the “most vulnerable families in Beirut.”

But the supplies are not enough to meet all the needs. During one distribution, Zaiter said, an “old man came, and he started crying because he cannot go back to his house without getting anything for his kids.”

Zaiter said the lack of government support had exacerbated the effects of the lockdown.

“The government didn’t prepare any plan for this lockdown,” she said. “You have a lot of businesses — a plumber, let’s say, a taxi driver, people who sell fruits and vegetables — they cannot go out of their houses to work, so they are staying at home, and they have nothing in the house to cook or to eat. These are the types of people who are reaching us for help.”

Zaiter said if the lockdown continues, the government should “let the NGOs work, of course with social distancing, with all the measures that should be taken regarding safety,” or the situation will get worse.

BEIRUT — While the countrywide lockdown instated on Jan. 14 has not always been strictly enforced, aid workers said bank closures and denials or delays in getting permits to move around have hampered assistance from reaching some of the country’s most vulnerable during the closure, even as the need for aid has increased.On Jan. 25, more than a week into the lockdown, the Lebanese Army...

Lebanon's cash for power generation may run out at the end of March, says minister

As Lebanon’s banks struggle to raise capital, a deadline looms