Four ways Lebanon can import fuel to keep the lights on, and why they all might fail 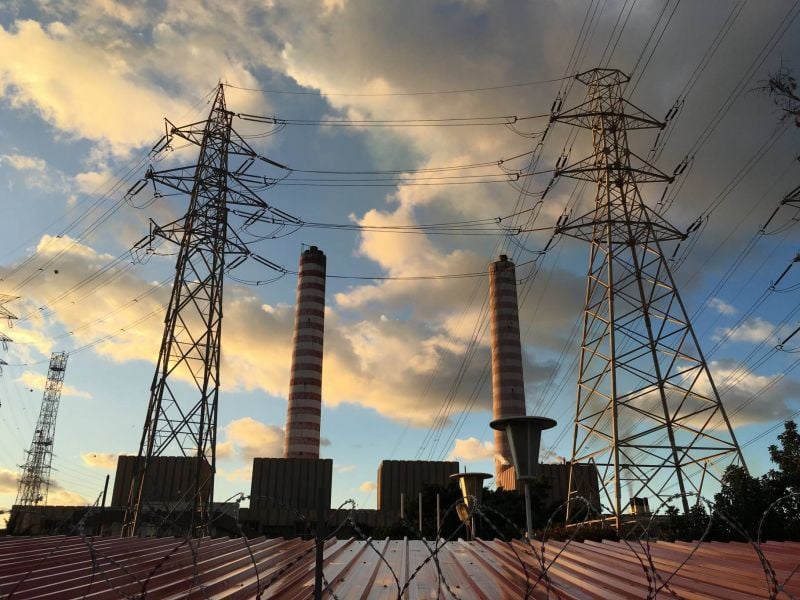 BEIRUT — Sonatrach’s contract to supply Lebanon with fuel to power its electricity stations ended on Dec. 31. To date, no replacement supplier has been found, but caretaker Energy Minister Raymond Ghajar is confident that with or without fuel from Sonatrach, the lights will remain on in Lebanon. Industry experts, however, are less optimistic.

Following a scandal over “tainted fuel,” the Algerian fuel distributor announced last summer that it would not extend its contract with Électricité du Liban. Multiple sources familiar with Ghajar’s strategy say he claims Lebanon can secure fuel to last until the end of 2021 through four proposed routes.

The minister himself did not respond to multiple requests for comment, and the Energy Ministry rejected L’Orient Today’s request for an interview, citing ongoing negotiations within the Lebanese state.

Ghajar’s first port of call is Sonatrach. On Dec. 28, the caretaker minister told Parliament’s Public Works, Transportation, Energy and Water Committee that the government can still import fuel from the company, as some quantities agreed upon in the expired contract had not been ordered during the last three years and so could be called upon now.

This could provide fuel for Lebanon for several months, Ghajar claimed, insisting there is no prospect of darkness in the country.

However, the former managing director of investments at EDL, Ghassan Beydoun, questioned the legitimacy of this statement, contending that the Sonatrach contract does not contain any clause related to unimported quantities after the contract expires.

Beydoun also told L’Orient Today that Sonatrach would only agree to supply Lebanon with fuel if the charges against it in the tainted fuel scandal are dropped.

But lifting these charges is extremely difficult, according to Nizar Saghieh, the executive director of Legal Agenda, a judiciary and public policy monitor. Saghieh says the charges can only be dropped if Parliament grants Sonatrach amnesty or if there is political interference in the judiciary.

Neither Sonatrach nor the offshore Sonatrach entity that deals directly with Lebanon could be reached for comment.

In late December, Iraq’s oil minister said his country had agreed to sell Lebanon fuel at “global market prices,” adding that the supply would be “limited” and the quantity would be “announced later.”

But regardless of the quantities available, a supply from Iraq is not an automatic solution to Lebanon’s fuel needs. Iraq’s oil is high in sulphur, and without refinement, does not comply with international standards to run power plants, said Yahya Mawloud, the chief operating officer of Middle East Power. Using such fuel would require much higher levels of maintenance.

In addition to the costly necessity of refining Iraq’s oil, Marc Ayoub, an energy researcher at the Issam Fares Institute at the American University of Beirut, told L’Orient Today that the preliminary agreement with Iraq faces barriers in terms of the complexity of transportation and payment obstacles.

Simply put, if a deal is reached with Iraq, its petroleum products would have to be shipped to another country for refinement and then transported to Lebanon. This is costly and inefficient compared to buying fuel that fits the specifications of Lebanon’s power plants.

Policymakers are selling the idea that Iraq’s oil does not need refinement but can be treated at either the Tripoli or Zahrani oil refineries. However, these refineries are obsolete: neither has operated in decades.

A third means of securing Lebanon’s power supply is to put the fuel contract out to tender in order to select the best offer to import fuel. However, according to Beydoun, multiple political and managerial blockages hinder the launch of such a tender.

Official communications on the matter reinforce Beydoun’s conjecture. Attempts to reach an agreement between the state’s Tenders Department and the Energy Ministry have come up short due to “exaggerated technical specifications, which raise the price” of imported oil, the department said in a letter to the ministry in November.

The book of conditions presented by the ministry means the Tenders Department is “facing a questionable new deal,” the letter added.

The Free Patriotic Movement — the party with which every energy minister for the past decade has been allied — is working in collusion with its supporters in order to gain an unfair market advantage for the tenders, Beydoun claimed.

Former Energy Minister Cesar Abi Khalil denied the accusation, saying that power plant manufacturers such as Siemens are the ones that set the specifications for fuel.

Abi Khalil, also an MP with the FPM, denied any collusion with companies entering the tender: “About 20 multinational companies are willing to bid for contracts, and the FPM does not have any connection with these enterprises.”

In the likely event that it proves unviable to tap the expired Sonatrach contract for fuel, to refine Iraq’s oil either abroad or in country, or to launch and complete a tender for a new supplier, Ghajar’s and Lebanon’s final option would be to make spot fuel purchases, which, Ayoub said, are very costly and must be paid for up front in foreign currency.

This, and indeed any of the other paths, will encounter financial barriers.

To execute any fuel purchase, a law must first be passed to allocate an advance payment to EDL from the Ministry of Finance to cover its dues. Second, the central bank must provide around $1.5 billion in hard currency for a year’s worth of fuel imports. Without touching its mandatory reserves, BDL simply does not have this money.

On Jan. 8, Gov. Riad Salameh said that BDL holds $17.5 billion in foreign currency reserves. However, about $17 billion are set as reserve requirements, and Salameh has repeatedly expressed his commitment to not dipping into these funds. The remaining $500 million in usable reserves would last for one month at the rate at which BDL has been expending them.

Despite warnings over the risk this poses to the state’s ability to maintain subsidies on fuel, wheat and medicine, Lebanon’s sectarian leaders have still not provided any feasible solution to mitigate the risk of electricity blackouts — which could come as early as within the next few months.

BEIRUT — Sonatrach’s contract to supply Lebanon with fuel to power its electricity stations ended on Dec. 31. To date, no replacement supplier has been found, but caretaker Energy Minister Raymond Ghajar is confident that with or without fuel from Sonatrach, the lights will remain on in Lebanon. Industry experts, however, are less optimistic.Following a scandal over “tainted fuel,” the...