Sonatrach’s contract to supply fuel to Lebanon ends next month, but the state has yet to find a replacement

Following a scandal over the delivery of tainted fuel, Algeria’s Sonatrach announced that it would not renew its contract with the Lebanese state. But with just weeks remaining before the contract’s expiration at the end of the year, Lebanon has yet to find an alternative 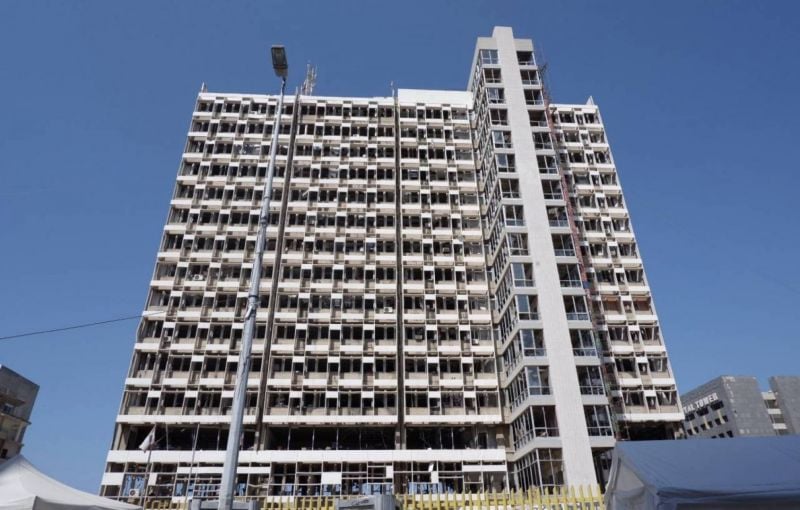 The fuel supply contract for EDL expires at the end of the year. (CDL/Nada Maucourant Atallah)

BEIRUT — Another crisis is looming on the horizon. The government has still not launched a tender, in a transparent manner, to replace Sonatrach to supply Lebanon with fuel. The Algerian company, however, warned in June that it would not renew its contract, which expires on Dec. 31, following a tainted-fuel scandal that is now in the hands of the criminal court.

The stakes are high. Since 2005, all the fuel purchased by the Lebanese government to power state-owned Électricité du Liban plants, estimated at $1.6 billion in 2018, has been provided by the Kuwait Petroleum Corporation and Sonatrach, specifically Sonatrach’s offshore subsidiary, Sonatrach Petroleum Corporation, which is based in London and registered in the British Virgin Islands.

The difference between Sonatrach and its subsidiary is not trivial. Long presented as a state-to-state agreement, the contract awarded by mutual agreement in 2005 and renewed five times by Lebanon’s cabinet, was in fact subcontracted to two private companies.

The first, BB Energy, is owned by businessman Baha Bassatne, who is also Walid Jumblatt’s partner in the company Cogico. The second, beginning in 2017, was ZR Energy DMCC, a Dubai-based entity. While legally separate, this company shares at least a name with the Lebanese company ZR Energy SAL and a strikingly similar logo with ZR Group SAL Holding, both connected to the Rahme family. ZR Energy DMCC, which has also won numerous contracts with the Energy Ministry in recent years, got caught supplying defective fuel to EDL in March.

Prosecutors took up the case, and the investigation was entrusted to Investigative Judge Nicolas Mansour. The investigation’s findings were referred to the criminal court, which may confirm the indictment and set a date for trial, or not.

A vast system of corruption

Mansour’s written conclusions, ostensibly secret but to which several media outlets including Le Commerce du Levant have had access, find that several employees of the Energy Ministry, oil facilities and laboratories responsible for carrying out tests, a representative of Sonatrach Petroleum Corporation in Lebanon, ZR Energy DMCC and ZR Energy SAL, are allegedly involved in a major case of fraud and corruption.

Raymond Rahme, a board member of ZR Energy SAL, and his brother Teddy Rahme, who chairs the board and holds a major interest in the company according to online commercial records, denied through representatives any connection to the scandal.

The evidence collected as part of the investigation points to a system put in place over years to falsify test results in exchange for bribes ranging from $200 to $2,500 for each sample. This is not to mention “gifts” of all kinds — vouchers, watches, ties, handbags, ounces of gold and trips abroad, among others.

Even though the investigation only scrutinized the Baltic, the ship carrying the poor-quality fuel delivered in March, the corruption most probably goes back much further, raising questions about the price the state paid for lower-quality fuel.

The investigative judge does not fail to underline that “Sonatrach has subcontracted its contract … to other companies (ZR Energy DMCC and BB Energy DMCC), which is in direct conflict with the Lebanese law prohibiting such a process … unless this is something clearly stated under the contract.”

Since 2005, “Sonatrach’s role has been mainly limited to signing the contract with the Lebanese state and collecting a commission for the follow-up” with the subcontracted companies, writes the judge.

The government, however, continued to renew the contract every three years, even though the Energy Ministry had raised the problem as early as 2011.

“After studying the KPC and Sonatrach contracts, we realized that we could save a lot by launching a call for tenders,” says MP Cesar Abi Khalil (FPM/Aley), a longtime advisor to the energy minister before becoming minister himself in Saad Hariri’s 2016-19 government.

But in the Lebanese system, a call for tenders means political blockages at every level. This starts with the contract’s specifications, which must be drawn up by the Energy Ministry and signed by the Finance Ministry before being approved by the cabinet and sent to the Tenders Department.

In 2011, a committee comprising representatives of the prime minister, EDL, the Ministry of Finance and the central bank proposed a first draft of the bill of specifications that the Finance Ministry would never sign. In 2014, prior to the renewal of contracts, new specifications were proposed to the cabinet.

“There were seven meetings of the Council of Ministers to discuss the bill of specifications, which was only rejected. Parties wanted to play for time until the contracts were automatically renewed, in order to preserve private interests,” Abi Khalil says.

Three years later, in 2017, the same bill of specifications was proposed to the cabinet. After much debate, the decision was made to keep the two suppliers but to limit fuel purchase as much as possible, leaving a margin for a third, cheaper supplier.

The goal behind this was to be able to renegotiate lower premiums at the end of the year by aligning with this third contract.

Once again, the bill of specifications proposed by the Energy Ministry was not approved. This time, the Tenders Department, drawing on the international expertise of consulting firm Crown Agents, funded by the EU, entered the fray.

“The specifications were so restrictive that they drastically reduced competition to a few large companies, although it’s unclear whether it was intentional or not,” says a source at the Internal Security Forces’ Inspectorate-General.

“The minimum turnover required, set at over $25 billion per year over the past five years, and the required years of experience were disproportionate to the Lebanese market, which represents around $2 billion,” the source adds.

Moreover, if business groups were allowed to participate in the call for tenders, which generally encourages SMEs to come forward by pooling their human and material resources, “the bill of specifications required that each member of the consortium have the full technical and financial capacity to carry out the contract, which goes against the initial objective and restricts competition,” the same source says.

In a report reviewed by Le Commerce du Levant, Crown Agents underlined the inadequacy of the technical specifications. “The requirements of the diesel and fuel specifications in the draft contracts should be reviewed in relation to the technical requirements of the power generation equipment of the electricity plants in question,” the report reads.

The Energy Ministry responded to criticism by explaining that resorting to large oil refineries made it possible to limit the commissions charged by intermediaries, and therefore limited the risk of corruption.

On the technical side, the ministry claims the specifications correspond to the particular fuel blend required by the manufacturers of EDL’s power plants, which, by the ministry’s own admission, are not the same specifications as those mentioned in Sonatrach’s and KPC’s contracts.

The ministry also claims that it did not have access to the Crown Agents report and believes that the Tenders Department’s reaction was only “a means to save time and block the launching of tenders.”

The result: the call for tenders went down the drain, before resurfacing after the tainted-fuel scandal. But as usual, the state is taking its time to take action.

“According to the procedure, the new tender should be launched six months before the end of the contract,” says the source at the Inspectorate-General.

It was not until August, however, that the by then resigned cabinet entrusted Dany Samaha, a onetime advisor to former Energy Minister Nada Boustani and Free Patriotic Movement leader Gebran Bassil, with the task of drawing up a new bill of specifications to launch the call for tenders.

The document was submitted to the Tenders Department, which, again with the support of Crown Agents, responded with a list of comments on Oct. 20.

“Some changes have been made, but overall, the bill of specifications is still not able to ensure the fundamental principles of non-discrimination, transparency and fairness,” says the source at the Inspectorate-General. Since then, things have remained at a standstill.

This is especially problematic since Lebanon cannot necessarily depend on “friendly” countries to come to its rescue. Following the Aug. 4 Beirut port blast, Iraq donated 800,000 liters of fuel that turned out to be unusable “because it does not comply with the international standards for plants located near residential areas,” according to Yahya Mawloud, operations manager of Middle East Power, the company operating the “reciprocating engines” installed in Zouk and Jiyyeh.

Update: This article has been amended to further clarify that Investigative Judge Nicolas Mansour's findings against ZR Energy SAL and other entities have not yet been evaluated by a criminal court. It has also been updated to include a denial of involvement from Raymond and Teddy Rahme, through representatives.

BEIRUT — Another crisis is looming on the horizon. The government has still not launched a tender, in a transparent manner, to replace Sonatrach to supply Lebanon with fuel. The Algerian company, however, warned in June that it would not renew its contract, which expires on Dec. 31, following a tainted-fuel scandal that is now in the hands of the criminal court.The stakes are high. Since 2005,...