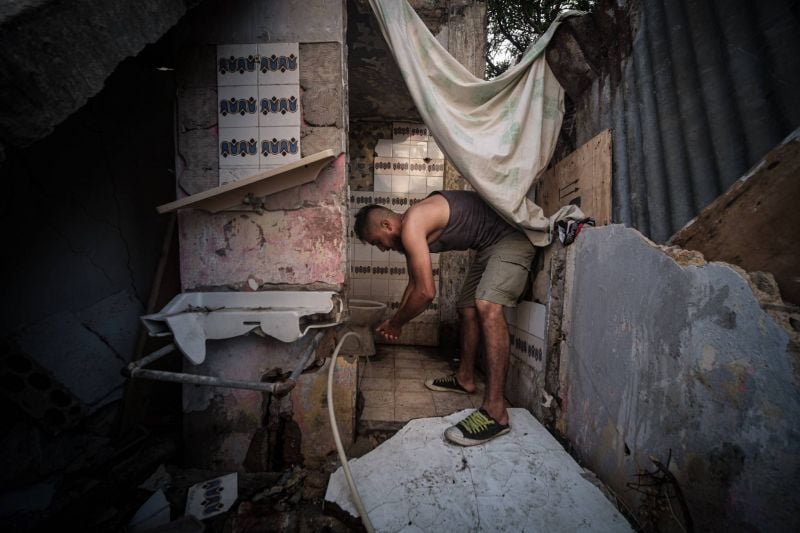 BEIRUT — New data released by the United Nations on the economic and social conditions of Syrian refugees in Lebanon shows in stark terms how their situation has deteriorated over the past year.

The full assessment has not yet been published, due to delays related to the difficulty of conducting interviews under COVID-19 measures, but UN agencies released some of the findings Friday, with the increase in poverty being the most striking.

A separate report released recently by the World Bank and the UN refugee agency, UNHCR, on the impacts of COVID-19 on refugees in the region estimated that there has been a 55 percentage point increase in the population of Lebanese living under the national poverty line — defined as LL457,520 per month — and a 42 percentage point increase among Syrian refugees since the beginning of the COVID-19 pandemic. The report noted that since the poverty rate was higher among Syrians than Lebanese to begin with, there were fewer Syrians than Lebanese who could potentially fall into poverty.

Mireille Girard, UNHCR’s representative in Lebanon, said in a statement that the economic situation in the country has impacted Lebanese and non-Lebanese residents alike, but noted that “the most vulnerable are the hardest hit.”

“The situation of Syrian refugees in Lebanon has been deteriorating for years, but the findings of this year’s survey are a dramatic indication of how difficult it has become for them to make it through another day,” she said.

The refugees themselves have been trying to call attention to their deteriorating situation over the past year. In Beirut, a group of Syrians has been protesting in front of the UNHCR headquarters since last December over what they describe as shortages in aid and lack of follow-up on their cases. Over the past two months, a few dozen of the protesters have set up camp and are sleeping on the street.

Last month, one of the Syrian refugees who had been joining the demonstrations set himself on fire in front of the UNHCR office and later died in hospital. L’Orient Today has been unable to reach the man’s family, but other Syrian protesters said he had become despondent due to being unable to access cancer treatment for his daughter.

Khaled Youssef, one of the Syrian protesters who has been sleeping on the street with his family, told L’Orient Today that most of those camping in front of the UNHCR building had either never received UN aid or had been cut off.

“We’re not getting water from the UN or a grain of wheat or one pill of medicine or any legal protection, nor are we benefiting from them at all,” he said.

Speaking about his own case, Youssef said when he fled to Lebanon seven years ago, he “didn’t need aid.” A teacher by profession, he said he had opened a tutoring center and was able to pay his bills.

But after General Security shut down the center for being unlicensed — Syrians are not legally allowed to own businesses or to work in trades other than agriculture, construction and cleaning — Youssef said his situation deteriorated dramatically. “I’m left without work, without a house. We’re begging from house to house [for places to stay].”

Another of the Syrian protesters, a woman who did not give her name, said her family’s situation had worsened since the COVID-19 pandemic, particularly since her four children are not able to attend school online.

“You need phones and the internet, and I can’t afford a loaf of bread,” she said. Instead, she said, “my children are selling tissues in the streets to be able to buy bread. I have a daughter who is 13 and is working in a beauty salon cleaning the whole week to get LL10,000 in a week.”

The UN vulnerability survey noted an increase in child labor, with the percentage of children aged 5 to 17 who were working increasing from 2.6 percent in 2019 to 4.4 percent in 2020.

Among other findings, the report also showed a continued increase in the level of debt in Syrian households, as many rely on borrowing from friends and relatives, buying food on credit and getting rent-payment extensions from landlords.

From an average of about LL1.5 million owed per household in 2019, the average debt increased to LL1.8 million in 2020. (In dollar terms, the value of that debt has decreased due to the depreciation of the lira, but refugees generally receive wages and aid in Lebanese currency, not dollars).

The report also found that many families had reduced their food consumption to save money, with 49 percent of families rated as having poor or borderline food consumption in 2020, compared to 25 percent last year.

The findings come as Lebanon is looking at removing subsidies on imported items, including wheat and some other food staples.

Caretaker Economy Minister Raoul Nehme’s proposed plan to instead give most Lebanese citizens in the country a card with $50 per month for food purchases would exclude refugees on the assumption that international organizations would provide them with similar aid, but it is unclear if the funding will be available to do so.

BEIRUT — New data released by the United Nations on the economic and social conditions of Syrian refugees in Lebanon shows in stark terms how their situation has deteriorated over the past year.A key finding of the UN’s annual vulnerability assessment: 89 percent of Syrian refugees surveyed are now living in extreme poverty, compared to 55 percent in last year’s assessment.The extreme...