The Constitutional Council accepts two appeals for lawmaker invalidation, including that of Faisal Karami against Ramy Finge 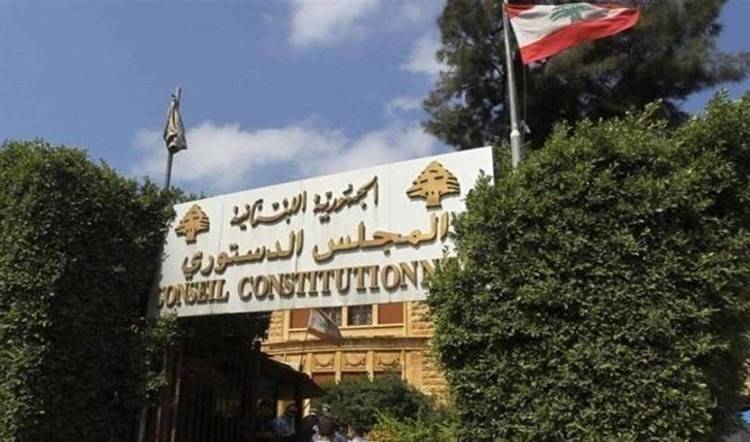 The Constitutional Council upheld Tripoli leader Faisal Karami's appeal against Forces of Change MP Ramy Finge, who had won a Sunni seat in Tripoli. The council also upheld the appeal submitted by Haidar Nasser against Firas Salloum (independent) for an Alawite seat in Tripoli.

"The Constitutional Council has done us justice," Karami said in front of visitors who came to congratulate him on Thursday, our correspondent Michel Hallak reported.

Asked about the presidential election, the MP for Tripoli assured that he will start his contacts "from next Monday."

'We were sure to win'

"We will work in the interest of Tripoli and the North, which deserve that we coordinate with everyone, except the Lebanese Forces," Karami said. The leader of the Lebanese Forces, Samir Geagea, was convicted of the 1987 assassination of former Prime Minister Rashid Karami, the new MP's uncle.

"We were sure to win" this appeal, Karami's lawyer, Wadih Akl, told L'Orient-Le Jour. The lawyer stressed that the decision was based on "purely technical" issues. In his opinion, some votes had not been correctly counted, although they had been recorded during the counting of the votes.

Other votes had been wrongly canceled, particularly because the crosses marking the votes were awkwardly drawn on the ballots by voters. The Constitutional Council recounted the canceled ballots. "They counted the votes and we won," Akl said.

Contacted by L'Orient-Le Jour, Finge described the council's decision as "political," while saying he leaves it to the jurists to "interpret" the ruling. "This invalidation of my election only increases my will to continue my action in the opposition to the ruling class," he added, saying he had "done his duty until the last minute" by attending to the presidential electoral session at Parliament this morning.

For his part, Salloum, an independent MP close to the Marada Movement, said he respected the decision of the Constitutional Council and wished his replacement Nasser every success.

Of the 13 appeal cases examined so far by the Constitutional Council, the two closed today are the only ones to have been accepted by the body. Two appeals remain to be decided upon: the first is the appeal of Jad Ghosn (Charbel Nahas list) against Razi el-Hage (Lebanese Forces) and Hagop Pakradounian (Tashnag) in Metn (Mount Lebanon II). Ghosn obtained more preferential votes than Hage, but his list did not reach the electoral coefficient.

The second is the appeal presented by Haidar Issa (Free Patriotic Movement) against Ahmad Rustom (pro-Future Movement) for an Alawite seat in Akkar (North Lebanon I).