FPM will 'probably not' participate in Oct. 13 session, says Bassil

"Lebanon has achieved its biggest victory since 2000" with the agreement on its maritime border with Israel, said the FPM leader. 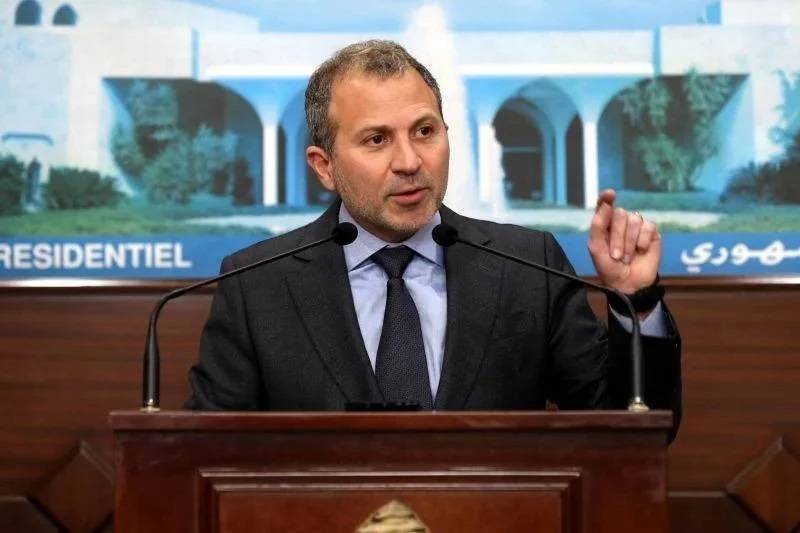 BEIRUT — The Free Patriotic Movement will "probably not" participate in a parliamentary session scheduled for Thursday to elect Lebanon's next president, party leader Gebran Bassil said in a televised interview Monday evening.

Thursday, which will be Oct. 13, is a highly symbolic date for the party. On Oct. 13, 1990, Syrian troops expelled PM founder and then-Lebanese army commander Michel Aoun from the Baabda Palace. He went on to live in exile for 15 years.

Bassil added on Monday that in working towards an agreement on the Lebanese-Israeli maritime border, "Lebanon has achieved its greatest victory since 2000," the year that Israeli troops withdrew from the country's south. His comments came just hours before the two sides received the final draft of the border agreement negotiated by the United States. Both Lebanon and Israel said they were on track for a "historic" deal.

'It's probably on purpose'

In a televised interview on Lebanese station LBCI, Bassil further commented on the presidential election. "We will probably not participate in the Oct. 13 session, because that date must have been chosen on purpose. They probably set it on that date because they don't want a quorum for the session," Bassil said, criticizing Parliament Speaker Nabih Berri, who had scheduled the session. Berri has said that the quorum required to hold the session is 86 deputies out of the total 128, while the Constitution does not mention this.

For Michel Aoun, a victory at all costs?

"Even if the quorum is reached, this session will not be decisive," continued Bassil.

During a first election session by Parliament on Sept. 29, FPM MPs were among the 63 deputies who cast blank ballots. Parties from the traditional opposition, including the Lebanese Forces, voted for Zgharta MP Michel Moawad.

"No one asked us to boycott the Sept. 14 session and yet we did," Bassil added, referring to a parliamentary session last month devoted to adopting the 2022 budget. The session coincided with the 40th anniversary of the assassination of former President Bashir Gemayel. "Today, we do not ask anything from anyone regarding the session of Oct. 13; each group will do as it pleases," Bassil said.

Lack of 'serious approach' to the election

While Lebanese MPs must elect a president before the end of Michel Aoun's term on Oct. 31, Gebran Bassil said he laments the lack of a "serious approach" to the election.

"We wanted to establish a list of priorities as a basis for dialogue," he said, adding that "both the presidency and the patriarchate are capable of playing a communication role," ahead of his Tuesday visits to Bkerke and Baabda.

Ahead of next week’s parliamentary voting session, MPs rally support for Moawad

On the topic of government formation, Bassil said that "if a presidential vacancy occurs, the ministers must take their political responsibilities," though he did not further specify those duties.

The current cabinet led by caretaker Prime Minister Najib Mikati has technically resigned though has been in charge of public affairs since parliamentary elections in May. Mikati was designated prime minister again but has yet to form his new cabinet.

On another note, "Lebanon has obtained its demands on the subject of the maritime border with Israel," said Bassil in Monday night's interview. "What is delaying its adoption now are the legislative elections in Israel [scheduled for November]. I can not yet say that success has been achieved before the signing," he added, a few hours before the final version of the agreement reached the authorities of both countries.

On Tuesday morning, authorities from Lebanon and Israel said that the draft meets their respective demands, raising the possibility of a "historic" agreement, according to negotiators from both sides.

"Under the mandate of Michel Aoun, Lebanon has achieved its greatest victory since 2000 in the recovery of its rights," said Bassil on Monday. "This achievement is political, sovereign but also economic and financial. This is the economic resistance required to free us from our financial constraint." If finalized, the maritime border deal could allow Lebanon to explore and exploit suspected offshore gas deposits.

Visits to Rai and Aoun

Bassil met with Maronite Patriarch Bechara al-Rai in Bkerke Tuesday morning. He told journalists "our priority is the election of a new president ... [and] our initiative allows us to discuss several names," adding that a FPM delegation is set to meet with "various political parties."

Later that same day, following a meeting with President Michel Aoun — FPM founder and Bassil's father-in-law — Bassil said considered the maritime border deal between Lebanon and Israel to be "an achievement" made possible by the "path of Michel Aoun's mandate."

BEIRUT — The Free Patriotic Movement will "probably not" participate in a parliamentary session scheduled for Thursday to elect Lebanon's next president, party leader Gebran Bassil said in a televised interview Monday evening. Thursday, which will be Oct. 13, is a highly symbolic date for the party. On Oct. 13, 1990, Syrian troops expelled PM founder and then-Lebanese army commander...