By the end of October, the Constitutional Council will have ruled on all 15 appeals that were submitted 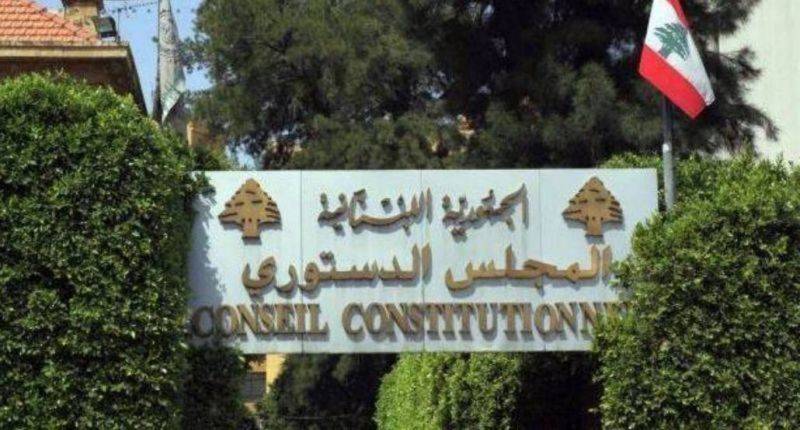 The entrance to the seat of the Constitutional Council. (Credit: NNA)

While the body that has the jurisdiction to rule on these cases is not bound by a binding deadline to pronounce its verdicts, it is the one that will decide on the remaining appeals no later than the end of this month, before the presidential term’s expiry date on Oct. 31. This, according to the above-mentioned source, is in order to maximize the chances of having fairly elected MPs elect a new president.

The stakes are high, however, as the acceptance of some appeals could tip the balance against independent MPs and favor the formation of a new majority that is inclined to elect a president who is close to the ruling class.

This fear is felt in opposition circles, where it is pointed out that several judges of the Constitutional Council are close to the parties in power, who appointed them.

The appeals that could be a game-changer in Parliament are the following:

• Marwan Kheireddine (Druze, close to the leader of the Lebanese Democratic Party Talal Arslan) and MPs of from Hezbollah and Amal, against Firas Hamdan (Druze), MP of the Forces of Change in South Lebanon III.

A judge said that the “least complicated” cases should be decided first, but he refused to indicate whether the above-mentionedappeals are deemed among them. According to him, the “less complicated” cases are those, for example, involving few ballot boxes or ballot envelopes. “When it is a matter of one or two unsealed or missing ballot boxes, the investigation is quick, while it takes time when the number is greater,” the judge said.

In the same vein, he mentioned some “non-serious” appeals, on which the Constitutional Council will soon rule, namely those alleging corruption (vote buying) or interference and intimidation, without being accompanied by evidence.

“The burden of proof falls on the applicant. When the applicant fails to prove the violation, it will be very easy for the Constitutional Council to rule on the case,” the judge said.

“A bribe that pushed a voter to vote for a particular list, or an armed raid against a polling station that prevented another voter from casting his or her ballot cannot be taken into consideration if they are not proved in videos, testimonies or by other means,” he explained.

According to him, the reports on these “simple” cases have already been completed. However, the head of the Constitutional Council Judge Tannous Mechleb will have to convene meetings of all 10 members to vote on each case. The presence of eight members is required at each of these meetings. After discussion, rulings will have to be made by a majority of seven members.

The judge interviewed believes that the votes should be made from the bench or no later than the next day. The Constitutional Council could either reject an appeal, or validate the disputed result and keep the contested candidate in his seat. It could either correct the calculations without affecting the validity of the contested result, or annul the result and hold a new election.

If none of these last three options is adopted by the required majority of seven members, the appeal to invalidate the results will be rejected.

Nearly half of the 15 appeals to overturn the results of May’s parliamentary elections, submitted in June to the Constitutional Council, should be decided on this week, a source close to the Constitutional Council told L’Orient-Le Jour.While the body that has the jurisdiction to rule on these cases is not bound by a binding deadline to pronounce its verdicts, it is the one that will decide...