The parliamentary Finance and Budget Committee discussed the issue Thursday. 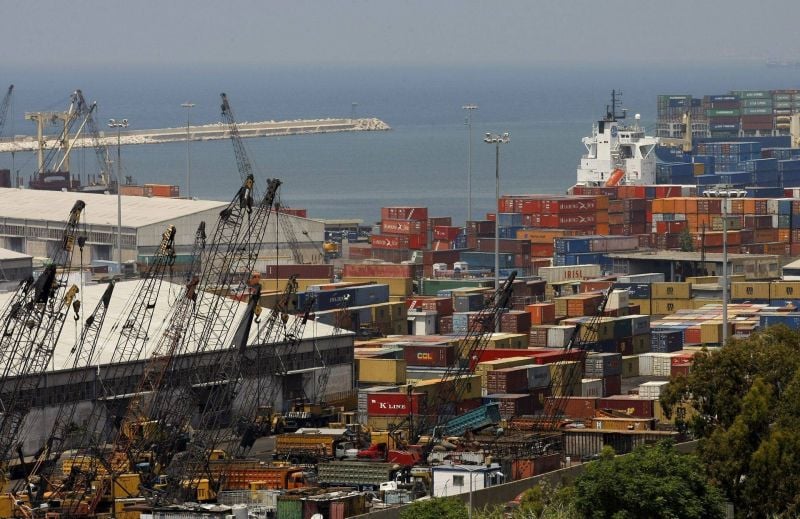 Faced with the civil servants’ protest that their salaries are still calculated at the official rate of LL1,507.5 to the dollar, the ruling class seems determined to use all means to increase public revenues without going through the reforms requested by the International Monetary Fund, which Lebanon had agreed to through the staff-level agreement reached on April 7 with the IMF, a preamble to a definitive financial assistance program.

Establishing the “customs dollar” rate, which means adjusting the lira/USD exchange rate used to calculate customs duties on imported and exported products, is one of the tools that the leaders have been considering, and talking about for many months amid continuous depreciation of the national currency.

The rate in question is still fixed at the official rate, but the leaders wanted to raise it suddenly to be in line with the Sayrafa rate set by Banque du Liban, which stood at LL26,500 to the dollar last night, and is still a few thousand lira below the market rate. The latter reached LL33,000 as of Thursday, and has shown an upward trend up in the past few days, amid a partial lifting of the remaining subsidies on gasoline.

This rate increase would inevitably affect the price of many imported goods, depending on the taxation rate, excluding VAT. Some products are exempt from customs duties (including some targeted by trade agreements involving Lebanon), while others are subject to a taxation rate of up to 70 percent of the pre-tax price including transportation and port charges, according to Hani Bohsali, head of the food importers' syndicate, who referred to the duties set on the customs website

While the Najib Mikati caretaker cabinet, which resigned in the wake of the May 15 elections and has yet to be replaced, has been trying to increase the customs dollar’s rate since the beginning of the year, President Michel Aoun blocked the latest attempt a week ago by refusing to sign the relevant “itinerant” decree, a procedure generally used in Lebanon when a caretaker cabinet is still running the country’s affairs. It also requires the signature of the minister concerned by the targeted measure, the prime minister and sometimes the finance minister.

During one of the last meetings to discuss the 2022 draft budget, MP Ibrahim Kanaan (FPM/Metn), chair of the parliamentary Finance and Budget committee, justified this refusal by citing the need to increase the customs rate more gradually.

“It is also necessary to control the way in which this adjustment will affect the prices to avoid abuses,” he said.

This approach is shared by the Beirut Traders Association (BTA), which recommended that the authorities base their decision on a serious impact study before changing the rate.

“Establishing a specific exchange rate to calculate customs fees is not the best solution, because it would take the country a little further away from a unified exchange rate, which must be implemented in order for the country’s economy to function along a normal path,” the head of the Beirut Traders Association, Nicolas Chammas, told L’Orient-Le Jour.

He added, “But in the context of a transitional period during which the authorities would begin to adjust the rate, two imperatives will have to be taken into account: the purchasing power reduced by inflation (210.08 percent at the end of June on an annual basis) and currency depreciation (the lira has lost about 95 percent of its value since 2019); as well as the legitimate wage-related demands by civil servants.” He said that the economic organizations advocate setting the rate at LL8,000 to the dollar as a first step before gradually lifting it.

“Ideally, it would be better to unify the exchange rate, adjust it to the market rate and reduce customs duties to avoid a very significant impact on prices in lira,” Chammas said.

The law invoked by the minister

However, the caretaker cabinet seems determined to raise the rate at all costs and to bring it as close as possible to the market rate immediately.

Speaking yesterday on the Voice of Lebanon radio station, Caretaker Labor Minister Mustafa Bayram summarized the exchanges, indicating that caretaker Finance Minister Youssef Khalil has an “exceptional” prerogative to adjust the applicable rate in calculating customs duties and will do so “in agreement with BDL governor,” Riad Salameh. According to Bayram, this prerogative is based on a law, which he did not specify.

Speaking to L’Orient-Le Jour, Khalil clarified that he was referring to two laws. The first is Law No. 93 of Oct. 10, 2018, through which the Parliament had granted the cabinet the right to intervene for five years in the customs field (while, in principle, this falls within the authority of the legislative branch). The second is Article 35, paragraph 4d of Decree No. 4461 of Dec. 15, 2000 regulating some customs clearances at land and sea borders.

This provision states that in case “the value of the goods on the purchase invoice is denominated in foreign currency, the amount shall be converted into Lebanese lira based on the average of the exchange rates in effect on the date of the invoice, an average based on the exchange rates determined monthly or periodically by the BDL.”

However, it is unclear at this stage whether the means invoked by the minister to change the exchange rate are admissible, since the current cabinet is still in charge of running the country’s affairs and the 2018 law was not initially voted to serve the purpose for which it is intended.

But in the face of the prevailing vagueness — the decision may still be postponed or be adopted in the coming days, according to various sources contacted — some of the parties concerned would rather to take preventive than curative measures, including the syndicate led by Bohsali, who said is working with the Ministry of Economy and Trade and the Ministry of Finance to mitigate the impact of a possible decision to fix the rate at LL20,000 on some products, such as canned vegetables (taxed at 35 percent), cheese (20 percent) or salt (15 percent).

Finally, it is surprising not to include the customs dollar rate issue in the 2022 budget.

“We need to look at the adjusted projections provided at our request by the Ministry of Finance and see if the ones related to the customs dollar rate have been integrated,” said Kanaan ahead of Thursday’s finance committee meeting.

Faced with the civil servants’ protest that their salaries are still calculated at the official rate of LL1,507.5 to the dollar, the ruling class seems determined to use all means to increase public revenues without going through the reforms requested by the International Monetary Fund, which Lebanon had agreed to through the staff-level agreement reached on April 7 with the IMF, a preamble to...

Closed since the Beirut port explosion, Phoenicia Hotel to reopen in October