Forty-four administrations that responded did not explain how nearly 68 percent of the 17,203 contracts surveyed were awarded by them, while only 7.08 percent of the contracts were signed following competitive tenders. 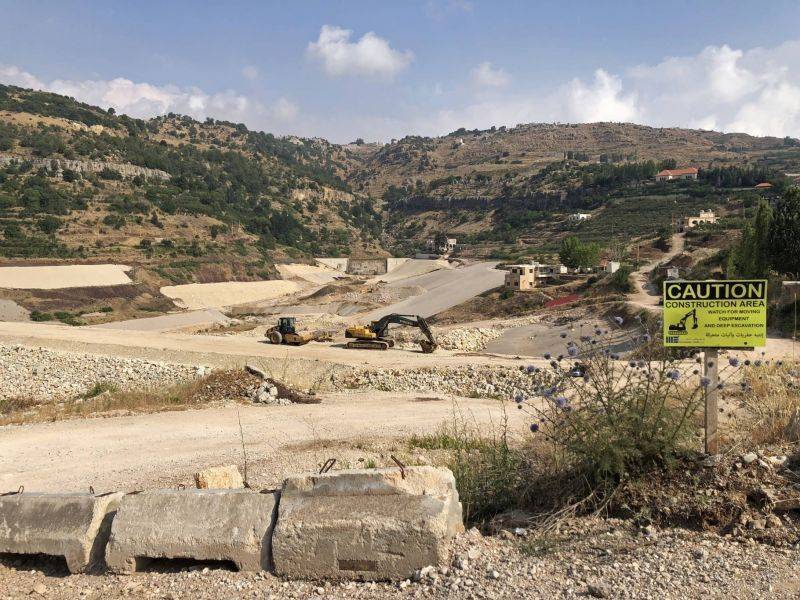 A construction site in the locality of Chatine, in the region of Tannourine. (Philippe Hage Boutros/OLJ)

After the new public procurement law, published on July 28, entered into force, the Gherbal Initiative civil society organization launched the Monaqasa (Arabic for tender) project on Wednesday, in cooperation with the US Middle East Partnership Initiative (MEPI) and the Basil Fuleihan Institute.

This platform aims to promote transparency and the application of good practices in public procurement by allowing the various stakeholders to research the requests for tenders by region, administration and sectors. It also gives the public and civil society the opportunity to keep an eye on the awarding of these contracts.

In addition, the site plans to dedicate several sections to training public employees on their role in the application of this law.

“This criterion is essential so as to ensure a good and effective application of the public procurement law. But unfortunately, and as in other criteria, the staff training has not been completed yet,” Lamia Moubayed, president of the Basil Fuleihan Institute, told L’Orient-Le Jour. She participated in all stages related to the drafting of the law and attended the launching ceremony on Wednesday.

Also present at the panel discussion were Jean Ellieh, the new director of the Public Procurement Authority, which came to replace the Tender Board earlier this month; and Assaad Thebian, executive director of Gherbal Initiative.

Gherbal Initiative took the opportunity to officially launch the publication of two new studies it conducted. One of them was focused on the level of access to information in public administrations — the fourth of its kind — in relation to the contracts awarded by the public sector between 2001 and 2020. The other is centered on the nature of these contracts, their amounts, their beneficiaries and the way they were awarded.

Silence and lack of cooperation

The outcomes are gloomy, to say the least, and even alarming. Out of a total of 210 existing administrations, 196 were surveyed. Only 30 of those solicited provided all the information required regarding the awarding of contracts.

As for the rest, they simply did not respond, despite numerous follow-up contacts (104 administrations). Five refused to register the requests, 25 gave partial answers, 25 refused to respond, while some requests were transferred by the administrations to their supervisory authorities without being completed.

Among the main highlights, Gherbal Initiative notes that for the fourth consecutive year, “the Lebanese Parliament, the primary body responsible for the legislation and implementation of the laws and which itself adopted the law on the right of access to information and other laws concerning the fight against corruption, has not responded to our request.”

The same is true of the presidency and the cabinet, although “the decree implementing this law was issued by the president and the prime minister,” Gherbal Initiative added.

This lack of cooperation was also seen with the Court of Audit and the Central Inspection, two administrations that are supposed to ensure the proper management of public funds and coordination among them.

When analyzing and comparing the results of this year with those of the previous three years, “we see a clear decline in access to information, despite the publication of the decree detailing the implementation of this law in 2020 and the recent amendments to its main text in 2021,” said Gherbal Initiative in one of its reports, describing is as “a negative indicator.”

In the report analyzing the details it obtained regarding contracts, Gherbal indicates that it managed to obtain lists awarded by 44 administrations, or the equivalent to 17,203 contracts signed with more than 3,500 companies, with a total value of more than $13.45 billion.

While it is true that this sample may not be representative, it shows, however, a lack of transparency in the awarding of public contracts in these administrations that agreed to comply with the law by providing access to their information. This leaves even more doubt about the details regarding the awarding of contracts by the administrations that did not disclose anything.

Commenting on these results, Ellieh said at the conference on Wednesday that “public administrations seek [through these practices] to escape the control of the Tender Board and to strengthen their clientelistic approach.”

But as the public procurement law enters into force, “the time of obscurantism is over,” he said, calling on officials to report any violation of this new law.

For her part, Moubayed noted that there is “a major opposition movement to the implementation of the public procurement law,” while it is “the only reform whose implementation was on track.”

In addition to the pressure exerted by some MPs, she pointed to the fact that Banque Du Liban refused to be subject to this law and sent a missive to the prime minister on July 5 in which it indicated that it is exempted from the implementation of the law basis of the Code of Money and Credit.

According to the document revealed Wednesday by Gherbal, the central bank justified its refusal by arguing that the Public Procurement Law “may hinder the rapid implementation of procurement operations ... and violate the confidentiality and independence of the institution.”

Finally, Moubayed said that the actors with whom the contracts were signed “must be aware that this law introduces a change compared to the old approach that plunged the country into a crisis.”

“Any step backwards today would deal the final blow to Parliament’s credibility when it comes to its willingness to carry out reforms,” she said.

After the new public procurement law, published on July 28, entered into force, the Gherbal Initiative civil society organization launched the Monaqasa (Arabic for tender) project on Wednesday, in cooperation with the US Middle East Partnership Initiative (MEPI) and the Basil Fuleihan Institute.This platform aims to promote transparency and the application of good practices in public procurement...