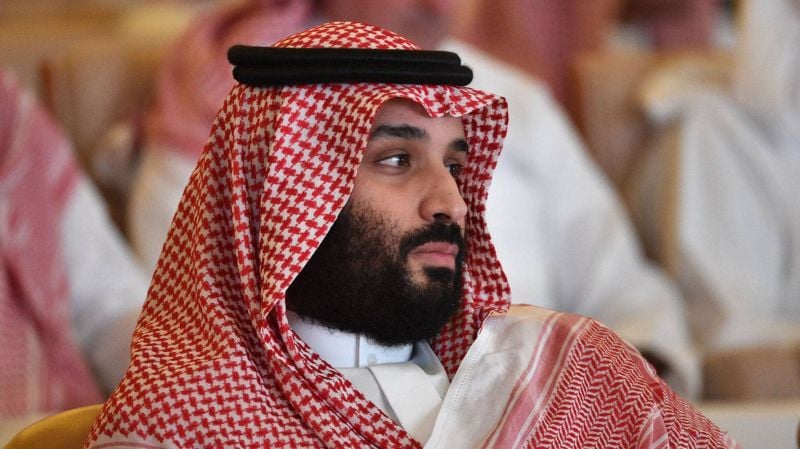 For the past five years or so, Saudi Arabia was either following the United Arab Emirates or was simply absent on all key strategic issues in the Gulf, the Middle East, and North Africa. But the Kingdom has now reemerged as a leading regional player — with a foreign policy wish list to match.

Saudi Arabia turned inward because the rise of Crown Prince Mohammed bin Salman (widely known as MBS), now the Kingdom’s de facto ruler, triggered a major redistribution of power within the ruling family and the country’s political and economic structures. This consumed the energy of all key state institutions, while many of Saudi Arabia’s allies waited to see who would come out on top.

The Kingdom’s low regional profile during its internal reshuffle was also prudent given the external environment — particularly pressure from the United States, for decades the country’s primary ally. In January 2020, President Donald Trump gave the green light to a Middle East peace plan that was impossible for Israelis and Palestinians to agree on, let alone implement, and demanded that America’s Gulf allies, most notably Saudi Arabia, support it. Some duly paid lip service to the proposal, and lavish conferences to discuss it took place in some regional capitals.

But wise heads in the region knew that the Trump plan was mere hot air that would dissipate once the proposal’s inexperienced architects were no longer in the White House. Saudi Arabia welcomed visitors and organized displays of traditional sword-dancing to entertain U.S. dignitaries, but otherwise chose to remain on the sidelines.

When President Joe Biden’s administration took office, the Saudis sensed peril. The real issue was not Biden’s stated intention to treat Saudi Arabia as a “pariah” after the U.S. concluded that MBS had approved the 2018 murder in Istanbul of the dissident Saudi journalist Jamal Khashoggi. Rather, policymakers in Riyadh fretted over the Biden administration’s conviction that America must reposition itself strategically in the Middle East by moving away from its longstanding security guarantees to Gulf states and fostering a new understanding with Iran. This amounted to an attempt to revive the thinking that led to the 2015 nuclear deal with Iran under President Barack Obama’s administration.

Biden’s inauguration marked the second time in a decade that Saudi Arabia became convinced that the U.S. could abruptly change one of its long-held foreign-policy positions. It also occurred in the wake of the 2011 Arab uprisings, when America decided to abandon longtime allies, primarily Egyptian President Hosni Mubarak, and champion a wave of change that Saudi Arabia and other traditional powers in the Arab world had deemed acutely dangerous. Saudi policymakers concluded that the Kingdom (and the royal family) must not rely on the U.S. for security, which helps to explain the Kingdom’s assertive efforts to secure its own backyard.

MBS has gone well beyond marginalizing rivals and rearranging the Kingdom’s power structures. He has also subtly transformed the basis of the regime’s rule by effectively ending its alliance with the puritanical Wahhabi sect of Sunni Islam. Concurrently he has championed social reforms — affecting women’s rights, social interactions, and entertainment — in a Kingdom that throughout its history has been cloaked in cultural austerity. The prince is building a new power structure, political constituency, and source of legitimacy.

Nowadays, MBS is also turning his energies to regional matters. His tour of Egypt, Jordan, and Turkey in June was not merely a display of Saudi Arabia’s financial clout at a time when almost all non-oil-exporting Middle Eastern countries are suffering increasing economic difficulties. More significantly, the trip showed that the Kingdom is again one of the region’s most influential actors.

MBS’s visit to Turkey was a notable win for the Kingdom, and not only because bilateral ties had been strained by the Khashoggi murder, which was executed at the Saudi consulate in Istanbul. For over a decade, Turkey was the most vocal supporter — and a leading base — of Islamist political forces that Saudi Arabia regarded as threats to regional stability. But Turkish President Recep Tayyip Erdoğan, facing a deepening economic crisis at home, recognized the need to improve the countries’ relationship.

Saudi Arabia’s biggest diplomatic coup, however, is Biden’s visit to the Kingdom this weekend. While his trip may be largely a consequence of the recent surge in energy prices triggered by Russia’s invasion of Ukraine, it would underscore that the Kingdom is not to be shunned, much less antagonized.

Saudi Arabia will use these wins to secure three objectives. First, it will subtly assert that it is the leading Arab and Sunni power. This is more than a matter of prestige: It makes the Kingdom a key interlocutor in any diplomatic deal with Iran. Second, the Kingdom wants to influence the course of Arab-Israeli cooperation, especially with respect to the increasingly important issue of natural gas exports from the Eastern Mediterranean to Europe. Third, the Saudis intend to play a significant role in shaping the new order that will emerge in the Eastern Mediterranean, particularly the future of Lebanon and Iraq, as well as in determining the pace of Syria’s return to Arab politics.

Almost 50 years ago, before embarking on his first tour of the Middle East and the Gulf in the aftermath of the Yom Kippur War, U.S. Secretary of State Henry Kissinger remarked that in many ways Riyadh would be his most important destination. His insight remains true today. As Saudi Arabia returns to the regional fold, understanding its internal dynamics and external objectives is as crucial as ever.

Tarek Osman is a journalist and a former public policy consultant. His most recent book is “Islamism: What It Means for the Middle East and the World” (Yale University Press, 2016).

For the past five years or so, Saudi Arabia was either following the United Arab Emirates or was simply absent on all key strategic issues in the Gulf, the Middle East, and North Africa. But the Kingdom has now reemerged as a leading regional player — with a foreign policy wish list to match.Saudi Arabia turned inward because the rise of Crown Prince Mohammed bin Salman (widely known as MBS),...