Deputy Parliament Speaker Elias Bou Saab proposed amending the draft decree shuffling judges within the Court of Cassation, which is blocked by the finance minister, arguing that the amendments would allow investigation into the Beirut port blast to resume. The Higher Judicial Council will not comply with his request. 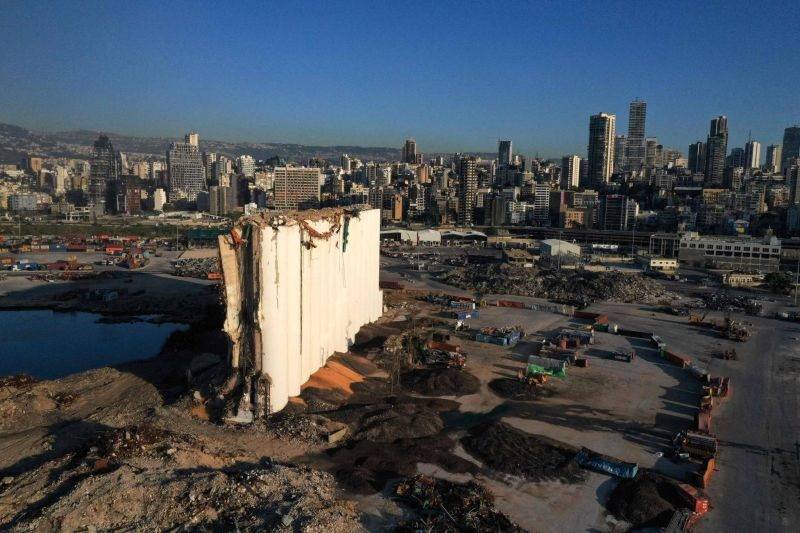 Politicians are intensifying efforts to torpedo the investigation into the Aug. 4, 2020 Beirut port explosion.

For three months the draft decree to appoint members of the Court of Cassation’s plenary assembly has been stalled on the desk of Finance Minister Youssef Khalil, who is close to Parliament Speaker Nabih Berri, under the pretext that it “is not in line with the national pact.” It seems it can be unblocked only if the Higher Judicial Council (HJC) and Justice Minister Henri Khoury agree to amend it, with an equal number of Christians and Muslims in the assembly.

This is the essence of remarks Deputy Parliament Speaker Elias Bou Saab made Wednesday to the families of the victims and the families of those detained in the Beirut port blast case, with whom he met on his own initiative. His proposal will be difficult to sell.

It was based on this distribution that tThe HJC, chaired by Abboud, and the justice minister had used this distribution when preparing and signing March’s draft decree to fill six of the ten positions, to replace retired judges.

The vacancy resulted in a lack of quorum — a quorum of five members is required for its meetings — preventing it from ruling on lawsuits brought against the state, alleging “serious faults” by investigating judge Tarek Bitar, who leads the investigation into the port blast, and by judge Naji Eid, who is tasked with examining recusal lawsuits lodged against Bitar. These lawsuits filed by Ali Hassan Khalil and Ghazi Zeaiter — MPs and former ministers for Nabih Berri’s Amal Movement, who have been summoned for questioning as suspects in the blast case — have stonewalled the investigation.

Why the double standard?

In April, a draft decree to appoint the six members stalled at the door of the finance minister. The draft was not signed by Prime Minister Najib Mikati and President Michel Aoun in the end, but blocked by the Berri-affiliated minister. Khalil argued that Souheil Abboud should be one of the five Christian presidents of the chambers, and should preside over one of the Court of Cassation’s chambers (the 1st one), instead of having another Christian magistrate appointed to this position.

The HJC does not take the same view, according to a source interviewed by L’Orient-Le Jour, and does not intend to amend the draft decree in question.

The partial reshuffle of the plenary assembly members has been decided unanimously by the members, said this source.

The justice minister approved and signed the decree without so much as commenting on them, and therefore without referring them back to the HJC, although the law allows him to do so, the same source added.

The source noted that posts within the other judicial bodies are divided in the same way.

Finally, the head of the Judicial Inspection Authority, Bourkan Saad, is a Sunni, while the Authority consists of eight inspectors — four Muslims and four Christians.

On another note, there is a question circulating within HJC circles. When it comes to the judicial reshuffle decree that President Aoun has blocked since March 2020, which includes appointments to the Court of Cassation’s plenary assembly, why did then-Finance Minister Ali Hassan Khalil not challenge this decree, based on the alleged principle of sectarian parity ?

In any case, the source concluded, the finance minister has competence pertaining to his job, which means that he should not raise issues of sectarian parity. He can only refuse to sign the draft decree if there are financial imperatives.

Between freezing the investigation and amending the decree

Bou Saab told the families of victims and detainees he is convinced that the investigation will not resume unless the draft decree is amended. He said that he became convinced of this after talks he held as deputy parliament speaker in a bid to find a solution to the stalled investigation.

He affirmed that he had consulted respectively with President Aoun and Premier Mikati, as well as Parliament Speaker Nabih Berri, Henri Khoury and Souheil Abboud.

Bou Saab told the media he understood from his meeting with officials that “the solution lies in signing a decree providing for the appointment of [only] ten members. “I urge the president of the HJC and the justice minister to sign a decree based on the conventions of sectarian balance, namely to appoint five Christians [including Abboud] and five Muslims,” he said.

L’Orient-Le Jour reached out to Bou Saab for further details, but refused to answer our queries. His remarks in front of the victims’ families are questionable, particularly since he is close to President Aoun, who had pointed in April to an “obstruction of justice” — a reference to the finance minister abstaining from signing the draft decree introduced by the HJC — particularly since Justice Minister Khoury, who approved the HJC’s appointment decree, also belongs to the Aounist camp. Yet Bou Saab is now advocating an appointment system designed by the Berri camp as the only way to resume the probe.

Speaking on condition of anonymity, a source close to one of the victims seemed realistic. “Even if the case is unblocked, it could be undermined again at any moment,” he said, recalling that “since Judge Bitar took over the case 18 months ago, he was able to work on it for only four months, because of the obstacles put in his way by those who fear the investigations’ results.”

Celine Roukoz, sister of Joseph Roukoz, who was killed in the blast, said that the victims’ families, including herself, who spoke with Bou Saab, urged him not to get them involved in politics.

“The deputy speaker asked us if we would prefer to keep the case frozen over the amendment of the appointments decree,” said Roukoz, who is also a lawyer. “We told him that, for decades, the plenary assembly members have been appointed on the same basis as the one adopted by the HJC, and demanded that these appointments continue to be made in accordance with the rules in force.”.

This story was originally published in French in L’Orient-Le Jour, translated by Joelle Khoury.

Politicians are intensifying efforts to torpedo the investigation into the Aug. 4, 2020 Beirut port explosion.For three months the draft decree to appoint members of the Court of Cassation’s plenary assembly has been stalled on the desk of Finance Minister Youssef Khalil, who is close to Parliament Speaker Nabih Berri, under the pretext that it “is not in line with the national pact.” It...