Lebanon loses some $25 million for each day of delay, PM-designate Mikati says 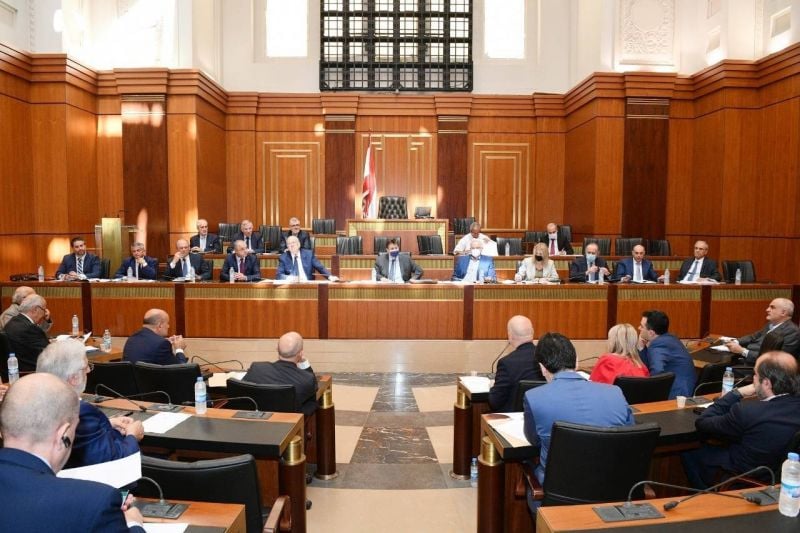 BEIRUT — Prime Minister-designate Najib Mikati announced during a meeting of the Finance and Budget Committee Thursday that the government is planning to set up a financial recovery fund to reimburse depositors.

• At a press conference held after the meeting, MP Ibrahim Kanaan (FPM/Metn), chair of the Finance and Budget committee, said the meeting revolved around discussions of the government’s Financial Sector Rehabilitation Strategy (FSRS) and the challenges delaying the approval of the 2022 budget.

• The FSRS was approved during the government’s last meeting on May 20. The document contained the cabinet's estimate of the total losses of the banking sector, $72 billion, as well as the central bank’s share, $60 billion. The document also stated that the government intended to guarantee deposits up to $100,000, while balances above the $100,000 limit will either be converted into commercial bank shares, partially written off and partially converted to Lebanese lira at a rate other than that of the parallel market.

• Kanaan said that Mikati introduced a new component to the FSRS, the financial recovery fund. He said the government’s proposed fund is to be used to pay back depositors. MP Ali Fayyad (Hezbollah/Marjayoun Hasbaya) explained in an earlier conversation with journalists, that the fund will be seeded in part by government revenues and in part by the central bank’s foreign currency reserves. Kanaan added that the government has reduced the amount needed to provide depositors with the $100,000 guarantee from $34 billion to $24 billion.

• Concerning the 2022 budget, Kanaan said the issue of adopting the Sayrafa rate for tax calculations continues to delay the finalization of the budget. He said it is now up to the government to do its part.

• MP Ghassan Hasbani (LF/Beirut I) said the government keeps flip-flopping between the measures it plans to adopt to tackle the issue of the financial sector. Ghada Ayoub (Lebanese Forces/South I) said “We cannot keep discussing words, We need a written plan backed by legal texts so that as MPs we can do our job.” She added that MPs were told during the meeting that each day of delay is costing the country $25 million.

• In a letter released in early June, Association of Banks in Lebanon secretary-general Fadi Khalaf suggested the transfer of 20 percent of any future income from the oil and gas sector to a Special Purpose Vehicle that could be used to repay depositors.

• A staff-level agreement between the Lebanese government and the International Monetary Fund was signed on April 7. The program consists of $3 billion in assistance over a 46-month period, subject to the implementation of certain reforms before being approved by the IMF’s executive board.

• Implementation of capital controls, amending banking secrecy, adopting a sustainable budget and restructuring the financial sector are some of the reforms the IMF has demanded.