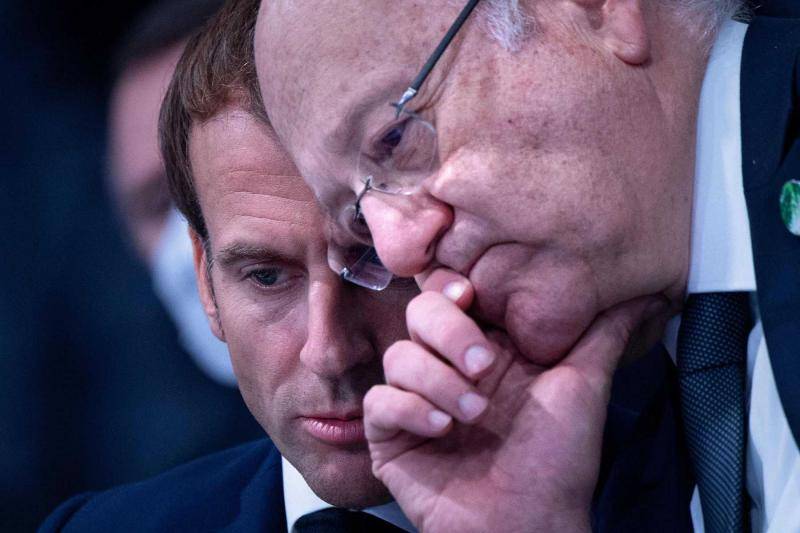 OXFORD, United Kingdom — Lebanon’s political economy is gridlocked. The country’s political leaders will not commit to the kinds of economic reforms that it needs, because doing so would undermine their own power. For good reason, most published analyses of Lebanon include references to problems such as corruption and institutional decadence. But what most commentaries miss is the role played by external stakeholders who see little reason to push for changes to the dysfunctional status quo.

While foreign powers with interests in Lebanon often do voice support for reforms, they lack the proper incentives to back up their rhetoric with concrete action, because doing so would simply undercut their own influence in the country. Meanwhile, the Lebanese people have been left to suffer at the hands of an oppressive economic structure. In 2021, the country’s GDP was just $20.5 billion, down from $55 billion in 2018. With poverty rates soaring and the currency having lost 90 percent of its value, the economy is teetering on the edge of collapse, and a humanitarian crisis is looming.

It doesn’t have to be this way. If foreign stakeholders wanted to effect positive change within the country, they would have many tools for doing so. They could easily tie the hands of Lebanon’s political elites by applying existing laws in their home countries, and by leveraging their influence over global financial institutions to hold politically exposed person in Lebanon to account.

While the Lebanese authorities have largely failed to bring corrupt officials to justice, foreign disclosures of stolen wealth could still create the domestic pressure for change. For example, the SWIFT interbank messaging service for cross-border payments can be used to identify potentially corrupt wealth transfers made from Lebanon at any point over the past three decades. And information on property registries could be used to identify Lebanese public officeholders who might have accumulated assets beyond their means.

Moreover, British, US and EU financial agencies can make similar public disclosures using information from the Western banking system. The UK Financial Conduct Authority, US federal banking agencies and the European Commission all require financial-system “gatekeepers” to perform enhanced checks on PEPs, their families and their close associates. Each jurisdiction recognizes that there is a risk of PEPs abusing their positions and using the financial system to launder ill-gotten gains. Under existing laws, Lebanese oligarchs and officials can and should face enhanced scrutiny when they try to access these parts of the global financial system.

Lebanon’s foreign stakeholders thus have ample leverage with which to push for domestic reforms. The problem is that punitive measures can succeed only if they target all politicians, officials and bankers who may be involved in corruption, regardless of their political affiliations or foreign-policy positions. But owing to Lebanon’s complicated, factionalized domestic politics and its geo-strategic location, broad-brush enforcement tends to be a non-starter for foreign stakeholders, each of which has its own transactional, patronage relationships with various Lebanese political actors.

The United States, for example, wants to ensure that its allies in Lebanon vote in line with US interests in the ongoing negotiations over Lebanon’s southern maritime border. EU countries want their allies to oppose a “Going East” campaign that envisions Lebanon (which currently gets 38 percent of its imports from Europe) deepening its economic ties with China, Russia and other countries. And Saudi Arabia and the United Arab Emirates want their allies in Lebanon to remain aligned with their own foreign-policy positions regarding Iran and Palestine.

Taken together, these strategic interests prevent foreign stakeholders from pursuing broad anti-corruption measures, because their own Lebanese allies could be ensnared. Without broadly coordinated action to tackle all corrupt elements without fear or favor, and to identify and seize all ill-gotten gains across multiple jurisdictions with varying legal structures, Lebanese elites will not be held accountable under the law. But no foreign power will implement punitive measures unless it is convinced that competing stakeholders will do the same.

In addition to being coordinated, punitive measures also need to be consistent and credible. Any foreign action needs to be backed by ample, transparent evidence against the accused, and it needs to adhere to due process under the relevant domestic and international laws. Lebanese citizens are more likely to trust actions by foreign powers if they can see that enforcement is not selective, discriminatory or designed merely to advance narrow strategic objectives.

Equally important, law-enforcement action must be used to catch the big fish, not just small-time operators. A good start would be to reckon with those Lebanese central-bank officials who have already been credibly accused of corruption and collusion with political actors.

Coordinated action among strategic rivals is a tall order; but it is the only option. Lebanon’s institutional troubles cannot be wished away. The international community must reassess the costs of the country’s perverse political equilibrium, and Lebanon’s main foreign patrons must recognize that they ultimately share an interest in breaking the country’s institutional gridlock.

Lebanon’s foreign patrons are members of the G20, which recognizes the negative effect of corruption on economies. The G20 Anti-Corruption Working Group can lead anti-corruption efforts in Lebanon, especially as it works with the International Monetary Fund, which is currently negotiating with Lebanon regarding conditional financial support, and the World Bank, whose Stolen Asset Recovery Initiative (StAR) plays an advisory role on related issues, including asset recovery and anti-money laundering policies. In short, such existing initiatives of global governance could be harnessed to improve Lebanon’s governance.

In the absence of such coordinated global action, tensions in the country will escalate, resulting in a growing number of asylum-seekers, which will affect Europe in particular. Cyprus is already the EU member state with the highest number of asylum-seekers per capita, and the United Nations Refugee Agency, UNHCR, has reported a 160 percent rise in irregular migration attempts on the Lebanon-Cyprus route since 2019.

Greater emphasis should be placed on preventing displacement, rather than mitigating the refugee crisis through foreign aid. The diagnosis and the cure have been identified, but the physician still seems to have an incentive to keep the patient sick.

Jamal Ibrahim Haidar is a research associate at the Middle East Initiative at Harvard University. Adeel Malik is Associate Professor of Development Economics and Globe Fellow in the Economies of Muslim Societies at the University of Oxford.

OXFORD, United Kingdom — Lebanon’s political economy is gridlocked. The country’s political leaders will not commit to the kinds of economic reforms that it needs, because doing so would undermine their own power. For good reason, most published analyses of Lebanon include references to problems such as corruption and institutional decadence. But what most commentaries miss is the role...