Why the shadow war between Israel and Iran is intensifying

Since the end of May, several Iranian scientists and officers have been killed in murky circumstances 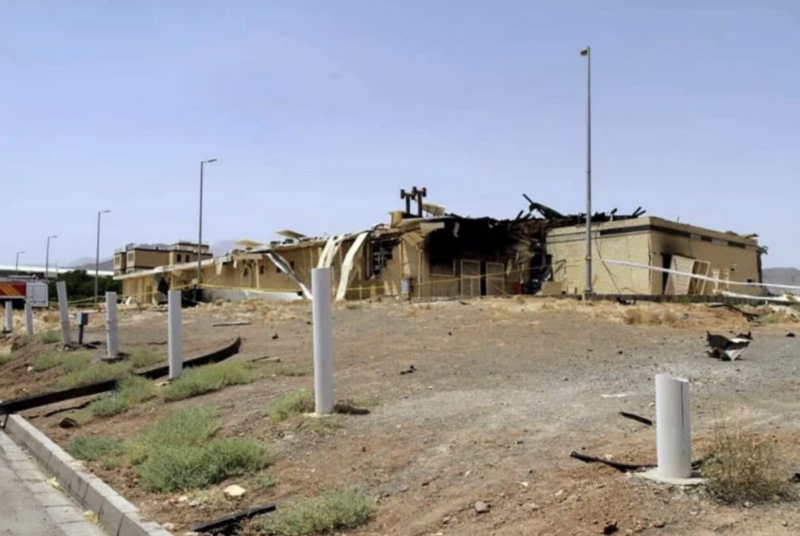 First there was the assassination of Hassan Sayad Khodayari, a member of the Quds Force of Iran’s Islamic Revolutionary Guard Corps (IRGC), in the center of Tehran on May 22.

Engineer Ehsan Ghadbeigi was then killed in a drone attack on a military base near the Iranian capital on May 26.

Iranian scientists Kamran Aghamolaei and ​Ayoub Entezari died within days of each other on May 31 and June 2. Aghamolaei was an aeronautical engineer and Entezari a geologist, according to Tehran but a nuclear scientist according to Israel.

This series of dark events for the Islamic Republic continued Sunday with the disappearance of Ali Kamani and Mohammad Abdus, two officers of the IRGC aerospace force, allegedly involved in developing weapons for Hezbollah.

This litany of fatalities doesn’t include Ali Esmailzadeh, another member of the Quds Force, who official reports claim fell off the roof of his house. There are strong suspicions that Iran got rid of him, as Esmailzadeh reportedly liquidated Khodayari for Israel.

This killing spree underlines how much the Jewish state’s campaign against Tehran has intensified over the past year.

In some cases, the circumstances of death are clear. This is the case of the premeditated murder of Khodayari, slain in his car by men on motorcycles in an operation for which Israel claims credit.

In other cases, leads are less clear.

According to Iranian sources interviewed by the New York Times, Israel poisoned Entezari and Aghamolaei.

As for Kamani and Abdus, Tehran is trying to maintain ambiguity, while not failing to refer to them as “martyrs.”

While each time the finger of blame is pointed at Israel, which has been conducting a shadow war against the Islamic Republic for 20 years, the May 22 assassination of Khodayari marked a turning point in the conflict since the killing of nuclear physicist Mohsen Fakhrizadeh-Mahabadi in November 2020.

This series of assassinations are taking place in an extremely difficult time for Iran.

Indirect nuclear talks with the United States have been at a standstill since March and the prospect of an agreement, which was still within reach at the beginning of the year, is growing less likely, with Tehran being increasingly provocative and Washington refusing to throw itself fully into de-escalation.

The situation might drag on this way until it reaches a point of no return.

Tensions ratched up a notch Thursday, when Tehran shut off the surveillance cameras set by the International Atomic Energy Agency to monitor its activities at the country’s main nuclear facilities — possibly a “fatal” blow to the negotiations, according to IAEA’s head Rafael Grossi.

‘Going for the head’

Since former US President Donald Trump’s unilateral withdrawal from the 2015 Iran nuclear agreement, the Joint Comprehensive Plan of Action, which provided for drastic limitations on its nuclear program in exchange for substantial lifting of sanctions, Tehran has increased its uranium enrichment at breakneck speed.

Many analysts believe that Iran has now accumulated enough material to make a bomb, even if it continues to deny having military ambitions.

In a sign of escalating tension, the IAEA Board of Governors overwhelmingly voted Wednesday on a resolution criticizing Iran for its lack of cooperation, calling on it to comply with its “legal obligations.”

Of the 35 member states, only Russia and China voted against the resolution, while three countries abstained.

For Israel, this is a small victory because, since taking office in early 2021, the administration of President Joe Biden has been trying to reactivate the nuclear deal but has been faced with opposition from the Jewish state, its closest ally.

Israel is not only seeking a more restrictive agreement to this effect, it also wants to deal with the Islamic Republic’s ballistic program and regional militia network, two red lines for Iran.

Before they were put on hold, the nuclear talks had stalled on just one point: Tehran demanded that Washington remove the IRGC from its blacklist of terrorist organizations, a sanction dating from the Trump era that Joe Biden, after hesitation, finally decided to keep, justifying his choice by the fact that it was in no way linked to the nuclear issue.

Strangled by international sanctions, Tehran is going through a serious economic crisis.

Nearly 33 percent of Iranians now live below the poverty line, while inflation is running at 40 percent.

While Israel has not claimed responsibility for most of the assassinations recently carried out on Iranian soil (nor has it denied them), the fact remains that this latest episode seems to illustrate perfectly the evolution of its strategy — the “Octopus” Doctrine as defined by Prime Minister Naftali Bennett, who spoke before the Knesset on June 7.

The next day Bennett spoke to the Economist, saying that his country will no longer be satisfied dealing with Iran’s tentacles, a reference to its proxies.

“We’ve created a new equation by going for the head,” he said.

Should the nuclear talks falter completely, Tehran will grow more isolated on the international scene, which would prompt it to escalate on all fronts, nuclear, ballistic and at the level of its proxies.

This could turn the already-not-so discreet shadow war with Israel into an open conflict.

From this standpoint, the fact that figures with no connection to the Iranian nuclear program are being assassinated inside Iran is indicative of Israel’s strategic shift, the extent of its infiltration in Iran, but also of the degree of dissatisfaction, on the part of both Iran’s population and its institutions.

Tehran can, however, flex its muscles through its proxies or by attacking Israeli nationals in the diaspora.

For several days, Israel and Lebanon’s Hezbollah have been engaged in a game of one-upmanship, with Hezbollah leader Hassan Nasrallah having warned last week that he was capable of striking the Karish gas field, which Israel claims for itself.

It was targeting depots belonging to pro-Iranian militias located near the airport.

Since the outbreak of the Syrian war in 2011, Israel has carried out hundreds of airstrikes targeting Tehran and its allies, which have been fully engaged on the ground to ensure the survival of the Syrian regime.

Today, Israel seems to fear that a possible withdrawal of Russian troops due to Moscow’s invasion of Ukraine could strengthen the Islamic Republic on its border.

This could be an attempt to take revenge for losses accumulated in the region, but also at home.

First there was the assassination of Hassan Sayad Khodayari, a member of the Quds Force of Iran’s Islamic Revolutionary Guard Corps (IRGC), in the center of Tehran on May 22.Engineer Ehsan Ghadbeigi was then killed in a drone attack on a military base near the Iranian capital on May 26.Iranian scientists Kamran Aghamolaei and ​Ayoub Entezari died within days of each other on May 31 and June...

US says journalist Shireen Abu Akleh was likely killed by gunfire from Israeli positions but "found no...

How has the war in Ukraine benefited the petro-monarchies in the Gulf?