Her main ambition is to introduce to politics a new, more strategic way of thinking. 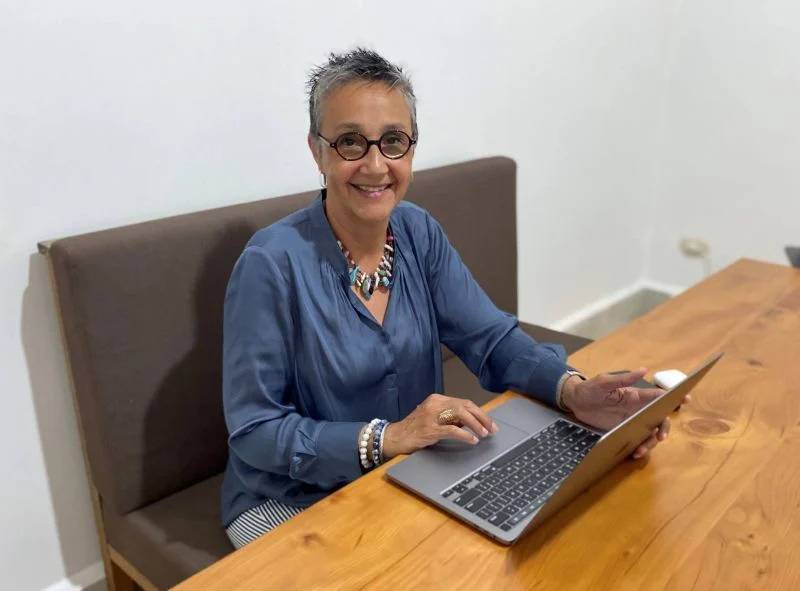 With her round-rimmed glasses, open smile and close-cropped hair, Najat Aoun Saliba has one of the most recognizable faces among the newly elected MPs of May 15’s “forces of change.”

A quick online search is enough to reveal the extraordinary career of a scientist who has won several awards (L'Oréal-Unesco prize in 2019, for instance) and has been nominated several times to be among the most influential women in the region.

In Lebanon, she is best known for her work at AUB — where she taught and founded the Environment Academy. Her studies have repeatedly revealed alarming rates of air pollution, both during the waste crisis of 2015-2016 and during the current energy crisis, which has forced Lebanese to rely almost entirely on neighborhood generators, with their attendant exhaust fumes.

With her distinguished profile Aoun Saliba may be the first MP to have such a rich scientific and ecological background. She herself talks about it willingly and passionately.

“Atmospheric chemistry, my complex specialty, combines chemistry, physics and biology,” she said in a half-light of a room at the headquarters of the Taqaddum party, the one that nominated her on its list, in Gemmayzeh.

Aoun Saliba’s career path is unique, because it was science that led her to environmental activism and not the other way around.

“Originally, I wanted to prove that, even as a girl, I can be good at math (contrary to popular belief at the time),” she said. “The first time I tackled environmental issues was while writing my master’s degree thesis, and after my PhD, when I specialized in environmental atmospheric chemistry and was able to apply everything I had learned.”

Activism came as a natural consequence, as it “was impossible to see the devastating effects of pollution on the environment without being willing to take action.”

From 2001 to 2017, Najat Aoun Saliba focused not only on air pollution, but also on second-hand smoke. “When we saw that research and advocacy were not leading to strong recommendations, we created the Environment Academy at AUB,” she said.

The shift from activism to politics needed another trigger: “The explosion in Beirut.” Her emotions were obvious as she spoke the words. “I suddenly felt how deadly corruption and negligence could be. We could no longer remain silent. I decided to leave behind everything I had built at AUB, to go into politics and use what I had learned during those years, because we had to break this cycle of corruption.”

In Parliament, the scientist plans to adopt “a systematic approach.”

“In the whole world, the focus is on solution-oriented strategies. We can’t continue to opt for solutions tailored to the interests of political parties. That’s the circle I want to break. I may not be the author of the most successful strategies myself, but I know how to improve them. I want to introduce a new way of thinking.”

Her colleague Alain Daou, director of AUB’s Nature Conservation Center, who will replace her as head of the Environment Academy, is convinced that she has the qualities to initiate such a change in Lebanese political life.

“I came back to Lebanon six years ago,” he said. “I met her when she was NCC director. She warmly and benevolently welcomed me, and did everything to integrate me into the team. She has been a mentor and role model for me.”

For Daou, Saliba is not only an expert with indisputable charisma. She also knows how to surround herself with the right people, whose expertise differs from hers, and to listen to them with humility.

“I am sure she will have this same pattern in politics, and it will be a strength. She is close to the people, and all her projects are built on a citizen-based approach.”

“She is sharp. She is clear and transparent. There are no gray areas with her. I am sure she will not make concessions, which is unusual in Lebanese politics.”

Paul Abi Rached, an environmentalist with long experience, hopes that she will be able to monitor Lebanon’s various explosive issues. “Several internet users have recently tagged her in the Mseilha dam file and they are still waiting for her response.” [This irrigation project near Batroun sparked controversy, according to environmental activists, because of its several consequences, including causing a nearby river to run dry.]

Abi Rached welcomed an individual of such a profile to Parliament, but added that “having a scientific background is not enough. One must know how to stand up to experienced politicians.”

Saliba’s path journey to higher education, research, international awards and now to Parliament has not been smooth sailing. She admitted that she’s had to make several tough choices over the years. Her parents were displaced from Damour during the Civil War, for instance and, to help them, Saliba began teaching at the age of 17 .

In 1990, she left Lebanon for the United States under difficult circumstances, got married six years later and resumed her studies. In 2001, she unexpectedly decided to give up everything, returned to Lebanon and created a research laboratory at AUB, at a time when the necessary resources were not available.

Her husband, Issam Saliba, is an anchor and unwavering supporter. The economic crisis drove him to leave once again for the United States, but he insisted on coming back to stand by her side during election week.

Saliba has promised to show the same determination in defending women’s rights as she has in protecting the environment. For her, the two matters are interrelated.

“The Earth is a woman,” she said with a laugh, urging her fellow women to “dream big, as big as your imagination allows you to do.”

With her round-rimmed glasses, open smile and close-cropped hair, Najat Aoun Saliba has one of the most recognizable faces among the newly elected MPs of May 15’s “forces of change.”A quick online search is enough to reveal the extraordinary career of a scientist who has won several awards (L'Oréal-Unesco prize in 2019, for instance) and has been nominated several times to be among the...