Gas station queues are back, longest Circular 161 extension yet, Nasrallah acknowledges losing majority: Everything you need to know to start your Thursday

Here’s what happened yesterday and what to expect today, Thursday, May 19 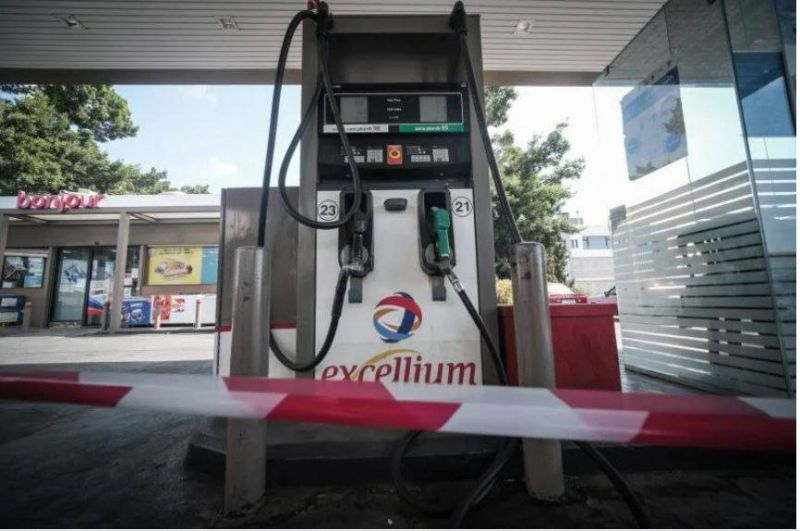 The overall voter turnout in Lebanon’s parliamentary elections was actually 49.19 percent, rather than the previously announced 46.69 percent. The reason for this significant difference of more than 5 percent, which ultimately shows an almost identical turnout figure to that of the 2018 elections (49.7 per cent), was a result of incorrect voter registration figures on a district by district level issued by the Interior Ministry Tuesday. Results posted to the Interior Ministry’s official elections website yesterday under the heading “Details of calculating election results for 2022” showed 4,180,163 registered voters, 212,656 more registered voters than were released as part of the final voter list before the election. L’Orient Today raised the issue with the ministry and election observers on Tuesday, after which its website was updated to reflect numbers that correspond with those in the final voter list, raising the overall turnout to 49.19 percent. While the turnout number does not change anything in the new parliament’s make-up, it does put an end to speculation about the implications of a much lower turnout this cycle, despite the many crises the country and its citizens face and the heightened importance of these elections.

Electricité du Liban’s issued a partial denial in response to rumors circulating since Wednesday morning about a total electricity blackout. Rumors stated that the state power provider had shut down its power plants. The embattled utility did however indicate that its power production will alternate between the power plants of Deir Ammar in the North and Zahrani in the South, to avoid plunging Lebanon into total darkness. EDL said it turned off its power station in the North – which still has a stockpile of fuel oil– until the remaining fuel at its power station in the South runs out, adding that this should occur by Thursday. After that, the Deir Ammar power plant will be put back into service, allowing the production of energy to be extended for a minimum of nearly four days. According to EDL, the country can only count on around 40,000 tons of fuel delivered each month as part of an agreement reached with Iraq nearly a year ago. If this quantity isn’t enough to allow the production of power between two to three hours of electricity per day, more reductions will be implemented until next Monday, when the next fuel delivery is expected to arrive. In a press release, EDL explained that this severe rationing is a result of the company’s increased production capacity to “cover the period of the legislative elections,” causing a faster drop in its fuel reserves during this period. Promised energy deals with Jordan and Egypt failed to materialize before the elections.

Gas station queues have once again become a familiar sight across the country after reports about fuel price increases and shortages started making the rounds. Fuel importers have said the issues are linked to delays in payments to importers by Banque du Liban and commercial banks and an increased demand over the election period. Although a number of gas stations closed on Wednesday and a number of long queues were spotted at stations in Corniche al-Mazraa and Saida, Gas Station Owners’ Syndicate spokesman George Brax assured the National News Agency that “Lebanon is not facing a fuel crisis.” Explaining the gas station closures, Brax said, “fuel distributors are supplying gasoline in limited quantities and some stations’ reserves have been depleted.”

The election of a new government has been followed by a weakening of the lira with fears of a new crash, causing the central bank to double-down on Circular 161 by extending it until the end of July. Its longest extension to date, as it was previously only prolonged one month at a time, also comes earlier in the month than previous announcements. The objective behind this sudden move is to calm the turbulent currency market, after the lira lost 11 percent in less than one week, trading briefly above LL31,000 to the US dollar yesterday. The lira immediately strengthened on the news, gaining LL1,000 to trade at LL30,200 to the US dollar, while the Sayrafa rate averaged LL23,500 to the US dollar. Circular 161 was originally brought to life on Dec. 16, permitting banks to sell dollars to depositors at the central bank-set Sayrafa rate while keeping in place the monthly lira liquidity quotas granted to them. However, the central bank amended the circular in mid-January and removed the quotas, granting banks the ability to sell unlimited US dollars to their clients.

In his post-election speech last night, Hassan Nasrallah said that no single party or group has the majority in the new parliament, acknowledging that his bloc has lost its majority. This situation, he said, “makes everyone equally responsible” and that “no one can claim they have no authority for being a minority.” While different analysts have settled on different figures for the total amount of seats controlled by Hezbollah and its allies — depending on which independent MPs are considered to be aligned with them — there has been a general consensus that the party’s bloc lost ground. In his speech, the Hezbollah chief also called for reforms to the 2017 election law that his party signed off on at the time, which he said allows some people to “win a seat in the parliament with 500 votes while others who get thousands of votes do not reach the parliament” and called for the country’s 15 districts to be replaced with a single electoral district. Discussing deposits that have been stuck in Lebanese banks since the October 2019 uprisings, Nasrallah said that “we have witnessed the biggest fraud in Lebanon’s history by the Lebanese banks which the American department conducted.” Ironically, Mawarid Bank head Marwan Kheireddine failed to re-enter Parliament after being one of the few candidates on Hezbollah’s lists who lost.

American University of Beirut announced Wednesday a gradual “transition to collecting tuition fees in fresh dollars – or their equivalent” starting in academic year 2022-2023. “It has become necessary for AUB to collect tuition fees in the same currency it must pay its expenses,” university President Fadlo Khuri said in statement addressed to the members of the AUB community, adding, “AUB has been operating at a loss, totaling over $134 million over the past three years,” leading to the exhaustion of its contingency funds. Khuri said the transition would be “gradual,” assuring that 40 percent financial assistance would be provided “for a large majority of students,” for the 2022-2023 academic year and 20 percent for the following year, in addition to any other grants they currently receive. On April 19, a protest erupted on the AUB campus in response to an anticipated doubling of tuition fees, increasing the LL3,900 exchange rate adopted by AUB to LL8,000. Three days later, AUB issued an official warning to the university’s Secular Club, which had co-organized the protest, for “the posting of unauthorized published materials,” in reference to posters disseminated by the club in objection to the tuition hike.

In case you missed it, here is our must-read story from yesterday: “Supporting the arts in a region where crisis is the norm.” And don’t forget to check out our election result data and statistics page here.

Want to get the Morning Brief by email? Sign up here.The overall voter turnout in Lebanon’s parliamentary elections was actually 49.19 percent, rather than the previously announced 46.69 percent. The reason for this significant difference of more than 5 percent, which ultimately shows an almost identical turnout figure to that of the 2018 elections (49.7 per cent), was a result of incorrect...