Ninety-nine seats called, Elie Ferzli out, Jad Ghosn loses tight race: Everything you need to know about the elections to start your Tuesday

Here’s what happened yesterday and what to expect today, Tuesday, May 17 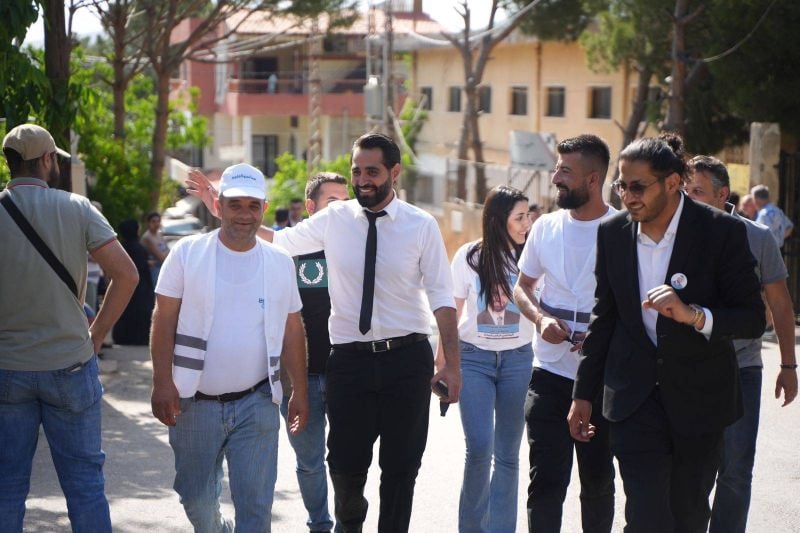 It was an unnerving, chaotic but also hopeful day for Lebanon, as the whole country breathlessly braced for the final results of Sunday’s parliamentary elections. Last night, Interior Minister Bassam Mawlawi had only announced the final results for 99 seats distributed over 10 electoral constituencies. While the semi-final tally Sunday night showed that 41.4 percent of people voted, this excluded the diaspora vote, which amounted to three times that of the 2018 elections. Long-time MP Talal Arslan lost his seat to Taqqadom’s Marc Daou in Mount Lebanon IV while Hezbollah lost a seat it has held for three decades, a historical moment in the party’s stronghold of the South III constituency, as former minister and AM Bank Chairman Marwan Kheireddine was beaten out by over opposition candidate Firas Hamdan. Joining Hamdan in victory in that district is Elias Jaradeh, another opposition candidate. In the Mount Lebanon IV constituency, the opposition made another breakthrough, with the “United for Change” list achieving three seats in Parliament, including Daou. Another historical upset was achieved by anti-establishment candidate Yassin Yassin, running on the “Sahlouna wal Jabal” list, who beat former information minister and current controversial Deputy Speaker of Parliament Elie Ferzli in the Bekaa II district. While the Lebanese Forces reported they gained enough seats to replace the Free Patriotic Movement as the largest Christian party in the legislature, even celebrating with a gargantuan billboard thanking its voters while vowing to “get rid of'' Hezbollah's highly divisive arsenal of weapons, final results are yet to be announced. Interior Minister Bassam Mawlawi is expected to hold a press conference at 10:30 a.m. to announce the remaining election results. Follow our live updates page to keep up with developing elections coverage.

In an extremely tight race, high-profile opposition candidate Jad Ghosn ultimately lost his race. Ghosn ran as part of the Citizens in a State’s (MMFD)-led “Towards the State” list in Metn's Mount Lebanon II voting district, losing out to Lebanese Forces candidate Razi al-Haj by a mere 88 votes. Earlier in the day, Ghosn had publicly blamed the delay in the tallying of votes in the hotly contested and eagerly awaited battle for the remaining seat in Metn (Mount Lebanon II) on “bags of diaspora votes” in Baskinta village that were “ripped, unsealed and supposed to include 363 votes, but instead had 259.” Despite initial results Sunday showing that he had lost, Ghosn gained momentum as the expatriate votes were counted on Monday. The Baskinta votes in question were ultimately disqualified, but the final vote count saw Ghosn fall behind by 88 votes. Meanwhile, highly conflicting reports from various national media outlets led to a frenzy on social media, with many prematurely congratulating Ghosn, a former investigative journalist for local channel Al Jadeed TV, and framing his win as a collective victory for change over the status quo.

A European Union election monitoring delegation is set to give its first report today at 11 a.m. on election violations observed by its teams. While the Lebanese Association for Democratic Elections had previously noted a number of varying violations during Sunday’s voting, it said at a press conference yesterday afternoon that it was “too soon to know if the poll was free and transparent, but there were plenty of irregularities,” adding that it will issue a report next week documenting all the alleged violations it had gathered. The organization did lift a veil on its official findings by mentioning “wholesale” discrepancies, which they claim included “flagrant violations, threats and pressure inflicted by several political parties against a background of laxity from the Interior Ministry,” which failed to guarantee the safety of observers and voters.” The NGO also added that its observers were threatened, pressured and beaten, forcing some to abandon their duties “to ensure their personal safety.” During its press conference, LADE called the numerous violations an “assault on electors.” Major violations were not limited to interference of party representatives and even included security forces barring observers from witnessing the sorting process. Interior Minister Bassam Mawlawi in a press conference Sunday night denied that vote counting at a center in the Beirut I constituency was taking place in the dark, insisting that “all security, logistical and administrative problems were resolved quickly.”

Throughout the day, many candidates took to social media to reflect on losses and victories, with some even announcing their own defeat or win before it was officially announced. MP Jamil Sayyed, who was sanctioned by the US government in October 2021, tweeted a personal analysis explaining what he believed led to his loss, while Arab Tawhid Party head Wiam Wahhab on Monday appeared to blame his electoral loss in the Mount Lebanon IV constituency on “the betrayal we’ve suffered from those who believed the lies and chose humiliation over freedom,” sarcastically thanking voters for “freeing” him. “Update us in a year about the achievements of your deputies,” he added. FPM leader Gebran Bassil took on an tweeted Sunday night that his party was not “at war” with other Lebanese parties but instead with “ the United States, Israel and its allies since Oct. 17, 2019,” invoking the mass uprising that, incidentally, popularized a chant tailor-made to denounce him. At the time, he still expressed confidence that his party would “emerge victorious.” Lebanese Forces leader Samir Geagea, on the other hand, said in an interview with al-Arabiya TV that his party’s progress against its main foe meant that “Christian public opinion, which was dominated by Hezbollah for 17 years, has changed.”

While the votes are still being counted in the parliamentary elections, read the full series of immersive regional reports written by L’Orient Today and L’Orient-Le Jour. Don’t forget to check out our Mapping Lebanon series to get all the latest statistics on the legislative elections.

Want to get the Morning Brief by email? Sign up here.It was an unnerving, chaotic but also hopeful day for Lebanon, as the whole country breathlessly braced for the final results of Sunday’s parliamentary elections. Last night, Interior Minister Bassam Mawlawi had only announced the final results for 99 seats distributed over 10 electoral constituencies. While the semi-final tally Sunday night...