To relatives of victims who demand the death penalty, abolitionists tirelessly reply that executing a condemned person does not reduce crime 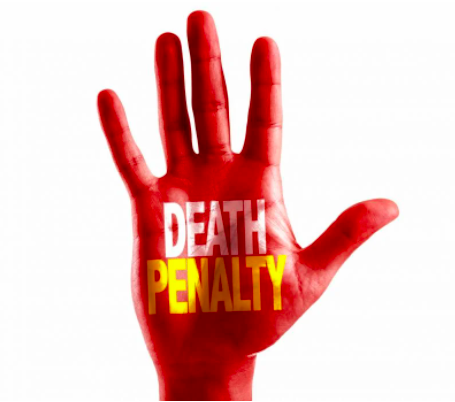 “I have always been against the death penalty. I am also against hunting. But for those criminals who murdered my three daughters and my ex-wife in cold blood before burying their bodies, I demand capital punishment,” said Zakarya Safawi.

Two weeks after the discovery of a quadruple femicide, which horrified the village of Ansar, South Lebanon and shook the public, Safawi, the mokhtar, is still in shock. The father’s words to L'Orient-Le Jour reflect the pain of losing what he held most dear. They serve as a reminder, however, to that each time a terrible crime is committed in Lebanon, the relatives of the victims, supported by a section of public opinion, call for the death penalty, thus relaunching the debate on the abolition of capital punishment.

Lebanon has not resorted to executing a convicted criminal since 2004. A de facto moratorium has been in place for 18 years, but the judiciary continues to hand down death sentences. Eighty-one convicts, Lebanese and foreign, are currently waiting on death row, mainly in Roumieh Central Prison. The law is still waiting for a national consensus to abolish the death penalty. However, on Dec. 16, 2020, a representative from Lebanon spoke at the UN in favor of a universal moratorium.

Although he is well aware that the execution of the two alleged murderers, arrested the day he spoke to L’Orient-Le Jour, will not bring back the victims, Safawi said he is not able to accept that one day soon the criminals could find themselves in society if they are not executed. Worse, “if their guilt is proven,” he said.

"It's not because the crime affects me personally," he said, defending himself. But if the death penalty is not pronounced and carried out, he said, the assassins could be freed. That is to say his lack of confidence in a justice system accused of being politicized and of applying double standards, especially in the context of multiple acute crises in Lebanon.

The authorities were slow to react

On March 25, the town of Nabatieh was plunged into horror. The quadruple murder of a mother, Bassima Abbas, divorced from Mokhtar Safawi, and their three daughters, Rima (22), Tala (20), both university students, and Manal (15), a secondary school student. Their bullet-riddled bodies were found by the police in a cave on the outskirts of the village, buried under concrete blocks poured by the killers, at least one of whom has confessed, according to the army.

"These crimes are of unimaginable cruelty. We do not understand why. Nobody had done anything to the criminals. Neither my ex-wife nor my daughters, and especially not my youngest daughter who was not even 16 years old," said Safawi. The alleged mastermind of the operation, Hussein Fayad (36), who returned to Ansar after spending years abroad in Africa, was dating the youngest daughter of the mokhtar. "The two families knew each other well. They were on good terms. There was talk of marriage," murmured Safawi. The other murderer, Hassan Ghannach, is a Syrian national. On March 2, the four women were invited to dinner by Tala's friend. Their disappearance, their abduction, dates from that day.

Their execution too, in the cave where their bodies were found, according to the army. "Before the tragedy, Manal, my youngest daughter, had sent a text message to her maternal aunt warning her of the dinner invitation. An invitation she did not want to accept. It is besides this SMS which put us on the track,” said the father, citing the confessions of Fayad and the investigation into the killings, which is still in progress. "But the authorities were slow to react. The craziest rumors ran then," he said.

In Ansar, where everyone knows each other, anger rumbled and spread on social media, in solidarity with his mokhtar whose family had been torn apart. "At the very least? An execution. And that their bodies be exposed in the public square of Ansar,” said Mariam, a resident of the town. “Exhibit them in Ansar Square and torture them to death,” said Lino, another. "All the inhabitants of the locality must show solidarity and not vote if the assassins are not executed in the public square, in front of everyone," adds Malak, a third resident.

Resuming popular discourse, the village imam said during his sermon that he had informed the authorities, and in particular President Michel Aoun, that "the family of the victims and the inhabitants of the village will not accept less than a condemnation to death of the culprits.” Even the family of Fayad, the alleged instigator, is demanding the death penalty if the facts are proven, and promises to disown him. "The whole village, including the relatives of the criminal, is demanding the maximum sentence and the execution of the two assassins on Ansar Square,” said Haidar Jaffal, another mokhtar from the area. “We are also awaiting answers on the circumstances and the motive for the crime. It is the least we can do,” he added, denouncing the “negligence” shown by authorities towards a tragedy of such magnitude.

"The murder of Ansar is horrific, inexplicable," admited former Justice Minister Ibrahim Najjar, vice-president of the International Coalition for the Abolition of the Death Penalty. But, he noted, “each time the horror takes over, the population calls loud and clear for the judicial execution of the killers to avenge the missing loved ones. But it is not a solution and has never stopped crime.”

It is certainly understandable that the bereaved families are crying out for revenge. The work in favor of abolition does not stop there. "For now, we can't say anything to the bereaved families, whose pain we understand," commented Raphael Chenuil-Hazan, director general of Together Against the Death Penalty, which campaigns for universal abolition. Only time will convince them that the death penalty is not the answer to even the most horrific crime. In the meantime, "we must always explain to the population that the death penalty will not bring back the victims and will not heal the wounds."

In a society a failed state, in which the government can only offer the population collapse, chaos and insecurity, the demand for a capital execution accompanies popular bitterness. "Given the failure of the state and the loss of hope of a population that is undergoing a particularly difficult daily life, resentment against the authorities can only grow, and with it the calls for the punishment of death," observed Ogarit Younan, sociologist, who in 1979 founded the National Campaign for the Abolition of the Death Penalty in Lebanon.

This resentment is exacerbated when the justice system does not do its duty and is often seen to be subject to the whims of the political class. “People have lost all faith in justice, they take refuge in the demand for the death penalty,” lamented Antoinette Chahine, who was formerly condemned to death and is now an activist for abolition. Chahine referred to the interventions and frequent telephone calls of Lebanese politicians to judges, in a desire to mitigate the sentence of a criminal who is close to them, even to exonerate him.

Added to this state of affairs is the popular belief that for a horrible crime, the response must be equally as horrible. Except that for abolitionists, capital punishment is not only useless, it is a barbaric crime. “The death penalty is not a personal request. It is the state that executes. And I refuse to have him execute in my name. We all have the right to say no!” Younan asserted, getting excited. “The death penalty has no interest. It is barbaric, absurd and stupid. It does nothing for the families of the victims. And what's more, it exacerbates hatred," said Lamia*, whose father was murdered, and his killers executed.

A sentence can also prove to be exemplary without killing in the name of the state. "I am in favor of an exemplary sentence, but against the death penalty,” said Najjar. "The only thing likely to reduce crime is fair justice that refuses compromise and reveals the truth," added Chahine, speaking out in favor of a life sentence with no chance of release. “Perpetuity is much harder to bear than execution,” assured Chahine, who experienced imprisonment for five and a half years in Lebanese jails. "An exemplary response, commensurate with the crime, could also translate into human and legal behavior that shows the authorities' interest in the case and their willingness to provide reparation to the families of the victims.”

"Capital punishment prevents real justice because it prevents the families of victims from understanding and mourning," said Chenuil-Hazan. “To say then that we are going to make a symbol of a capital execution is a trap.”

The secrets of the Ansar tragedy are yet to be revealed. Meanwhile, another debate invites itself on the scene, that of violence against women in Lebanese society. “The death penalty often prevents real debates in society,” said Chenuil-Hazan, regretfully. “In this particular case, it is about the issue of women in society and the acceptance of crimes committed by men against them.”

*Name has been changed.

“I have always been against the death penalty. I am also against hunting. But for those criminals who murdered my three daughters and my ex-wife in cold blood before burying their bodies, I demand capital punishment,” said Zakarya Safawi.Two weeks after the discovery of a quadruple femicide, which horrified the village of Ansar, South Lebanon and shook the public, Safawi, the mokhtar, is...