What does the Lebanese opposition stand for?

As May’s legislative elections approach, L’Orient-Le Jour will publish a series of articles on the parties that claim to have a new approach to local politics. 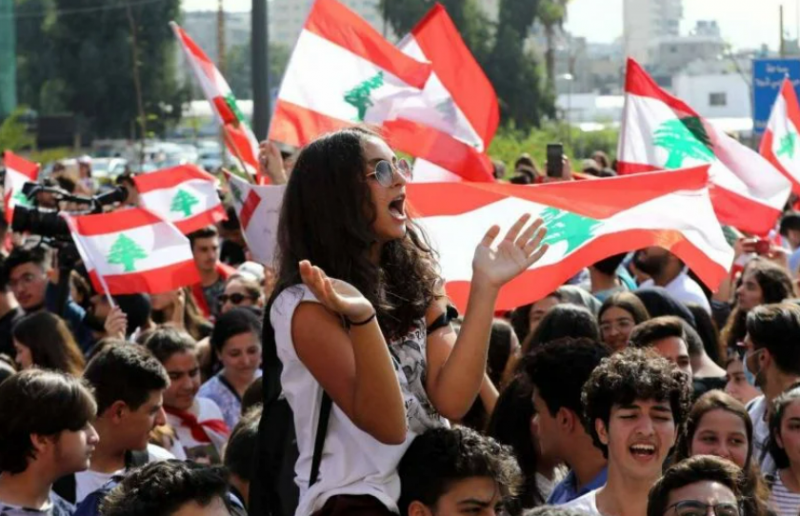 Endless ego battles, superficial speeches and unreadable strategies: Since the Oct. 17, 2019 uprising, parties claiming to offer a new approach to Lebanese politics have been a rather sorry sight.

The thawra created a lot of expectations and created the impression that a significant segment of the Lebanese population was basically breaking with what is usually called “the system” albeit without agreeing on an alternative model or on the price to be paid to achieve it.

Those who aspired to embody this change had to assume the role of proposing a credible political platform in order to channel popular anger and aspirations into a vision and a strategy likely to rally the largest number of people.

It is clear that they have not succeeded. A poll sponsored by the Konrad Adenauer Foundation (KAS) — associated with Germany’s Christian Democratic Party — and conducted by Statistics Lebanon, revealed earlier this year that half of those who supported the October 2019 uprising no longer do.

The Lebanese uprising was nipped in the bud by Hezbollah’s counter-offensive, the traditional parties’ attempts to control it, the harsh economic and financial crisis, and the COVID-19 pandemic. But it has also been left orphaned by the political immaturity of those who claim to be part of it.

One must recognize here that the task has been difficult. Breaking with decades of political practice in a country where a decades-old political culture remains firmly entrenched, and where sectarianism and clientelism remain the two main sources of political legitimacy, is far from easy. It is all the more difficult because Lebanon is in an extremely complex situation.

There is no “magic formula” for getting out of this situation. The different parties can propose plans to rebuild the Lebanese state and economy, to escape the sectarian political model or to disarm Hezbollah. But it would be very pretentious to claim today to have a simple and realistic solution to all these problems.

The protest groups, those who were not in the government when the popular uprising broke out, were soon confronted with a range of issues for which they were not necessarily prepared.

Beyond the slogan of the uprising, “Kellon yaani kellon” (all of them means all of them), the protest groups had to define their political priorities and their strategies to seize power. Above all, they had to answer the crucial question of who to ally themselves with, and on what basis, when confronting the traditional political class.

The movement’s horizontality and the context in which it arose clearly did not facilitate the emergence of a united front. As early as Oct. 17, there were protesters on the streets with quite different political backgrounds, who were not aligned on many divisive issues.

There were leftist protesters, others from the right, former members of the March 8 and March 14 camps, the urban bourgeoisie and those excluded from the clientelist system.

Many movements were created on this occasion with the goal of re-appropriating politics. But each of them felt that it had its own singularity — most of the time artificial — and that it represented the popular uprising — assumptions that were mostly false.

“Ego-cracy” and political divisions have prevented the formation of a united front in the run-up to the May 15 polls. Three issues have divided all these groups: The issue of Hezbollah, the alliance with the Kataeb and other traditional figures, and what strategy to adopt.

This has created a number of dynamics at a national level that are sometimes contradicted by local considerations. For example, the center and right wing of the thawra refused to ally with the Kataeb party in Beirut I or North Lebanon III, but agreed to do so in other electoral districts, such as Metn, Kesrouan-Jbeil and Baabda.

There are so many groups and so many programs that it would be confusing to go into all the details. But, broadly speaking, there are three approaches to the legislative elections. The first is represented by the “Citizens in a State” movement of former minister Charbel Nahas. His group believes that Hezbollah should not be singled out from other groups and that its disarmament should not be a primary objective. It is against a broad alliance and does not believe that the elections can change the situation.

The second group includes the thawra’s leftist parties, such as Li haqqi, which are more strident against Hezbollah than Nahas’ party, while opposing a broad alliance with movements that are more to the right.

The third consists of the thawra’s centerist and rightwing groups, such as the National Bloc or Taqaddom, which prioritize an anti-Hezbollah stance and which, with a few exceptions, have tried to form broad alliances in preparation for the parliamentary elections.

All this sometimes lacks legibility, while Lebanon is facing several existential challenges. The elections, while not a panacea, come at a crucial moment and can have important consequences in the balance of power within Parliament and the government.

For this reason, L’Orient-Le Jour is publishing a series of articles, the first of which appears today, with the aim of allowing you to better understand who are the groups claiming to be part of the Oct. 17 uprising, what their projects are and how they are approaching the elections.

This is not a comprehensive presentation, nor a promotion of one group or another. Rather, it is an attempt to shed light on the dividing lines and the stakes in the next election. Under the term “Oct. 17 protest movement” we have chosen to group all the parties, ranging from the Communist Party to the Kataeb, and Beirut Madinati, which have been against the government since before the Oct. 17, 2019 uprising started.

The first article deciphers the differences and similarities between these movements and the traditional parties. The others will focus on the chances of the Shiite opposition, the emergence of several Lebanese lefts and the internal revolution of the Kataeb.

This article was originally published in French by L'Orient-Le Jour. Translation by Joelle El Khoury.

Endless ego battles, superficial speeches and unreadable strategies: Since the Oct. 17, 2019 uprising, parties claiming to offer a new approach to Lebanese politics have been a rather sorry sight.
The thawra created a lot of expectations and created the impression that a significant segment of the Lebanese population was basically breaking with what is usually called “the system” albeit...