From Waste to Trash 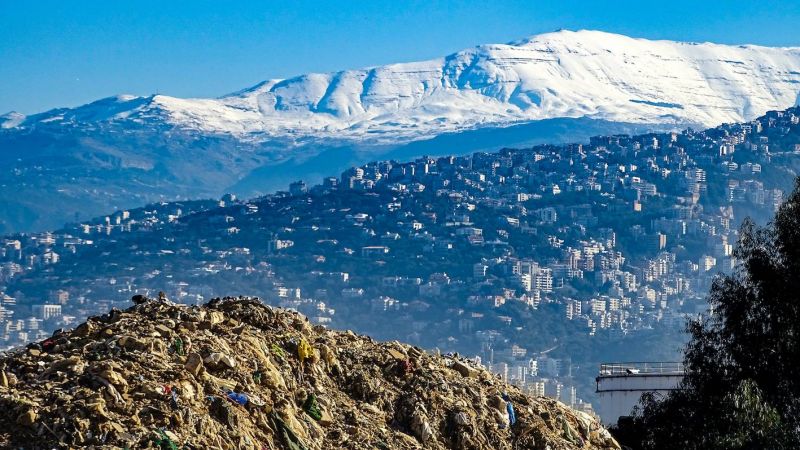 Landfill in Beirut's Quarantina area, next to the Burj Hammoud and Jdeideh landfills, on January 6. (Copyright: Camille Ammoun Jan 6 2022)

Waste is what remains of our consumerist civilization, and of the planned obsolescence of everything around us. We throw it away at the margins, we make it invisible. Rigged collection prices, artificially weighted loads, rented land, embankments created for future real estate development, abused scavengers... Everything in this value chain, which is made invisible by our disgust for garbage, is a source of hidden profits for the world's mafias — from Naples' Camorra to New York's Cosa Nostra — and for our cities, a source of exorbitant social and environmental costs.

This walk begins at the periphery, at the foot of the Burj Hammoud waste hill, and ends in the center, at the foot of the Qantari hill where the Grand Serail stands. Here, at the dump, we can explore the dark side of humankind through the plethora of objects we dispose of every day. Waste is nothing, and it is this nothingness that accumulates to the point of transforming the geography of Lebanon. The coast, the plain, and two mountain ranges... no, three, with the new one that corruption is vomiting on this Mediterranean shore.

In July 2015, the failure of the Lebanese political class materialized in the streets through the apparition of piles of garbage. Dustbins overflowed; bags started to leak. In the muggy summer heat, the garbage marinated in its juice. Soon enough, it was incinerated on the spot, adding to the nauseating odors of its fermentation the bitter smell of its combustion. Then, in a country where people sleep with open windows, the smoke awakens ; it stings, we weep, we suffocate, we go down to the street. The problem affects all neighborhoods, all social classes, all communities, all sects. And this waste, this invisible nothing, by becoming visible, by surfacing in the streets, becomes a political object. The "Tol3et Ri7etkon" (You Stink) movement was born.

The crisis rots, but the Lebanese divide becomes less vertical, less sectarian. It is now more horizontal, opposing the people to a predatory political class. This new divide surfaced during the 2016 municipal elections, when civil society presented a list in Beirut against which all the traditional political parties coalesced. Yes, the za’ims won Beirut, but with more than 30 percent of the votes, civil society became the first opposition party.

The oligarchs were caught off guard. Since 2008 and the Doha agreements, they all sit in the Grand Serail. They can no longer blame each other. All in the serail, means they are all responsible. And when some of them tried to exonerate themselves, for the first time we heard the crowd chanting: "Kellon yaani kellon" (“All of them means all of them”). It is in the nauseating rubble of our consumerist society, in the swamp of Lebanese politics that the flagship slogan that will be taken up by October 2019 was born.

The end of the fighting in 1990 did not give rise to any popular demonstration. What was then presented as the end of the civil war was only a perpetuation of the conflict with other means under the ominous shadow of the pax Syriana. But we know now that the endless war in Lebanon will only end when those who made it are no longer in power.

Three major popular movements, on the other hand, have punctuated the thirty years since 1990. The first one, in 2005, was structured against Syrian occupation but not (yet) against the Lebanese political class. For this reason, Samir Kassir, a precursor to the politicization of civil society, preferred to call this movement the Independence Intifada rather than the Cedar Revolution. Indeed, the popular movement of 2005 was not a revolution because it did not challenge the sectarian political system, nor the traditional za'ims, which would be done by the revolutionary moment of 2019.

Samir Kassir, as an accomplished democrat, already knew in 2005 that the 2005 Spring – an unfinished spring – would only blossom when civil society turned against the archaic power that governs it. Victim of the series of assassinations that deprived the camp that opposed Syrian presence in Lebanon of its political and intellectual figures, Kassir would not be able to becomethe democratic conscience of the post-Syrian occupation power. He would not be able to denounce the collusion of the entire Lebanese political class into a cartel of kleptocrats whose goal is the perpetuation of a corrupt system. Finally, he would not be able to decry this restoration of the pre-2005 regime.

While in 2005 buses were chartered by the main political parties to bring the masses to Beirut and its two squares that opposed incompatible and contradictory demands, in 2019 people demonstrated where they lived and the two squares of Beirut become one. The slogan "kellon yaani kellon" was then finally directed against all the civil war oligarch-za’ims. Against their coordinated use of confessionalism and regional alliances to stay in power. Against their collective failure to avoid a monumental systemic crisis. Against their collective failure to provide the Lebanese people with the most basic public services: electricity, water, transport, waste collection and treatment. But most of all, against their turfs and profits, because in Lebanon, nothing can be done if it does not equally benefit their shared predatory powers.

Between the unfinished spring of 2005 and the revolutionary moment of 2019, the waste crisis of 2015 was instrumental in structuring a real extra-parliamentary opposition force. And the mountains of garbage in Burj Hammoud, Jdeideh, and elsewhere are a far cry from the nothingness that waste claims to be. They are the symbol of the inability of the Lebanese political class to govern the country. In these coastal accretions are buried their crimes, their thefts, their failures, and their wars. Geographical materialization of the infection from which the Lebanese people suffers, they are the counterpart, at the other end of the street, of the institution that produced them, the Grand Serail.

But in these new mountains also lies the beginning of the politicization of the Lebanese civil society and its transformation into a political and democratic opposition. And, to push the men out of the serail towards the great dump of history, we must vote in the next legislative elections in May for an opposition that still has to overcome many challenges, the first of them being to transform its political diversity into an electoral force.