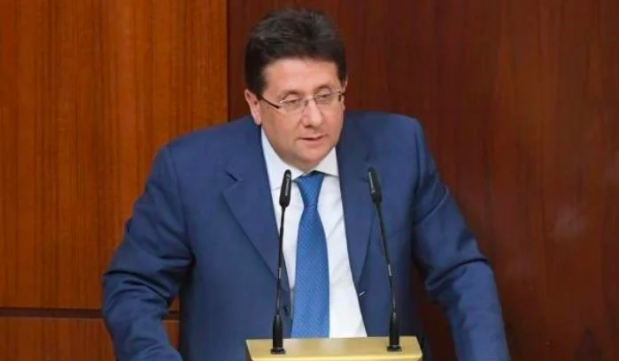 L’Orient Today met today with Kanaan on the back of the Finance and Budget Committee meeting to discuss the latest developments related to the 2022 budget proposal.

“No one can take the budget from the committee for voting before the committee says it is ready. It is one of the constitutional prerogatives, and they know it. If they are serious about moving forward all that is needed is that the finance minister approves, on the spot, the changes we are suggesting,” Kanaan added.

The Finance and Budget Committee has approved all the ministerial budgets in just two weeks. The budget for the Energy Ministry was the last one to be approved in today’s meeting. The committee also finished with the first 17 articles of the budget law, which Kanaan described as “structural” to the budget. The committee will start next week reviewing the remaining 147 articles, and “we are giving the utmost attention to the articles related to tax increases,” Kanaan said.

The chair of the Finance Committee thinks the preparation of the 2022 budget was rushed. He said that the government, in its bid to placate the International Monetary Fund, has transformed the budget exercise into one of pure arithmetic, estimating numbers that are unrealistic, whether on the revenues or the expenditures side, and that lack any vision. He said that if the government insists on calling this budget transitionary, then at least it should reflect the prevailing economic conditions.

“Neither are the revenue numbers achievable, given the drop-in economic activity, nor are the expenditures, with some of the agencies’ budgets not sufficient to assure the maintenance of basic services,” he commented.

“What was the purpose of rushing the budget if the government seems unable to move forward with the IMF talks? What happened to the distribution of losses? Where is the economic recovery plan?” he asked, before answering his own questions. “They are still afraid to tell the people the truth, even the IMF is not buying it”.

Kanaan said the committee has several reservations, and that it already expressed them to the cabinet. It has an issue with the lack of proper funding for the healthcare sector, for chronic diseases and cancer drugs. The committee has an issue with the funding for the army, for food and remuneration, as well as funding for firefighters. ”They should have found a way to finance the ration card, instead of spending billions on stabilizing the currency,” he added, “LL300 billion is enough to get it off the ground.”