A new threat to the emigrant vote: Angry diplomats

Lebanon’s diplomats and directors of the Foreign Affairs Ministry could resort to an open-ended strike starting Monday to demand their right to diplomatic transfers. 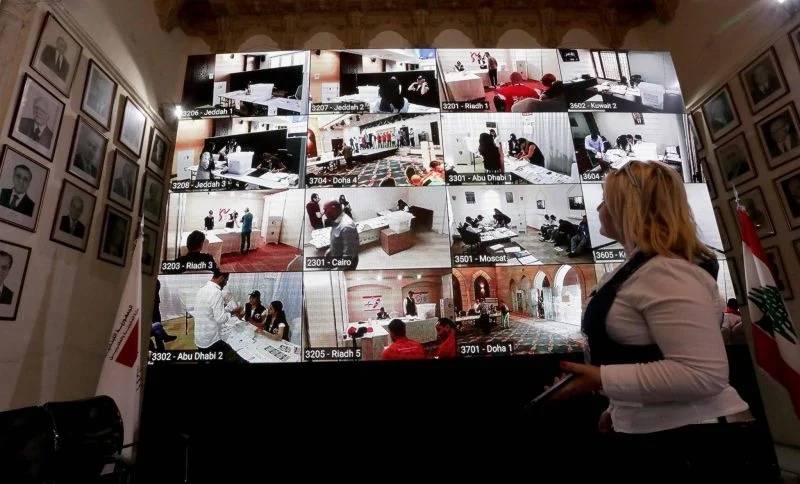 Diplomats and directors within the Foreign Affairs Ministry have taken action. On Thursday and Friday, they observed a two-day strike to claim their right to diplomatic transfers and rotations of roles that have been expected for months but have not come to fruition. They may even resort to an open-ended strike from Monday, one diplomat said on condition of anonymity. Such a move could jeopardize the vote of more than 225,000 expatriates who registered last November to participate in the upcoming parliamentary elections.

For several weeks now, rumors have been circulating about a diplomatic role swap project in the making. According to these speculations, Prime Minister Najib Mikati and the leader of the Free Patriotic Movement, Gebran Bassil, himself a former foreign minister, are actively involved in this package of transfers, which has been denounced in diplomatic circles.

However, contrary to what the diplomats concerned might have hoped, it is unlikely that the Mikati cabinet will adopt a package of diplomatic transfers shortly before the elections. This means that their demands will not be met in the near future.

“We are left with no choice,” laments one ambassador affiliated with the central government on condition of anonymity. “If parliament’s mandate did not expire, we could have waited longer. But after May 20 [the end of the legislature], the [caretaker] government will no longer be able to appoint or swap ambassadors,” he said.

A diplomat based in Europe shares her colleague’s apprehensions. “It is high time that diplomatic transfers and appointments are made, instead of continuing to plunge the country into the maze of confessionalism at a time when it is collapsing,” she says, as if to justify her colleagues’ protest escalation.

“We decided on the two-day strike during a meeting held on Wednesday,” says a diplomat who requested anonymity. “In their overwhelming majority, ambassadors and directors within the Ministry of Foreign Affairs are in favor of the strike,” he adds.

This diplomat also points out that before taking this decision, the ambassadors concerned met with Foreign Minister Abdallah Bou Habib. “We told him that our action is not directed against his person but aims to urge the government to move forward on this issue … If no serious decision is taken in this context, we may opt for an open strike from Monday.”

“Emigrants will not be able to vote”

“Bye-bye elections [for Lebanese abroad]!” This is the cry of alarm that a diplomat based in Europe gives to L'Orient-Le Jour, when commenting on a probable open-ended strike. “In such a configuration, emigrants will not be able to vote, because it will be impossible to ensure the supply required for the proper conduct of the elections, such as the ink required to print the voters’ lists or ballot boxes,” she explains, noting that this material is delivered to embassies through the Foreign Affairs Ministry.

Another diplomat stresses in this context that the Foreign Affairs Ministry is the only link between Lebanon and diplomatic missions accredited abroad. “They do not deal with the Interior Ministry [which organizes the ballot throughout the country],” this diplomat says.

It is therefore a major obstacle that could hamper the vote of the diaspora. This is not the first time that the elections abroad are threatened. The Free Patriotic Movement wanted to limit the diaspora vote to a 16th constituency (six deputies representing the main religious communities and continents) that would be added to the 15 existing constituencies in Lebanon. This request was at the heart of the FPM’s appeal to the Constitutional Council last December to invalidate the electoral law. However, the council refrained from making a decision on the matter, meaning the current electoral law remains in force and emigrants will therefore vote for the deputies in their home constituency.

However, a diplomat contacted by L'Orient-Le Jour is keen to point out that the probable diplomatic escalation is not the only obstacle to the organization of the vote of the Lebanese living abroad. “There is also the fact that the Lebanese state has not yet released the necessary funds. This forces diplomatic missions to make great sacrifices in order to accomplish the electoral task,” he says.

A perfect excuse for postponement

Both the diplomats’ escalation and the authorities’ delay in ensuring the financing of the elections worry the Lebanese Association for Democracy in Elections.

“Several protagonists do not want elections. They are therefore working to delay the elections,” says Ali Slim, executive director of LADE, in a statement to L’Orient-Le Jour.

“Along with the lack of funding, a strike at the foreign affairs level is a very serious problem,” he continues.

“Such a move means that the human framework responsible for ensuring the smooth running of the election day abroad, but also at the local level, will not accomplish this mission,” Slim says, warning of “a similar phenomenon in the ranks of public sector teachers.” These teachers are usually responsible for managing the polling stations during elections.

“All this could be a perfect excuse for the political class to postpone the legislative elections, just as they [the government] have postponed the municipal elections [set for May 2023] without the slightest respect for the laws in force,” Slim concludes.

This article was originally published in French in L’Orient-Le Jour.

Diplomats and directors within the Foreign Affairs Ministry have taken action. On Thursday and Friday, they observed a two-day strike to claim their right to diplomatic transfers and rotations of roles that have been expected for months but have not come to fruition. They may even resort to an open-ended strike from Monday, one diplomat said on condition of anonymity. Such a move could...