Lebanon's cabinet has rejected creating megacenters for the upcoming parliamentary elections. What does this mean for voters? 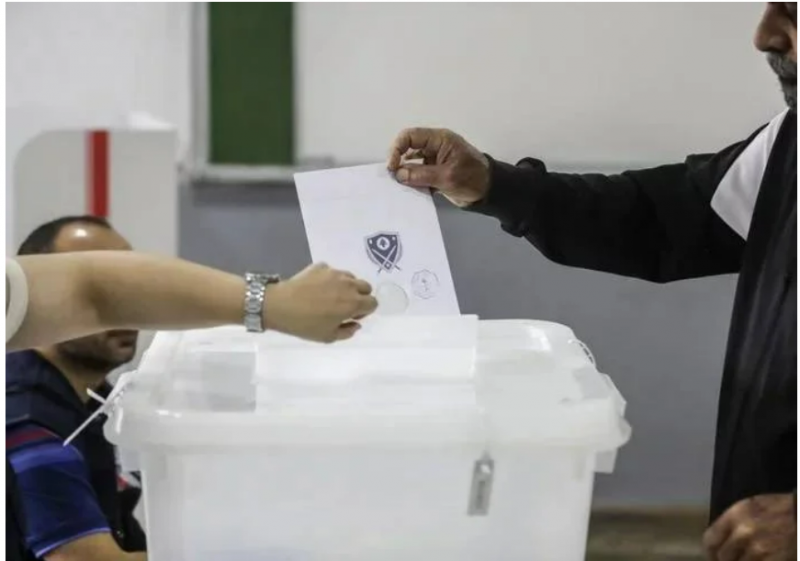 BEIRUT — Cabinet has dropped a proposal to create voting megacenters ahead of the May elections, an Interior Ministry source told L’Orient Today following Thursday’s cabinet meeting.

The cabinet simultaneously demanded that the centers be implemented ahead of the 2026 elections, local media reported.

The proposal had been pushed by President Michel Aoun and Free Patriotic Movement leader Gebran Bassil, sparking strong backlash from political opponents who alleged the move was designed to create logistical pretexts for postponing the election.

Megacenters, known in some places as vote centers, are used as a supplement or replacement for traditional polling places with exclusive geographic catchments. Instead of each voter being assigned a specific polling place to cast their ballot, under a megacenter or vote center model voters are free to choose from multiple locations, depending on preference and convenience, in theory making voting more accessible.

In Lebanon the convenience and accessibility advantages of this model are especially significant because, unlike other countries, Lebanon all-but requires voters to remain registered in the places where their male ancestors, or a husband’s male ancestors for married women, hail from as opposed to where they actually live, forcing millions to perform an expensive and time-consuming election-day pilgrimage from towns and cities across the country to their sometimes distant places of registration. The Ministry of Interior has estimated that two thirds of voters would change their place of voting if they could.

With fuel prices skyrocketing—20 liters of 95-octane gasoline is currently LL441,000 — and purchasing power in the dumps, the fuel for a cross-country road trip is no small obstacle to participation in voting in 2022. Political parties might make it their business to help voters overcome this obstacle by exchanging transportation or gas for votes. On the other hand, many voters might choose to stay at home rather than paying the transportation costs to be able to vote, depressing turnout and undermining the representative function of an election.

The issue was on the government agenda at the behest of Aoun, who asked Interior Minister Bassam Mawlawi to form a committee to study the idea of setting up megacenters.

Speculation has raged about why Aoun and his son-in-law, MP Gebran Bassil (FPM/Batroun), who is the head of the Free Patriotic Movement, chose to elevate the issue shortly before the election, as opposed to earlier. Aoun and Bassil’s political opponents have accused the duo of raising the issue to create a pretext to postpone elections, something that Aoun and Bassil deny.

In a tweet on Tuesday Bassil argued that setting up megacenters in the weeks remaining before the election would be “easy,” although a report from Mawlawi sharply disagreed for legal and logistical reasons.

Article 84 of the 2017 election law stipulates that the cabinet should, with a two-thirds majority, take measures to adopt electro-magnetic voting cards, which it has not yet done. This was seen as significant because some legislators viewed these cards as a necessary prerequisite to creating megacenters.

The Lebanese Association for Democratic Elections (LADE), an election monitoring group which has long supported megacenters, has disputed this connection. They argue that megacenters do not require adopting electromagnetic voting cards and can be implemented using a cheaper and simpler online preregistration process, similar to the one already in place for diaspora voters.

Voters could go online and select the megacenter they wish to use and then register to vote there. On election day, their name would be present at the megacenter instead of in their traditional polling place in their home district, similarly to how the process works for diaspora voters whose names are added to the lists of the various overseas embassies.

Aly Sleem, executive director of LADE, said the group rejects linking megacenters to electromagnetic cards because the latter are costly, reliant on internet infrastructure that may not be up to the task, and can be used as a tool by candidates to exert pressure on voters.

In countries like the United States, Finland and Switzerland, some election authorities use systems similar to the megacenters, allowing voters to choose where to cast their ballot for at least a portion of elections. In some states of the United States, for instance, electromagnetic cards are not needed, and voters don’t need to sign up in advance to use them. Instead, vote centers are equipped with electronic poll books that can be networked with each other to prevent double voting, which is the main security concern for the model. Sleem said that the multimillion dollar cost of a networked system is presently too high for Lebanon, whereas the preregistration model is much cheaper and faster to implement.

Despite repeated calls from LADE and others to take action to implement these measures, the electromagnetic cards and the megacenters remained a dead letter for four years until October 2021, when Parliament passed a series of amendments to the electoral law, including an amendment suspending the introduction of the electromagnetic card on a one-time basis.

The FPM argued against suspension of implementing the cards in a complaint filed at the Constitutional Council last November, with the party arguing that the amendment could undermine the integrity of the election, despite the fact that the cards and megacenters had never been implemented in a Lebanese election before. In any case, the Constitutional Council failed to reach a majority decision, allowing Parliament’s amendments to stand.

A report drafted at the end of February by the Interior Ministry essentially argued that implementing megacenters in time for the May elections would be presently impossible for legal, financial, and logistical reasons.

Legally, the report said, megacenters cannot be created without being defined in law, requiring an amendment to the electoral law. Article 85 of the electoral law, requiring polling places to be located in the district that is being voted for, would also need to be amended. It added that legal language governing the composition of registration committees would need to be updated to take into account the unique structure of the megacenter’s electorate, and a new law governing electromagnetic cards would also be needed.

Logistically, the ministry said it would need five months from the date of the new laws to implement the megacenters.

Apart from the legal hurdles, the ministry said it does not have the funds to issue electromagnetic cards. Even if it opened nine megacenters across the country — which is the number it estimated would be needed to accommodate the voters wishing to use them — without such cards, using a pre-registration process similar to that used for diaspora voters, the ministry said it would still need $500,000 per megacenter for operations and technology; while human resources would cost an additional LL22 billion ($1.1 million) to hire 6,000 additional employees, not including military and security personnel, to staff them.

BEIRUT — Cabinet has dropped a proposal to create voting megacenters ahead of the May elections, an Interior Ministry source told L’Orient Today following Thursday’s cabinet meeting. The cabinet simultaneously demanded that the centers be implemented ahead of the 2026 elections, local media reported. The proposal had been pushed by President Michel Aoun and Free Patriotic Movement leader...