Political life without Hariri: What will it mean for Hezbollah?

Between Hezbollah and its rivals, there is now a huge void that each side is trying to fill. 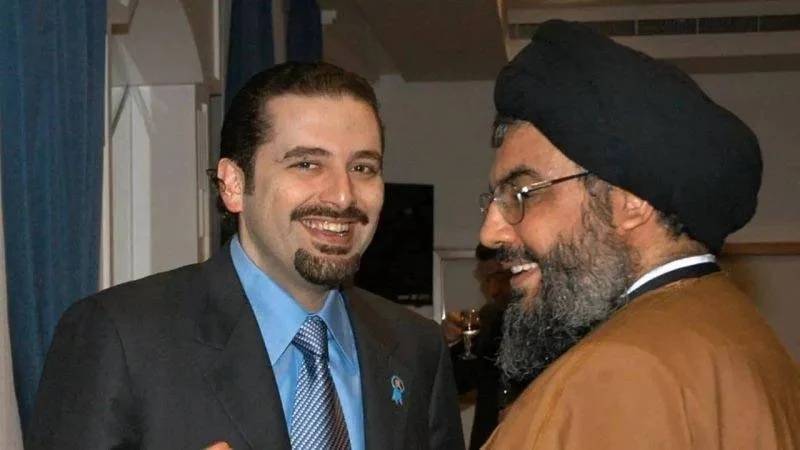 On one hand, there is Hezbollah, its arms, its partisans, its local and transnational projects. On the other, there are all those who oppose the Iran-linked party in Lebanon and abroad and are increasingly numerous.

Between the two, there had been, in recent years, a soft underbelly, a hybrid player that was no longer a friend or a foe but occupied enough space to ease the confrontation between the two sides. This player was Saad Hariri’s Future Movement.

The Sunni leader has never been Hezbollah’s ally. The entire first part of his political life was even marked by confrontation with the Shiite party and its allies, starting with the July 2006 war and continuing with the events of May 7, 2008, when Hezbollah took over several parts of the capital, and the fight for the establishment of the Special International Tribunal in the wake of the assassination of his father Rafik Hariri. Indeed, in January 2011, Hariri’s government fell following the resignation of the March 8 camp ministers.

As of 2014, however, and even more so after the presidential compromise in 2016, Hariri opted for a modus vivendi with Hezbollah, becoming an accommodating and even particularly useful partner to the party on two levels.

With this approach, the Future Movement provided a Sunni cover for Hezbollah, and numbed any plans for confrontation with it.

Without the backing of Hariri, the leader of the Sunnis and the head of one of the largest parliamentary blocs, it is impossible to wage a battle against the Shiite party.

But the equation has not been the same since Jan. 24, when Hariri announced that he was bowing out of politics. Between Hezbollah and its rivals, there’s now nothing but a huge void that each of them will try to fill.

For Hezbollah, this is a major challenge, especially since it considers that the Gulf countries, mainly Saudi Arabia, are behind this decision, which heralds the start of a new phase of confrontation.

“They [the Gulf countries] want to revive the great Sunni-Shiite division that arose after the assassination of Rafik Hariri,” a senior party official told L’Orient-Le Jour on condition of anonymity.

Contrary to the atmosphere that prevailed during the 2018 legislative elections, the “Hezbollah question” is likely to be one of the most divisive issues in parliamentary elections slated for May 15.

For Hezbollah, the risk lies in the possibility that the new Parliament will mainly be made up of two blocs, one that would support it but could likely grow smaller, and another that would be hostile to it, with the Lebanese Forces mainly backed by Saudi Arabia.

The political scene would be marked by an ongoing showdown between these two forces, which could hinder Hezbollah’s ability to maneuver and control the pillars of power, notably the premiership, through its alliances.

Hezbollah had made Hariri its suitable candidate at the head of the government in recent years. For Hezbollah, Hariri represented the Sunnis without opposing the Shiite party’s strategic choices.

How would the party of God react if the next Sunni leader was not as lenient and took a much more radical stance toward it?

The Sunni street today seems to be extremely opposed to the Shiite party. But in the absence of the Future Movement, will it mobilize? And behind which leader?

Since these questions remain unanswered for the time being, Hezbollah circles believe that Hariri’s withdrawal from political life could serve as an opportunity to make electoral breakthroughs in Sunni areas.

In the aftermath of a petrol tanker explosion in Akkar, known as a Sunni stronghold, in August 2021, Hezbollah was quick to bring aid to the affected people in this particularly deprived area. By the same logic, Hezbollah was keen on distributing its “Iranian fuel” in several Sunni areas.

However, unless there is a strong abstention on part of the Sunni community in the upcoming elections that would allow the Shiite voices to weigh in heavily in certain mixed constituencies like Beirut II, Hezbollah’s chances of breakthrough appear to be limited.

This is especially true since the “March 8 Sunnis,” in reference to Sunni MPs close to Hezbollah, are likely to distance themselves from the party this time around.

The alliance between the two was governed by their common hostility to the Hariri family. But now that Hariri is out of the picture, they might have a new card to play, but having Hezbollah on their side could be an impediment.

The final scenario would unfold in the event elections are postponed or canceled. This would allow the party of God to preserve the status-quo at Parliament. But this would mean, at the same time, that the battle would essentially be played out outside Parliament.

On one hand, there is Hezbollah, its arms, its partisans, its local and transnational projects. On the other, there are all those who oppose the Iran-linked party in Lebanon and abroad and are increasingly numerous.Between the two, there had been, in recent years, a soft underbelly, a hybrid player that was no longer a friend or a foe but occupied enough space to ease the confrontation between...