The head of government defines his team’s four priorities and emphasizes that "it is for the prime minister to define the agenda of the cabinet," in a clear criticism of the Shiite duo. 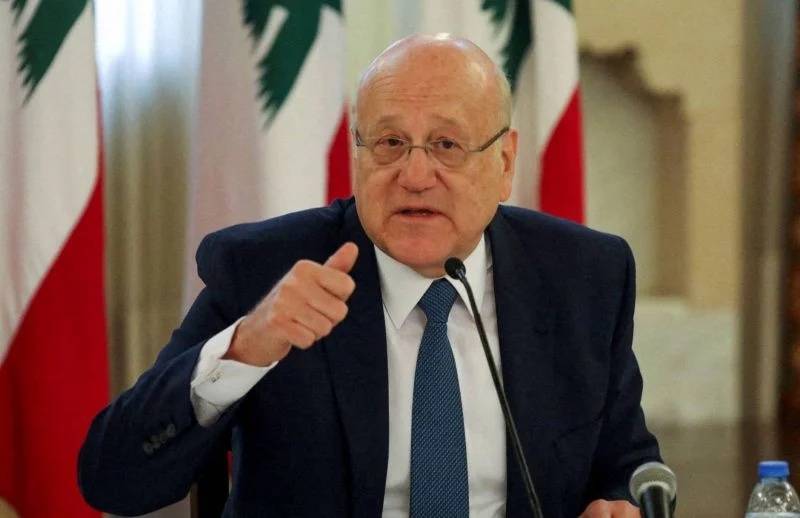 Najib Mikati does not hide his satisfaction at being able to convene the cabinet soon, after three months of paralysis due to the boycott by the Hezbollah and Amal parties. In an interview given to L'Orient-Le Jour, the Lebanese prime minister defined his four priorities: discussions with the International Monetary Fund, parliamentary elections, the delivery of Egyptian gas and Jordanian electricity to Lebanon, and negotiations on the demarcation of the maritime border with Israel.

The man who said repeatedly in recent months that “the cabinet is frozen but the government is working” says he has never considered resigning. He is counting on his ability to smooth things over and on the support he has from the international community to tackle these four issues head-on.

Negotiations with the IMF

“There is a great international willingness to provide aid to Lebanon, provided that the negotiations with the IMF are successful,” Mikati says.

Negotiations with the financial institution resumed last October. Lebanon hopes to obtain structural aid in return for the implementation of reforms demanded by the international community. Discussions between the Lebanese team and an IMF delegation are expected to begin in a few days by video conference.

“The negotiations are serious and will take place at the same time as the approval of the budget, the main draft of which is completed, while work continues to verify the figures,” he said.

The prime minister considers the fluctuation of the lira to be the main obstacle to finalizing the budget, a subject he is following “personally” with Finance Minister Youssef Khalil and Banque du Liban Governor Riad Salameh.

“This is why we have to intervene in the market, to reduce the exchange rate and complete the budget on this basis so that we can establish accurate budget figures,” he added.

The prime minister is referring to the fact that BDL recently allowed banks to buy more dollars from it at the Sayrafa platform rate, which is higher than the official exchange rate of LL1,507.5 to the dollar and the rate of LL8,000 in effect for bank withdrawals in lira under Circular 151, but lower than that of the open market. This measure has resulted in a lower rate in the parallel market and a narrower gap with Sayrafa.

Mikati said he was confident that the IMF negotiations would continue. Is Hezbollah on the same wavelength?

“Contrary to what everyone thinks, Hezbollah wants an agreement, and this is a positive point that will give us some relief,” said the prime minister.

The case of Riad Salameh

The governor of the central bank is the subject of a series of judicial investigations, both in Lebanon and abroad, over suspicions of fraud, money laundering and illicit enrichment, among other allegations. He has repeatedly denied these accusations. At the same time, he is at the heart of the political tug-of-war, with the presidential camp wishing to remove him from office in order to improve his record. Is there any question of his dismissal? Mikati answers in the negative.

“He is the one who has all the numbers we need in all the negotiations,” he explains, before adding, “It is true that the president of the republic approached me once about this, but I said to him, ‘Do we agree on the appointment of a new governor?’ The president said no. I then pointed out to him that Mr. Salameh will be replaced by the vice governor [Wassim Mansouri], a Shiite, who will be rejected by the international community and that this is not the right time for such a decision. Then I told the president that we should take advantage of the governor to achieve our goals and complete the negotiations with the IMF. For the rest, we will see afterwards.”

The return of the Shiite duo to the government

The Hezbollah-Amal tandem is back at the government table after three months of stalemate over the investigation into the Agu. 4, 2020 explosion at the port of Beirut led by Judge Tarek Bitar, whom the two Shiite formations accuse of being politicized and biased. Commenting on this return, the Prime Minister dismissed out of hand any possibility of a broader political agreement behind this reversal. It is true that today Judge Bitar, who prosecuted several officials close to the duo in this case, has his hands tied, but he has not been sidelined from the political aspect of the investigation as Hezbollah and Amal had demanded.

From the prime minister’s point of view, we need look no further than the explanation given by the Shiite duo itself, which had specified that its decision was motivated by the desire to approve the 2022 budget and discuss ways to revive the economy.

“The situation of the country has become unbearable,” affirmed Mikati, who announced Tuesday from Baabda a meeting of the cabinet would be held next week “devoted to the study of the draft budget and urgent economic issues.” While he praised the “political audacity” behind the decision of the Shiite tandem to come back to the table, Mikati at the same time reported that there had been recent Western pressure, particularly from France, to achieve this unblocking.

“No one will be able to put pressure on the government to interfere in the work of justice,” said the prime minister, reiterating the position he has taken since the outbreak of this crisis.

Implicitly responding to the Shiite duo who said he will only participate in government meetings devoted to economic issues, Mikati said bluntly: “It is the prime minister who defines the agenda of the cabinet. And all the issues that are in the national interest will be discussed.”

He continued, “As I was keen to respect the national pact by not convening a meeting in which the Shiite component would not participate, the Shiite duo should respect the prerogatives of the head of government.”

According to him, the mission of his cabinet is clear and known: to conduct negotiations with the IMF and organize the parliamentary elections to avoid political conflicts that “will continue, even after the 2022 elections.”

Assuming that all the protagonists adhere to these principles regarding the work of his cabinet, he therefore rules out the possibility that new political conflicts, especially over permutations and administrative appointments, will arise and cause it to implode again.

Mikati is aware that many Lebanese, and especially the international community, have their eyes riveted on the parliamentary elections scheduled for May 15. He is also aware that it is the responsibility of his government, formed last September after 13 months of protracted political negotiations, to ensure that this deadline is met.

“The Lebanese, especially the youth, hope that the legislative elections will bring about the change they are looking for, and I promise them that they will have a say in this process,” says the prime minister.

But when it comes to his own ambitions in this election and as a Sunni leader, the prime minister is less sure.

“I am still considering my options, I have not yet made a final decision to run,” he said.

Indeed, a climate of uncertainty hangs over the Sunni scene because of the vagueness maintained by the leader of the Future Movement, Saad Hariri, currently residing in the United Arab Emirates, on his participation in the electoral contest.

"I am communicating with him, as with the other former prime ministers (Fouad Siniora and Tammam Salam). We are waiting for his return to make the appropriate decision," he said.

Gas and the maritime border

Referring to the energy projects being prepared to import electricity from Jordan and Egyptian gas via Syria, Mikati said that “everything is finalized.”

When he recently visited Egypt, where he was received by President Abdel Fattah al-Sisi and Prime Minister Mustapha Madbouli, discussions focused on this project, and officials agreed that a preliminary agreement between Lebanon, Egypt, Jordan and Syria would be signed soon.

“The written exemption from the sanctions imposed under the Caesar law will be obtained from the US Treasury after the signing of the agreement, which will take place soon,” the head of government said.

US Ambassador to Lebanon Dorothy Shea had reassured the Lebanese authorities last week that these energy projects would not expose Lebanon to US sanctions. The Caesar Act, which came into force in 2020, serves as a framework for Washington to impose sanctions on any person or entity collaborating with the Syrian regime of Bashar al-Assad.

Finally, returning to the issue of the delineation of the maritime border between Lebanon and Israel, the prime minister stressed that Beirut is waiting for the visit of the American negotiator in the talks between the two countries, Amos Hochstein, who postponed his planned visit to early February, ostensibly due to health measures related to COVID-19.

In early October, Israeli officials said they were ready to come back to the table to resolve the dispute with Lebanon over the delimitation of their territorial waters in the Mediterranean, while stressing that they would not accept Beirut “dictating” the terms of the talks.

Najib Mikati does not hide his satisfaction at being able to convene the cabinet soon, after three months of paralysis due to the boycott by the Hezbollah and Amal parties. In an interview given to L'Orient-Le Jour, the Lebanese prime minister defined his four priorities: discussions with the International Monetary Fund, parliamentary elections, the delivery of Egyptian gas and Jordanian...