While the country’s political landscape remains littered with ambiguity, some clearer dynamics seem to be emerging. 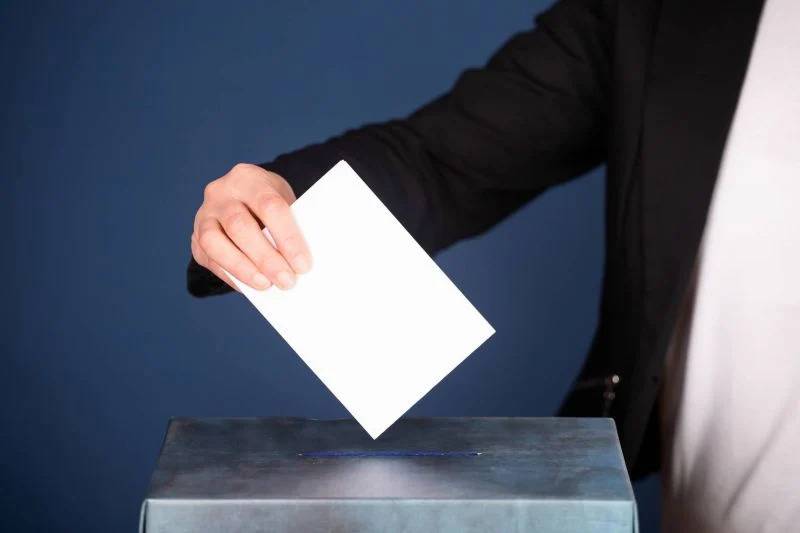 The party alliances that will form for the upcoming parliamentary elections remain unclear. (Credit: Bigstock)

Which parties will join forces for the next legislative elections? That is the million-dollar question experts ask themselves in a bid to grasp the dynamic that is beginning to take shape in the run-up to next year’s polls.

In 2018, political parties forged agreements, which were unexpected at times, in order to meet the electoral threshold percentage. Hence, the Lebanese Forces was seen in an alliance with its competitor, the Kataeb party, as well as with the Future Movement, although the party was at loggerheads with the latter at the time. And the movement led by former Prime Minister Saad Hariri-led allied with the Free Patriotic Movement.

Obviously, the nature of the alliances in the last elections was mainly driven by the electoral law and its technicalities. The electoral threshold percentage, provided for in the 2018 electoral law, is calculated by dividing the total number of votes cast in a particular electoral district by the number of parliamentary seats that district holds.

In order to obtain the largest threshold percentage possible, the FPM demonstrated high flexibility in its alliances, joining forces with the Syrian Social Nationalist Party in the Metn, with Hezbollah in Beirut II, with the Future Movement in the Christian part of North Lebanon, in Beirut I and in the Bekaa Valley, as well as with some independents, including Neemat Frem in Kesrouan and Michel Moawad in North Lebanon.

In short, a whole network of alliances was cooked up with the purpose of making the most out of an electoral law that was drafted to the advantages of the traditional parties.

‘Everyone for himself, and God for us all’

But over the past four years, the political context has changed significantly. The breaking of some alliances, the renewal of polarization and the emergence of new players could reshuffle the cards.

“Right now, everyone is for himself and God is for us all,” said electoral expert Said Sanadiki, stating in a nutshell the situation prevailing over a local political scene in which parties are juggling between the need to preserve gains and the necessity to adjust to new changes.

The Oct. 17 uprising, the economic and financial collapse, the Aug. 4, 2020 port tragedy and more recently the clashes in Tayyouneh on Oct. 14 have been game changers. Some alliances have disappeared altogether, such as the one that brought together the FPM and the Future Movement in several parts of the country.

Moreover, a type of polarization regarding Hezbollah has been revived, without necessarily pointing to a potential replay of the 2009 elections, which were the most polarized in Lebanon’s recent history.

A few months ahead of the elections, many uncertainties persist, starting with the date for holding the vote. The legislative elections are presently due to be held on March 27, but President Michel Aoun has warned that he will not sign the decree calling on the electoral bodies to convene unless the date is changed so that the ballot is held in May.

Another major uncertainty is whether the head of the Future Movement Saad Hariri, whose party is key in several alliances, will take part in the polls. “A possible withdrawal of the Future Movement would allow doubt to linger on the pattern of alliances and power relations, especially in the North Lebanon’s electoral districts, Tripoli and Akkar, for instance, where the stakes remain very vague to this day,” an analyst closely following the electoral file says.

Druze leader Walid Jumblatt recently told L’Orient-Le Jour that he would like to be in an alliance with the Future Movement. In some districts, such as Mount Lebanon IV (Chouf and Aley) and Baabda, the alliance between the Progressive Socialist Party and the Future Movement usually involves the LF, as in 2018. But if Hariri sits out the elections, it could change the game, particularly since it is unknown what the Future Movement would look like in this case.

Doomed to reach an agreement

Will the LF, which has tried to reach out to civil society parties, but has not succeeded so far, resort to the old alliances?

“The LF will have a major problem: it is that of doing the split between its traditional alliances, which they cannot lose because they are vital to them, and their rapprochement with the opposition. This schizophrenia will not be convincing for the young people,” a former party official says.

The alliance between the FPM and Hezbollah should also be preserved, despite the differences between the two parties. Since the port blast, the two partners are no longer on the same page. While the FPM can only support Tarek Bitar, the Beirut port explosion probe’s lead investigator, for fear of raising the ire of Christian public opinion, Hezbollah is working assiduously to remove him from the case, which puts the two partners in a difficult situation when it comes to any possible electoral alliance.

But “Hezbollah and the FPM cannot do without each other. They are doomed to get along,” electoral expert Assem Chaya says.

This time, an implicit agreement could be worked up under the table in some sensitive electoral districts, in order not to embarrass the Christian Aounist popular base, which is very angry at the Shiite party.

However, Hezbollah will face a problem in particular districts where it will have to choose between its longstanding ally, Amal, and its Aounist partner who, considering their relations, will refuse to join hands.

This could be the case in particular in Saida-Jezzine or in South Lebanon III (Marjayoun, Hasbaya, Bint Jbeil, Nabatieh), and perhaps even in Beirut II. From there, it is easy to imagine a scenario where Amal would set up an alliance with the Future Movement and the PSP against the Hezbollah-FPM duo.

The Shiite duo will avoid any form of division within its community: “Hezbollah will not nominate a Shiite candidate against that of Amal,” a party official told L’Orient-Le Jour a few weeks ago.

The last but not least uncertainty: will the thawra forces run in the elections on separate lists? While they all agree to exclude any form of alliance with the traditional parties, they have yet to reach an agreement. The main reason: the inclusion of the Kataeb and some former members of Parliament. Thus, in several districts, several opposition lists could end up pitting opposition groups against each other.

Which parties will join forces for the next legislative elections? That is the million-dollar question experts ask themselves in a bid to grasp the dynamic that is beginning to take shape in the run-up to next year’s polls.In 2018, political parties forged agreements, which were unexpected at times, in order to meet the electoral threshold percentage. Hence, the Lebanese Forces was seen in an...