Berri is preparing to pull a rabbit out of his hat

Ostensibly, Hezbollah is not willing to make things easier for its Shiite ally. 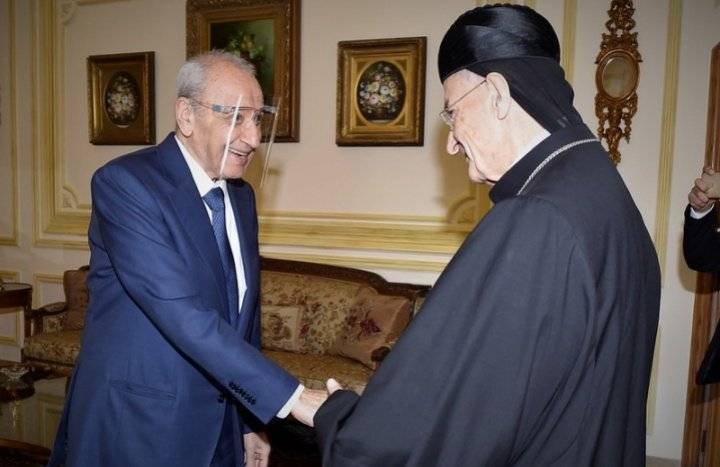 More than a month after the cabinet, led by Najib Mikati, was induced into a coma, Parliament Speaker Nabih Berri will reportedly announce in the coming days an initiative designed to resume cabinet meetings.

Yet, his effort could encounter risks associated with Hezbollah’s intransigence. The party insists on its position through thick and thin: cabinet meetings will only resume when Tarek Bitar, the judge leading the probe into Lebanon's port explosion tragedy, is ousted.

Mikati has not convened a cabinet meeting since Oct. 12. On that day, Culture Minister Mohammad Mortada (affiliated with Berri’s Amal Movement) insisted on the need for the cabinet to take a firm position on Bitar, raising the specter of the resignation of Shiite ministers, who for now are boycotting cabinet meetings until further notice.

On Oct. 14, the situation took a more violent turn as clashes broke out in the Tayyouneh neighborhood between the Shiite militiamen of Hezbollah and Amal and Christian elements, allegedly close to the Lebanese Forces, which left seven people dead and more than 30 wounded.

The initiative is not dead

In a bid to defuse the crisis, Berri received Maronite Patriarch Bechara al-Rai at Ain al-Tineh on Oct. 26. The prelate then announced “a political solution” to the government crisis, which has gone unheeded up to now. This solution is designed to ensure that politicians pursued in the port probe are brought for trial before the Supreme Council — a judicial body tasked with trying presidents and ministers. This is a move sought by Amal and Hezbollah.

“This initiative is not dead, despite all the opposition and outcry it was met with,” a source close to Berri told L'Orient-Le Jour. The source added that the contacts that Berri is making go in the same direction, hoping that cabinet meetings will be revived soon, particularly since Mikati is kept informed about the efforts currently underway, the source added.

However, a source close to Mikati told L'Orient-Le Jour that the Tripolitan billionaire “is not in the loop about a political initiative” related to the Bitar issue. The same source added that the prime minister has not changed his stance on this topic one iota: the government will not interfere in the judiciary’s action. “Najib Mikati has always expressed this point of view, and reiterates the call that all problems be resolved in the cabinet,” the aforementioned source said.

Hence, all eyes are focused on Hezbollah, which is leading the campaign to remove Bitar, whom the party accuses of “politicizing” the probe into the Aug. 4, 2020, port blast. Yet, is the Shiite party ready to meet Berri, its long-standing ally, halfway?

“There is no likelihood of [Hezbollah ministers] returning to cabinet [meetings] before Judge Bitar is dismissed from the port investigation,” a member of Hezbollah, who spoke on condition of anonymity, said plainly. He stressed that Hezbollah does not know about the initiative that the Parliament speaker is planning to launch.

This position does not make it easy for Mikati who is keen to revitalize his team and fulfill its primary mission: namely to implement reforms sought by international donors and manage legislative elections. Nevertheless, Hezbollah believes that the cabinet is not paralyzed. “All ministries within the government are normally carrying out their day-to-day affairs. But the Council of Ministers is not holding sessions,” the Hezbollah member said.

When it comes to Bkerki, there is no reason to believe that Rai is willing to endorse or support steps that would likely hamper Bitar’s probe, particularly since the families of the victims of the Aug. 4, 2020, tragedy met with anger the initiative that was carefully elaborated in October.

In his homily on Sunday, the head of the Maronite Church implicitly criticized Hezbollah, blaming it for the political crisis, and for the diplomatic row with Saudi Arabia and several Gulf monarchies which was triggered by Information Minister George Kurdahi’s remarks on the war in Yemen.

“No party has the right to impose its opinion on other Lebanese, to undermine relations with the Gulf, or even to paralyze the government and the judiciary,” the Maronite prelate said. “Putting the Lebanese at risk of being expelled [from the Gulf countries] and of splitting into unemployment, poverty and isolation of Arabs is tantamount to an attack on dignity and sovereignty,” he added, as he criticized Hezbollah and its camp who believe that Kurdahi’s resignation, at the Gulf countries’ request, would harm Lebanon’s sovereignty and dignity.

The new criticism leveled by the patriarch, who advocated Lebanon’s neutrality once again, came a day after Saudi Arabia's foreign minister, Prince Faisal bin Farhan Al Saud, spoke to France 24 on Saturday. “It is not about this minister and his statements,” the minister reiterated. “There is no crisis with Lebanon. There is a crisis in Lebanon,” the Saudi prince underscored. He insisted that “this crisis was specifically sparked by Hezbollah who through the use of military force has imposed its will on the Lebanese government and Lebanese people,” calling on Lebanese officials to “liberate the country from the domination of Hezbollah.”

In the meantime, Najib Mikati has gained the US Secretary of State Antony Blinken’s support. “I think the prime minister has a good plan for moving Lebanon forward, trying to move the economy forward, in the first instance pursuing work with the international financial institutions [...],” Blinken said during a press conference held in Washington with his Qatari counterpart, Mohammad ben Abdel Rahman al-Thani, on Friday.

In this vein, he encouraged “friends and supporters of Lebanon to demonstrate that support […] and to give it an opportunity to move forward on the program” put in place by Mikati to address the economic challenges and to bring about stability.

Additional diplomatic activity is anticipated this week, with Turkey’s Foreign Minister Mevlüt Çavuşoğlu visiting, in addition to a potential visit by Mikati to Egypt.

More than a month after the cabinet, led by Najib Mikati, was induced into a coma, Parliament Speaker Nabih Berri will reportedly announce in the coming days an initiative designed to resume cabinet meetings.Yet, his effort could encounter risks associated with Hezbollah’s intransigence. The party insists on its position through thick and thin: cabinet meetings will only resume when Tarek...