Amid the rigid positions that the Amal Movement and Free Patriotic Movement have voiced, there is no hope at present that the cabinet will resume meetings anytime soon. 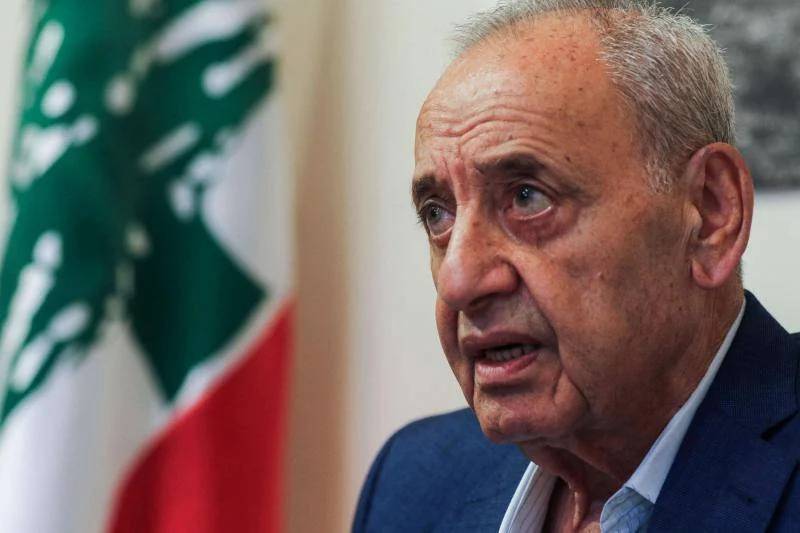 The political war of words that the Amal Movement and the Free Patriotic Movement engaged in on Saturday after Amal accused the FPM of torpedoing the legislative elections, added tension to an atmosphere that is already charged since Hezbollah and Amal threatened on Oct. 12 to boycott cabinet meetings.

Since then, the Shiite duo has seemed determined not to concede when it comes to the demand to dismiss lead Beirut port blast investigator Tarek Bitar from the case that points the finger at some political leaders, including senior Amal officials. The searing political exchanges between Amal and the FPM over the weekend leave little hope that the institutions will resume work as normal anytime soon.

In a vitriolic press release on Saturday, Parliament Speaker Nabih Berri’s Amal Movement accused the Aounists of seeking to beget tension between Hezbollah and Amal and to “torpedo” the legislative elections of March 2022 because they fear an unfavorable outcome.

These accusations refer to the fact that President Michel Aoun sent back to Parliament on Friday the electoral law adopted in the most recent parliamentary session, which included significant amendments to the law, setting March 27 as the date for the parliamentary elections initially scheduled for May 8, and allowing expats to vote for all 128 MPs, based on voters’ civil registration, instead of being allotted only six separate seats in an electoral district that would be added to the country’s 15 existing electoral districts as stipulated by the 2017 law.

The president’s decision would mark the kick-off of a showdown that could have a knock-on effect on the preparations for the legislative elections, the electoral campaign and possibly on the holding of the polls.

“The FPM no longer feels any shame for the disasters that the presidential term has dragged the country to, until it arrived to hell, as President Michel Aoun said in his famous remarks,” the Amal Movement said, in reference to a statement by the head of state in September 2020.

A month after Beirut’s port blast and the resignation of Hassan Diab’s cabinet, Aoun had asserted that Lebanon was going “to hell” if a new government was not formed soon. Pointing to the FPM’s “political and popular bankruptcy,” the Amal Movement accused the Aounist party of seeking to “design imaginary scenarios in order to conceal the reality of the facts” and the “political and social crimes” it has committed.

Berri’s movement also accused the FPM of wanting to “create division in the real alliance between Hezbollah and Amal” and claimed it was “politicizing the judiciary via secret chambers led by Salim Jreissati, who oversees the work of Judge Tarek Bitar” who is leading the probe into the Aug. 4, 2020 blast.

Jreissati, the presidential advisor and former justice minister, was quick to reply to Amal’s accusations.

“Accusing the judge in charge of the probe into the Beirut port blast of acting on the directives of a ‘dark room’ that I run and oversee is a shameful and criminal act that exhibits frivolity and injustice,” he said yesterday in a statement.

“If the Amal movement bases its national and regional positions on these types of false accusations and lame mantras, then I congratulate it and congratulate its spokespersons for the impressive failure of their positions,” he added.

“The Aounists opened fire on us in an absolutely unjustified manner, going as far as to accuse us of orchestrating the Tayyouneh coup in collusion with the Lebanese Forces. These are extremely serious accusations that could cause us significant harm when it comes to our popular base,” a member of Parliament of Berri’s bloc told L’Orient-Le Jour.

Notably, at the end of its weekly meeting, the FPM’s political bureau brought up the Oct. 14 clashes in Tayyouneh, and denounced a “collusion,” between the LF and the Amal Movement in Parliament. Faced with this situation and the “collusion of the Tayyouneh duo,” the FPM reiterated its commitment to the Mar Mikhael agreement it reached with Hezbollah in 2006. “This agreement is the guarantee ensuring no return to the demarcation lines that once divided the Lebanese communities during the Civil War,” the party said in a statement.

This escalated tension between Amal and the FPM through their statements came more than a week after the Tayyouneh clashes between armed Shiite supporters of Amal and Hezbollah, and shooters located in the Christian quarters bordering the Tayyouneh roundabout, who may have been LF members.

Could Amal’s very searing tone toward the FPM be somehow an implicit message that Hezbollah sent through its Shiite ally? This is what some press analyses suggested on Saturday. It comes as no surprise that circles close to Hezbollah categorically refuted this interpretation. In the face of the many challenges confronting it, Hezbollah is in need of all its allies more than ever, especially the Christians ones, including the FPM and the Marada Movement, argues a source close to these circles. The proof is the decision by the Shiite party to ally with the Aounist camp in preparation for the next legislative elections.

In this tense atmosphere, the efforts made behind the scenes to bolster government action have so far proved unsuccessful. According to a source close to Prime Minister Najib Mikati, the latter has told visitors that he would not take the risk of convening the cabinet in this tense atmosphere for fear that the government would implode. The prime minister is, however, in constant contact with the protagonists in order to calm the situation and encourage them to come to their senses.

“If he’s taking his time, it is simply to let the tension gradually ease. At the end of the day, it is in no one’s interest to keep the impasse ongoing,” the same source said.

For its part, the Shiite tandem insists that as long as Bitar’s case has not been resolved (by dismissing him from the investigation), it will be difficult for the institutional work to resume as if nothing has happened.

Speaking to L’Orient-Le Jour, a member of the Amal parliamentary bloc who declined to be named, however, said that the escalation between the FPM and Amal is not related to the suspension of cabinet meetings. In this regard, the parliamentarian recalls that the two sides have never been on good terms and that this new war of words is just another manifestation of their relations, even though the fallout is far more serious for Amal.

The political war of words that the Amal Movement and the Free Patriotic Movement engaged in on Saturday after Amal accused the FPM of torpedoing the legislative elections, added tension to an atmosphere that is already charged since Hezbollah and Amal threatened on Oct. 12 to boycott cabinet meetings.Since then, the Shiite duo has seemed determined not to concede when it comes to the demand to...