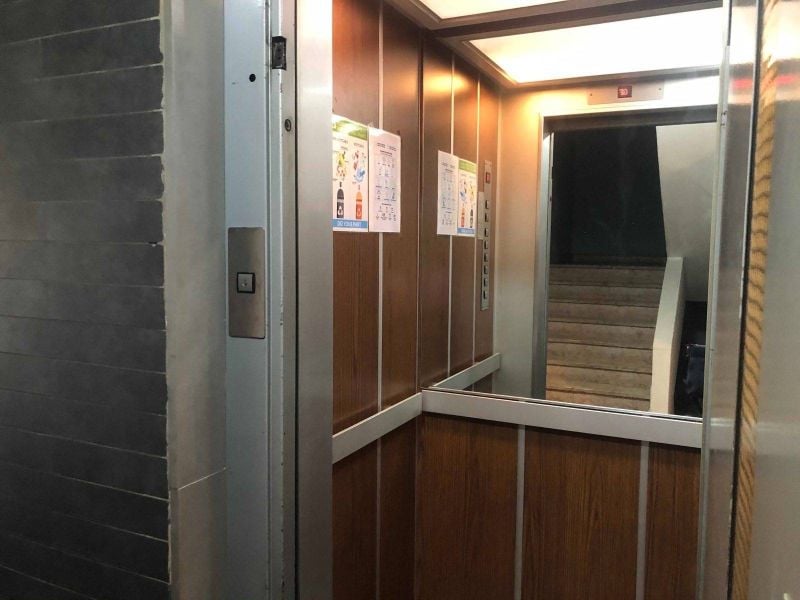 BEIRUT — Living on higher floors has been the preferred option for many people residing in Lebanon, in large part because these floors often translate to a mountain or sea view. Real estate agents who spoke with L’Orient Today say that they sell higher floors for higher prices as they are more in demand.

Lynn Shehab, however, is not happy about her family’s Ras Beirut penthouse, which overlooks the Mediterranean Sea. “I live on the 10th floor with my parents, and we are currently hating it,” she said. “The elevator has become inaccessible due to electricity shortages. ... Imagine sometimes I have to go up and down 10 flights of stairs when there is no state electricity running or if the generator is off.”

According to Shehab, state electricity comes for only two hours a day in her residence, and the building’s generator needs to rest at least four hours during the day and from 1 a.m. until 7 a.m.

Lynn, a nurse, works night shifts at a local hospital and sometimes gets back home before 7. In such instances her tired mind runs through a list of options: “Should I take the stairs? Wake up the janitor to turn the generator on for three minutes? Or sleep in the car until the generator works?” Shehab said she has “experimented with all options.”

Amid Lebanon’s acute fuel and electricity crisis, buildings throughout the capital city receive only up to a handful of hours of public electricity a day. Many private electricity generators — when they are on — don’t have the juice to keep the elevators running.

When public electricity, which no longer adheres to any schedule, cuts suddenly and without warning, some unlucky residents have found themselves in elevators for minutes and even hours.

Fortunately for Shehab, she has gotten stuck only once in the elevator. “I called Mahmoud [the building’s caretaker] and he turned the generator back on quickly until I reached home safely.”

Omar Ghandour is not as lucky as Shehab, because his building in Hamra does not have its own generator. “Residents are subscribed to a generator owner” who supplies power to a large area in Hamra, he said, explaining that as a result the elevator works only when the building is supplied with state electricity.

“I live on the sixth floor so I prefer to take the elevator whenever possible, which I acknowledge is a risky choice because I experienced getting stuck in the elevator twice for more than 40 minutes,” he said.

To get himself out, Ghandour said he had to pull himself up emergency ropes to reach a door that his building’s caretaker then had to open for him.

“It is a terrifying experience,” because he said both times he felt he had trouble breathing, Ghandour noted.

Dalal Karam, who lives in the Mar Elias neighborhood, has decided to go old school. The 55-year-old suffers from lower-back pain, and has devised a simple system to cope with the power cuts and the subsequent elevator outages.

“I time my outings,” she said with an eye roll. “I don’t go out or come back home if we don’t have state or generator electricity.”

With the unpredictable public electricity schedule, Karam says she launched a campaign among her neighbors to turn on the buildings’ generator from 6:30 a.m. to 7:30 a.m., when she leaves home for work.

“They found it to be a great idea because many other neighbors prefer to take the elevator when they leave for work,” Karam said. “I then come back home at 3 p.m., when there is no generator power, so I either do grocery shopping or I visit my neighbor who lives on the ground floor until it is 4 p.m.,” when the generator comes back on.

Thanks to her plan, Karam says she has never gotten stuck in the elevator. Her daughter Karen, however, once made the mistake of banking on state electricity and got stuck for more than an hour.

“I had no signal to call my parents and cried for help for about 20 minutes before my neighbor heard me,” Karen said. “It took them an additional 40 minutes to find [the building’s caretaker], turn on the generator and save me.”

Like Karam, Maher Eid, a website developer, plans his outings around the outages. But he has little other choice: Eid uses a wheelchair, and the elevator is his only option for entering and leaving his building.

“People who commute via wheelchairs like me have been stuck in their homes since the beginning of the electricity crisis,” Eid told L’Orient Today.

He said that although technologies exist to take wheelchairs up and down staircases, they run on electricity and “are imported … [and] cost a lot of dollars.”

“I’m fortunate enough to live in a building that has a generator. I know a friend who doesn’t have this luxury so he has to be carried up and down the stairs.”

That friend, who asked to remain anonymous, told L’Orient Today that due to the crisis he is moving into a ground floor apartment that he has been looking for for months.

“Elevators and electricity have become a luxury in Lebanon, and ground floors a blessing,” he said.

BEIRUT — Living on higher floors has been the preferred option for many people residing in Lebanon, in large part because these floors often translate to a mountain or sea view. Real estate agents who spoke with L’Orient Today say that they sell higher floors for higher prices as they are more in demand. Lynn Shehab, however, is not happy about her family’s Ras Beirut penthouse, which...