Thousands of soldiers have reportedly already deserted the army amid the dire economic conditions plaguing the country, prompting the military to show more leniency and offer temporary solutions 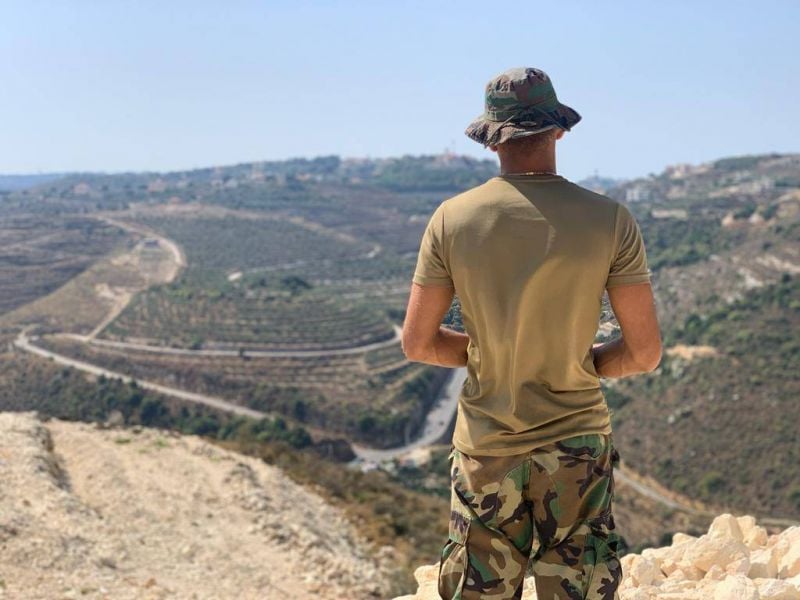 No longer able to maintain a decent standard of living with their salary, thousands are said to have given up their uniform. (Credit: Mohammad Yassine/L’Orient-Le Jour)

Before Rami decided to abandon his military duties, he did not hide from his family and friends that the conditions of his service were becoming untenable.

“It’s been a while now since our salary is no longer enough to secure a decent life. Before the crisis, our paycheck was enough, and soldiers could also count on medical coverage and family allowances,” Rami says.

But as the situation has turned into a full-blown crisis, things have changed.

“Today, my meager salary of LL1.3 million is almost nothing. I also live far from Beirut, and my salary is barely sufficient to pay for transportation. Buying something to eat would cost me double my salary,” Rami adds.

Distraught, he says he was “forced” to abandon his military service.

“Transporting construction materials in my father’s truck makes me more money in a day than I get in a month from the army,” the former soldier says.

Like Rami, thousands of other soldiers have reportedly abandoned their military services over the past two years as the country grapples with its worst economic crisis in decades.

Soldiers’ average pay is about LL1.2 million a month, rising to about LL2 million for ranking officers.

Before the crisis, these salaries coupled with various social benefits were an incentive for many young men to enlist in the army, especially those living in rural areas where the labor market is particularly limited.

Since the crisis’ onset, army salaries have lost 90 percent of their value because of the national currency’s depreciation against the US dollar.

What’s more, the 2021 draft budget, which has yet to be passed, seems poised to drastically reduce social allowances for soldiers and other civil servants; cancel the bank loans that previously had been granted to them at preferential rates, including housing loans; and reduce their retirement pensions.

Is a salary with a market value of merely $50, or $100 for senior officers worth all the sacrifices?

Serving in the army is no easy feat. Soldiers must go on duty for seven consecutive days, followed by three to four days’ leave.

They can collect their end-of-service indemnities after serving 18–25 years. At the current exchange rate of about LL21,000 to the dollar, soldiers’ end-of-service compensation amounts to about $7,000.

As a result, thousands of servicemen are estimated to have already deserted the army. Meanwhile, the soldiers who are still in service are taking up side jobs, although this in principle is not allowed for them.

While the actual number of soldier desertions remains difficult to assess, army sources say it is certain that since 2019, and for the first time since 2007, the number of those who abandoned military service, officially or clandestinely, is much higher than the number of newly enlisted soldiers.

The situation is the same for other security forces. In an Oct.7 interview with the journalist Marcel Ghanem on MTV, Interior Minister Bassam Mawlawi said that four ranking officers and 243 members of the Internal Security Forces have deserted so far.

General Security has reportedly lost an officer and 79 agents.

“How can you not leave when it costs LL80,000 a day in transportation fees, which is LL480,000 per week, with a salary of only LL1.3 million?” asks Samir, a soldier from Akkar, an area in the far north of the country that is known as the reservoir of military men.

“And if I have to add the cost of food and household expenses, nothing is left. It’s no longer a life. It’s a joke,” he laments.

Both deserters and truant soldiers are brought before the army correctional court and face varying prison sentences depending on their offense.

The army has, however, been turning a blind eye to some minor breaches.

A senior military source told L’Orient-Le Jour that the army and ISF officers have been showing more leniency toward soldiers who show up late for duty or are sometimes absent.

“We understand that some of the soldiers have to juggle several jobs in times of crisis in order to be able to continue their military service during these troubled times, which requires a lot more effort,” the source said.

Soldiers, however, are not allowed to take their weapons home, for fear that they may be tempted to sell them on the black market in a bid to make ends meet.

Lebanese Army spokesperson Col. Fadi Abou Eid told L’Orient-Le Jour, “The decision has been made to allow soldiers to leave their service if they so choose, with compensation only for those who have been in military service for more than 10 years.”

Other personnel, however, continue to face prosecution.

Alain served with the ISF anti-riot forces before he deserted three months ago, and he has since been prosecuted.

“I was injured during a demonstration and was recalled to duty before the end of sick leave due to the troubled situation in the country,” Alain recounts.

He says many of his friends are trying to talk him into coming back to the ISF, but he is desperate to the point that he dreams of packing his bags and leaving the country.

“I feel like a prisoner. I am no longer a law enforcement officer. My job was to keep order, but I was forced to go against my principles, because I could no longer make a living,” Alain says. 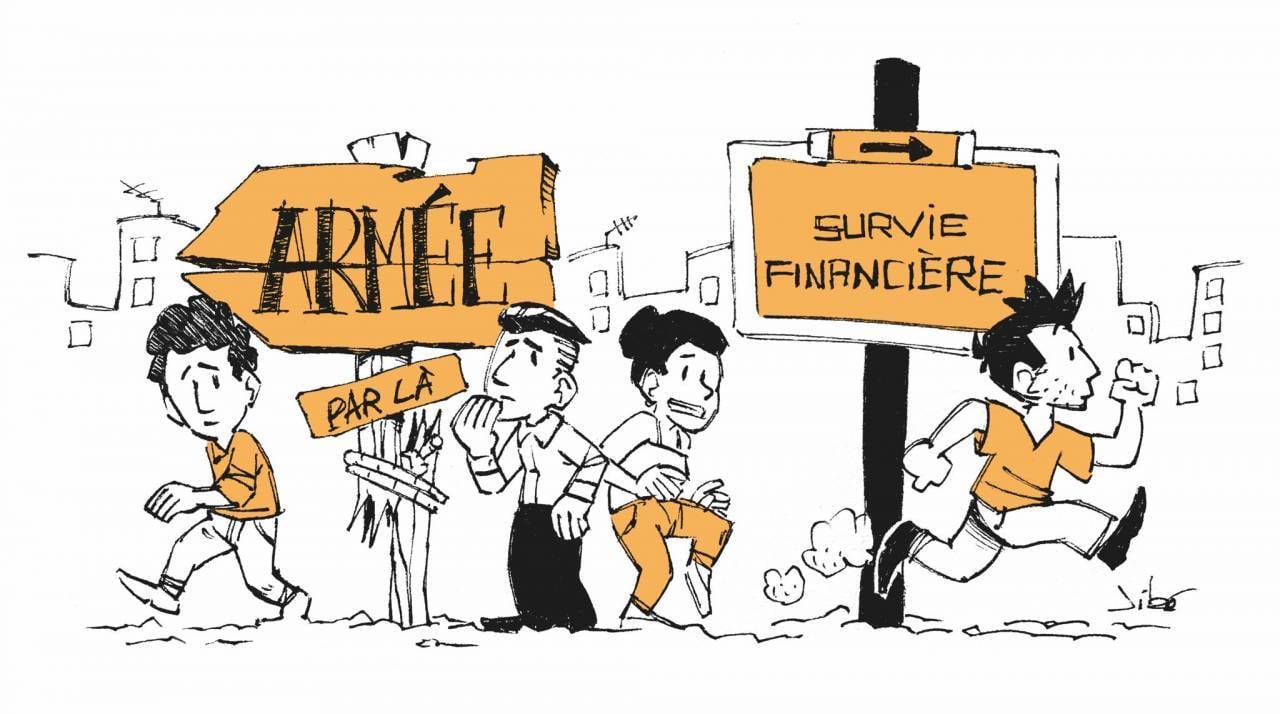 A salary and a half

Amid the depletion of military resources, the army command is trying to find a solution, albeit temporary, to help the remaining soldiers better cope with the situation.

Abu Eid said that army head Gen. Joseph Aoun is aware of the imminent danger hanging over the military institution if the crisis drags on.

He added that Aoun has toured several countries, notably neighboring Arab states, in a bid to secure aid for the army.

One of the measures Aoun has recently taken is to increase the number of buses available to transport soldiers to and from their duty stations to save them transportation costs.

An additional half salary a month will be paid over two months as another measure to alleviate the military personnel’s economic situation.

These short-term financial palliatives, however, will probably not be enough to stop the growing desertion numbers in the absence of any effective commitment from the political authorities.

Before Rami decided to abandon his military duties, he did not hide from his family and friends that the conditions of his service were becoming untenable.
“It’s been a while now since our salary is no longer enough to secure a decent life. Before the crisis, our paycheck was enough, and soldiers could also count on medical coverage and family allowances,” Rami says.But as the situation...