The Beirut international airport is holding up, for now

Photos of the unlit departure hall at Beirut’s Rafik Hariri International Airport have made the rounds on social media, sparking concerns about its situation amid crippling fuel shortages. 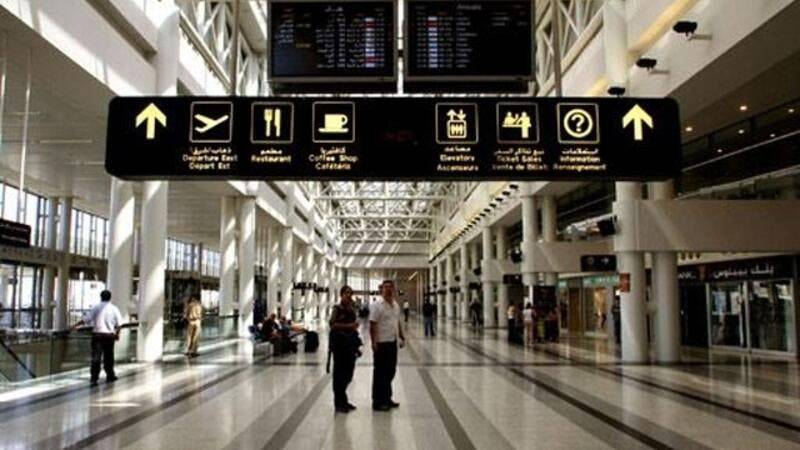 Social media has been awash with photos from the Beirut airport, where long queues of passengers line up in front of the check-in counters in almost complete darkness.

Will the fuel and electricity crisis eventually affect the airport to the same extent it has households, businesses and hospitals across the country?

“The government has given us priority, and we can always purchase diesel at the market price directly from the Zahrani Oil Installations [in the South],” he added.

For months now, Lebanon has been plagued by a fuel shortage crisis resulting in long hours of power outages, with little to no state electricity being provided and the private generators typically used to bridge such gaps running out of the diesel that fuels them.

Commenting on the photos disseminated on social media, Hassan explained that the intermittently darkened concourse is caused by short delays in starting generators when the state electricity is cut off.

“This is why some of the power goes out briefly, causing some passengers to panic and start taking pictures,” Hassan said.

But even if the airport can secure its own fuel supply, does it not find itself forced to save energy?

“We happen sometimes to turn off the air conditioning in some rooms, but the lights and machines are always on in order to guarantee the safe and smooth operation at the airport,” Hassan explained.

But the fact remains that the crisis has increased pressure on the airport, especially at the end of August, a period of a much higher than usual number of departures due to the end of the summer vacation.

“Every year during this time, the airport becomes very busy with delays happening from time to time. But this year, the crisis made things worse,” said Jean Abboud, head of the Syndicate of Travel and Tourism Companies in Lebanon.

“In fact, at the start of the summer vacation, Lebanon saw a large influx of expatriates coming in for a visit for long or short stays. But with the worsening situation and crippling shortages, many decided to leave at the same time,” he added.

Abboud continued, saying, “Added to this is the wave of emigration, mainly on the part of students and professionals. This is not to mention measures related to COVID-19, which vary according to the flight destinations — all of this slows everything down. These ingredients are the perfect recipe for a chaotic situation at the airport.”

He, however, stressed that there were no operational failures at the airport.

‘We are counting on the state’

Despite having endured long hours of waiting and delays, travelers confirmed that the airport is still functional.

“My flight to Canada was delayed for two hours. The wait was endless. But all the machines at the airport were working normally,” said a young Lebanese who wished to remain anonymous.

Meanwhile, a tour operator with more than 30 years of experience at the Beirut airport, said, “During this time of the year, like in many countries around the world, airports are generally overloaded.”

“The problem of the Beirut Airport is that it is too small and cannot take the extra pressure. But other than that, the airport is operating normally,” he added.

A few days ago, however, the baggage conveyors stopped working, crippling all activity for almost two hours.

“This was probably a technical issue. But this incident really shows how important it is to keep the machines running at the airport,” Hassan said.

But as the situation continues to deteriorate in Lebanon, which has been grappling with a devastating crisis for over two years, have emergency plans been drawn up to ensure the supply of diesel at the airport?

“You know, if one day there’s no more diesel at all in the entire country, well, then it is what it is. I can’t assure you of anything today. We are counting on the state and the government to help us maintain our fuel supply,” Hassan said.

“Of course, it would be completely unacceptable to plunge the airport into darkness. If we reach a point where we can longer import diesel for the airport, the latter could buy it at the market price, as some manufacturers are doing today,” Najem said.

Social media has been awash with photos from the Beirut airport, where long queues of passengers line up in front of the check-in counters in almost complete darkness.Will the fuel and electricity crisis eventually affect the airport to the same extent it has households, businesses and hospitals across the country?“No, we are not running out of fuel at the airport,” Fadi al-Hassan, director...