On the plates of Lebanon’s middle class: The financial crisis has drastically altered grocery shopping habits

A huge portion of the population has had to change its eating habits because of the crisis. 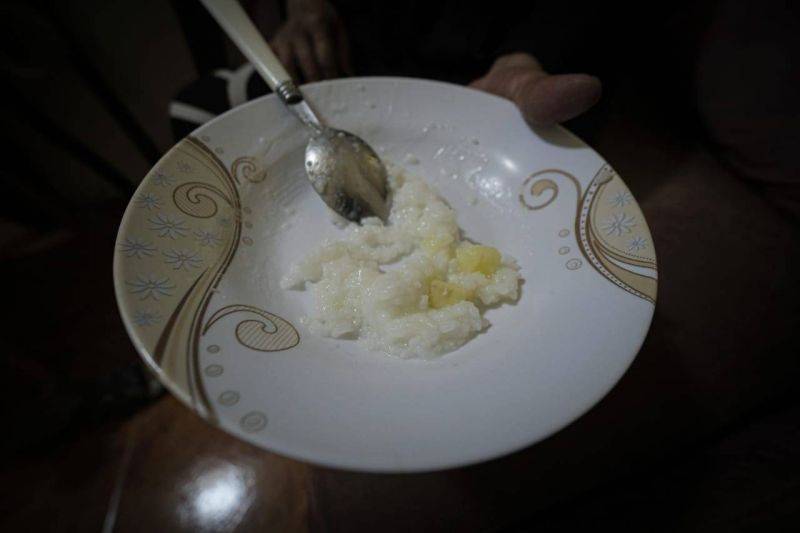 Doctor, judge, university professor, engineer: these were all professions that parents in Lebanon once dreamed of for their children. The holders of these roles were seen as the cream of the crop in society — and these jobs were a guarantee of a good standard of living.

However, since late 2019, Lebanon has been grappling with a devastating economic crunch that has brought more than half of the population below the poverty line.

As a result, the middle class’ purchasing power has been severely affected, prompting people to change their dietary habits and “make do” with what they can afford.

There was a time when people of the middle class could walk past the supermarket shelves reaching out for the products they wanted without even having to check the prices.

The Lebanese lira value at the time allowed an entire portion of the population to have access to many foreign goods. But with the depreciation of the national currency, which has now lost more than 90 percent of its value, the situation has changed.

“Shopping for groceries has become a nerve-wracking venture,” says Mohammad*, a professor at a private university.

“Today, I only buy the cheapest and necessary products at the supermarket. The days of cheese and wine aperitifs are gone” Leila*, a 38-year-old judge says.

Same thing for Cosette*, 57, who is an endocrinologist in one of the country’s most prestigious hospitals. “Before, I never looked at the prices. Today, this is no longer possible,” she says.

Since the beginning of the economic crisis, her cash flow has declined significantly, and her medical appointments have dropped by 50 percent.

“My patients have either left the country or can no longer afford treatment. Or they are afraid of the new fees,” she adds.

Cosette used to charge LL105,000 (or almost $70) for a consultation, but even though she has now almost tripled her fees given the situation and charges LL300,000 the dollar value of this rate —$15 — is less than a quarter of what she used to make. Not earning as much as before, she has found herself forced to change her dietary habits.

“I no longer pass through the charcuterie or French cheese aisles, or [those of] any other imported products for that matter. This is not to mention that many brands have disappeared from shelves,” Colette explains.

She adds that going to the supermarket brings new surprises at the checkout every day: “Prices increase overnight,” she says.

The lira value keeps fluctuating with every political and economic development in the country.

Most recently, when Prime Minister-designate Saad Hariri resigned on July 15 from the task of forming a government , the dollar jumped over the threshold of LL20,000 for the first time.

“Now I know that I can’t afford to buy certain items, so I don’t even look at some shelves anymore,” says Marwa*, a secondary school teacher.

She gets paid LL3,500,000 a month, which is less than $175 at the parallel market rate. In order to get by, she now deprives herself of some of the things she used to enjoy.

Meat, chicken, fish are items that are increasingly missing from middle-class households.

“My purchasing power is taking a nosedive,” Elie*, a 50-year-old university professor says. His salary is LL6,000,000 per month, which is less than $300 a month at the parallel market rate.

“We eat less meat now. We buy it in small quantities. We no longer get chocolate boxes, only a few pieces,” he adds.

Nabil, a doctor, was supposed to retire, but with the high cost of living he found himself forced to continue working. “We continue to buy stuff but not like before. We eat less chicken and make meatless dishes,” he says.

But these changes in dietary habits are not without consequences on health.

According to Mireille Rizk-Corbani, a dietitian and nutritionist, “It is not just a problem of access to protein but also to fruits and vegetables. All this negatively affects people’s health.”

“For children, this [food] insecurity and instability leads to chronic stress, which affects hormones and impacts mental and physical growth. For years, we have noticed that the stress effect on children in Lebanon has led to autoimmune diseases, such as type one diabetes,” Rizk-Corbani explains.

She continues, “And with the situation we are embroiled in, it can only get worse.”

Meanwhile, adults are at risk of obesity.

“Finding substitutes for animal proteins is not easy, because these are imported products and therefore expensive. They usually include dried fruits, lentils and chickpeas,” Rizk-Cobani says.

“Now, we are opting for more traditional dishes. At our home, we cook everything with oil, like green beans or okra. We eat lentil puree (mujadara), bulgur with potatoes, or pasta with yogurt. But even yogurt has become expensive lately, ” Elie says.

When it comes to chocolate, known imported brands from the US and Europe are out. Instead, the middle class is opting for substitutes.

“Now, I am buying chocolate coming from Turkey, for example, because it is cheaper,” Nabil says.

Meanwhile, Rizk-Corbani warns, “We really don’t know what kind of sugar or artificial preservatives are used in these products. The Lebanese are eating ‘unsafe food.’”

For others, small treats and sweets are simply no longer on their shopping lists.

“I used to buy four or even five different kinds of cereal. I had drawers full of chocolate, I had ice cream. I don’t get them anymore because the prices have become prohibitively expensive,” Cosette says.

For Marwa, it’s become impossible for her to purchase branded cheese spreads, and sometimes even oil or any cheese. As for other dairy products, she opts for labneh, but knows that if the situation further degenerates, she will no longer be able to even afford that.

Others took advantage of the coronavirus lockdown earlier this year to make homemade products.

Solange, 38, is an agricultural engineer and a mother of two. She makes her own labneh, almond milk and snacks for her children at home.

“Before, everything we ate was organic. Now we buy fruits and vegetables from the village or the local greengrocer,” she adds.

For Mohammad, a 28-year-old engineer, the economic crisis has brought him to a revelation: “In fact, this crisis made me realize that everything was falsely built in this country. It was not normal to be able to consume as much as we did.”

*Names have been changed at the interviewees’ request.

Doctor, judge, university professor, engineer: these were all professions that parents in Lebanon once dreamed of for their children. The holders of these roles were seen as the cream of the crop in society — and these jobs were a guarantee of a good standard of living.However, since late 2019, Lebanon has been grappling with a devastating economic crunch that has brought more than half of the...